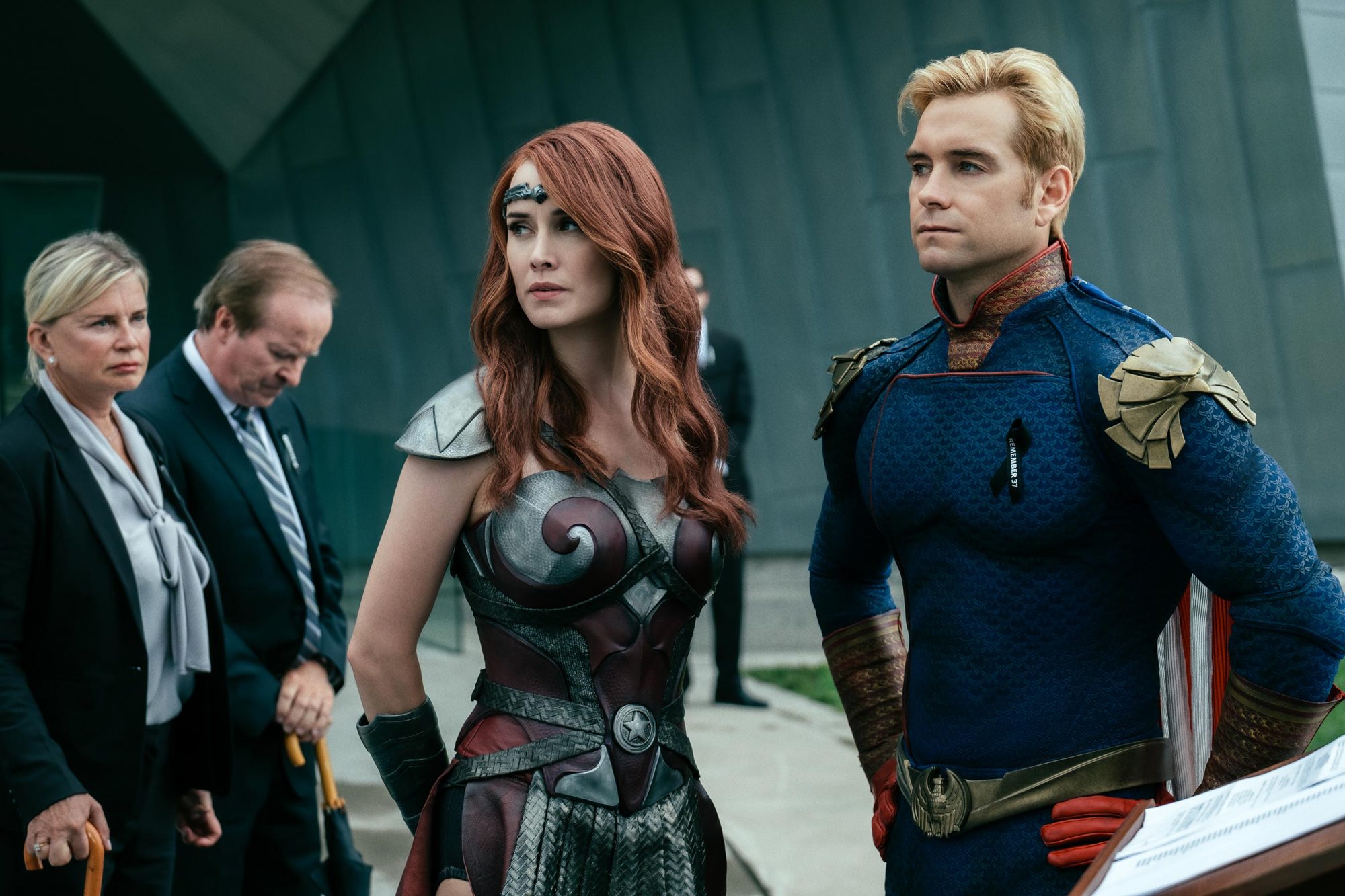 ‘The Boys’ universe is officially expanding.

Jaz Sinclair, Lizze Broadway, Aimee Carrero, Shane Paul McGhie, Reina Hardesty, and Maddie Phillips are set to star in this YA spinoff, which Deadline describes as part college show, part Hunger Games that “explores the lives of hormonal, competitive Supes as they put their physical, sexual, and moral boundaries to the test, competing for the best contracts in the best cities.” The show takes place in the only college, run by Vought International, solely for young-adult superheroes.

Reports first surfaced just over a year ago as Amazon Studios was looking to fast-track development of a spinoff written by The Boys executive producer Craig Rosenberg after Season 2 of the Emmy-nominated series became the most-watched global launch of an Amazon Original series ever.

“Much like Mork & Mindy spun-off from Happy Days—which is an insane and true fact—our spinoff will exist in the Vought Cinematic Universe, yet have a tone and style all its own. It’s our take on a college show, with an ensemble of fascinating, complicated, and sometimes deadly Young Supes,” Eric Kripke, The Boys executive producer and showrunner, said. “Michele and Tara are stone-cold geniuses, we’re thrilled to have them steer this ship, and grateful to Sony and Amazon for the opportunity. We love this show and can’t wait for you to see it.”

We can’t wait to learn more about it!

Jada Pinkett Smith and Willow Smith both almost got BBLs — but didn’t. via People: “I’m glad we’re here talking about this today, the BBLs, because I was considering getting one,” Pinkett Smith, 50, tells Willow, 20, and mother Adrienne Banfield-Norris in the clip. “Me too!” Willow exclaims, before explaining that she ended up deciding not to get the procedure. “I considered getting the tiniest little bit, but then I just […]