That ‘Skin Color’ Comment: Oprah Reveals The Queen & Prince Philip Were Not The Royals Who Questioned Baby Archie’s Skin Tone As Prince Harry & Meghan Admit Racism Made Them Leave BRF

Meghan Markle and Prince Harry’s bombshell interview aired last night, and it was A LOT to unpack. One highlight from the interview was conversations being had about how “dark” Baby Archie’s skin would be before he was born and now everyone wants to know WHO made the comments. We now know it wasn’t the Queen or her husband Prince Philip.

More about the controversy surrounding Baby Archie’s skin tone, Prince Harry’s admission that racism caused him to leave the U.K., PLUS bonus clips from the interview inside…

For the first time since leaving the U.K and stepping down as senior royals, Meghan Markle and Prince Harry share their side of what went down and what led to their departure in a tell-all interview with media mogul Oprah Winfrey.

There were several bombshells dropped throughout the interview, but there was one that even floored Oprah.

The former “Suits” actress revealed that the “firm” (a term she used to describe the monarchy) had “concerns and conversations about how dark [Archie’s] skin was going to be when he was born.”

Meghan and Harry were told Baby Archie would not receive an official title, which Meghan said was “different from protocol.” The couple was also told security would NOT be provided for Baby Archie (now 22 months) or Meghan. The couple did not specify WHO in the family had concerns about Archie’s skin tone.

Later in the interview, Oprah pressed Harry about who had concerns about Archie’s skin tone, but he decided to protect that person (or persons).

“That conversation I’m never going to share, but at the time it was awkward,” Harry explained. “I was a bit shocked. That was right at the beginning when she wasn’t going to get security,” he continued.

Appearing on “CBS This Morning” with her bestie/co-anchor Gayle King, Lady O shared more details and clips from the explosive interview, revealing a tidbit Prince Harry told her off-camera. Harry confirmed to Oprah that Queen Elizabeth II and Prince Philip were NOT the royals who made comments about Archie’s skin tone.

“He did not share the identity with me,” Oprah said. “But he wanted to make sure that I knew, and if I had an opportunity to share it, that it was not his grandmother, nor his grandfather that were part of those conversations. … He did not tell me who were a part of those conversations. As you could see I tried to get that answer, on-camera and off.”

WATCH: @Oprah says “it was not his grandmother nor his grandfather” that were a part of the conversations about Prince Harry & Meghan’s baby’s skin color. #OprahMeghanHarry pic.twitter.com/LpPLmkUEFR

Now we know it wasn’t the Queen or Prince Philip spewing racism about their grandson. So who was it? We’ll leave you all to come to your own conclusions on WHO likely was concerned about Archie’s skin being too “dark.”

During the interview, Harry shared with Oprah that he left the royal family and the UK due to “lack of support” and “lack of understanding.” Harry also directly called out racism as the reason he and Meghan left the UK in a bonus clip.

“Did you leave the country because of racism?” Lady O asked.

“It was a large part of it,” Harry said.

Then he went on about an interaction that happened at a fundraiser during his drama with the British tabloids.

“One of the people at that dinner said to me, ‘Please don’t. Please don’t do this with the media.’ They will destroy your life. This person is friends with a lot of the editors. So I said, ‘Just elaborate by what you mean by that?’ He said, ‘You need to understand the UK is very bigoted.’ I stopped and I said, ‘The UK is not bigoted. The UK press is bigoted, specifically the tabloids. Is that what you mean?’ He goes, ‘No, the UK is bigoted.’ And I said, ‘I completely disagree.’ But unfortunately if the source of the information is inherently corrupt or racist or biased, then that filters out to the rest of society.”

#EXCLUSIVE: Prince Harry reveals to @Oprah a “large part of” the reason he and Meghan left the UK was because of racism. #OprahMeghanHarry pic.twitter.com/ksAZWargg1

Oprah said it was a challenge to trim down the three-hour, 20 minute interview into the two-hour primetime frame.

During another unseen segment, The Duke & Duchess of Sussex compared Meghan’s treatment by the tabloid press to that of Kate, Duchess of Windsor, and Buckingham Palace’s reactions to the coverage. Peep the clip below:

In another clip, Meghan opened up about feeling betrayed by her father, Thomas Markle, and how his cooperation with the tabloids started the controversy:

By the way, it was revealed Meghan’s father has never met Baby Archie or Prince Harry.

Author and activist Dr. Shola Mos-Shogbamimu was featured on a panel for “Good Morning Britain” today to talk about the tell-all interview. And sis DRAGGED journalist Piers Morgan to FILTH for his “disgusting” comments about Meghan.

Piers didn’t like me calling him a liar and disgrace for using coverage of paper headlines of #MeghanAndHarry Engagement and Wedding while conveniently ignoring the headlines BEFORE the Engagement and BETWEEN it and the Wedding. #OprahMeghanHarry pic.twitter.com/VHRV5PsAgg

Very much deserved. Thank you, Queen.

Also, there was talk that Meghan & Harry filmed the interview at Gayle King’s California mansion, a report Gayle herself denies.

“They were not paid for the interview and the interview was not at my house,” Gayle said. She denied owning a “California mansion.”

Oprah did reveal the interview was taped at a friend’s mansion in California, but she didn’t name who the person was.

Need a laugh? Swipe through the hilarious meme reactions to Meg & Harry’s interview below! 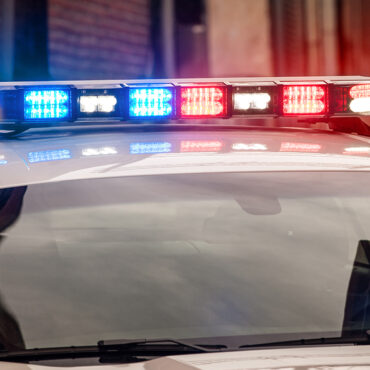 A minor was arrested last week in connection to multiple attempted armed carjackings. What We Know: Washington D.C. police reported that the incident began last Thursday at around 6:30 pm in Northeast Washington when two male carjackers began approaching drivers with a handgun and telling them to exit their vehicles. NBC News reported that the first three attempts to steal a car were unsuccessful when the victims refused to comply […]