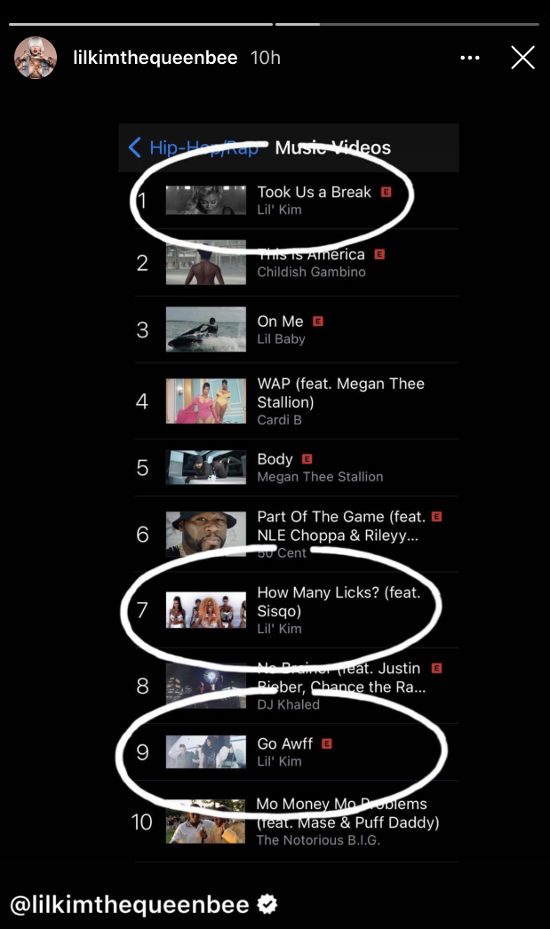 Lil Kim reveals the only person in the industry she wants to play her in a biopic would be Teyana Taylor. Naturally, Teyana – a huge Lil Kim fan – said she would be honored to do so. Peep their exchange inside…

With everyone getting a biopic these days there’s no surprise one would be done on one of the hottest female rappers in Hip Hop: Lil Kim.

While nothing is official and deets are scarce, Kim does have something in the works.

“I have a secret, but I can’t tell you,” she said during a video conference interview with ESSENCE. “It’s dealing with me and my life a little bit, kinda.”

We’ll get the full deets about the project by next month, according to Kimmy. While she didn’t elaborate on what she’s working on, the NYC raptress said she’s looking to produce both a movie and a documentary-style project about her life to put some of the rumors about her to rest.

“I want people to know the real Kim. All the other stories that everybody else tells, chile, don’t listen to it,” she said.

In 2009, Naturi Naughton portrayed Lil Kim in the Notorious B.I.G.’s biopic, Notorious and she was NOT happy about it. She made it known she didn’t like who played her and that she would have never approved. When asked who she would like to play her in her own biopic she said it would be multiple people because she would have to find the perfect actress for each stage of her life. As for who she would want to play her as a young adult, she chose triple threat Teyana Taylor.

“It can only be a girl that’s from the hood that I’m from,” she said. “I love Teyana, she’s my only other thought. There’s nobody else in the industry at all but Teyana. But, even before Teyana — I love Teyana, but she’s from Harlem –before Teyana, I would love to give some little girls from Brooklyn a chance so I can connect. Really connect.”

“I would go to Brooklyn and find a girl within that period that I feel represents Brooklyn, knows what it’s like to grow up in Brooklyn,” she said. “And then once I got in the movie and I get a little older, I would play myself from that stage. But from that point, I gotta go to Brooklyn and give some little girl from Brooklyn a chance to really, really show, I know who Lil Kim is for real.”

That would be dope. Peep the interview above.

Teyana – who is a huge Lil Kim fan – said she would be honored to play Kim in a biopic:

@TEYANATAYLOR SLAYED this performance in honor of Lil’ Kim pic.twitter.com/CapHAvCmD2

Teyana Taylor performs All About the Benjamin’s in homage of Lil’ Kim pic.twitter.com/zwfUZGmAEf

This is a case for @netflix. Please don’t ask who I would cast to play me as it would obviously be @TEYANATAYLOR. pic.twitter.com/acGbBKGFfH

Everyone wants Teyana to play them in their biopics! Last month, legendary singer Dionne Warwick revealed she wanted the “Wake Up Love” singer to play her in a biopic series for Netflix.

Lil Kim started trending on Twitter last night after Keyshia Cole rapped her verse on “Let It Go” during her VERZUZ Battle against Ashanti. Some fans were saying Kim saved Keyshia during the battle when she played “Let It Go,” featuring Kim and Missy Elliott. Oop.

Kimmy shared a clip of Keyshia rapping her verse on her IG Stories:

And she also shared a screenshot of her music videos climbing the Apple Music charts:

Are you here for Teyana playing Lil Kim in a biopic? 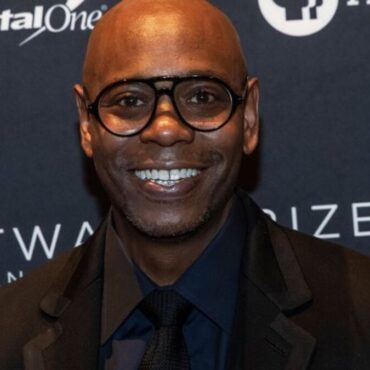 Dave Chappelle tested positive for the coronavirus just prior to his comedy show scheduled for Thursday, demanding his future appearances to be canceled, a spokeswoman said. What We Know: Chappelle was expected to play Thursday through Sunday at Stubb’s Waller Creek Amphitheater in Austin, Texas. “Dave Chappelle is quarantined after testing positive for COVID-19,” the comedian is asymptomatic his representative Carla Sims said in a statement. “His remaining shows at […]