Teyana Taylor, Iman Shumpert & Their Kids Are Headed To Reality TV This Fall

The Shumperts are headed to television this fall! Deets on their new reality show inside…

We love seeing Teyana Taylor and Iman Shumpert’s family fun on social media. And the fun will continue as they have been tapped to star in another reality series.

In 2018, Tey & Iman let the world into their home for their VH1 series “Teyana & Iman.” That show only lasted one season. Now, they’re making their way to E!

The Shumperts will give an unfiltered behind-the-scenes look at their lives as they continue to build their empire while juggling music, fashion, business and family with E!’s “We Got Love Iman & Teyana.“ The power couple are also executive producers of the upcoming series alongside STX Unscripted.

We can’t wait to see Lil Junie work her magic in front of the camera. Here’s a dose of what’s to come:

It’s Junie for us! Fans will also get to see the 5-year-old on big sister duty with her little sister, Rue Rose, who was born in September 2020.

“We Got Love Iman & Teyana” and it’ll premiere on the network this Fall. Will you be watching?

ABC recently announced its award winning comedy “black-ish” was renewed for Season 8, but it will be the hit series’ last season.

”We are humbled to have been the home of ‘black-ish,’ a show that has given voice to the Black experience through humor and heart. We look forward to celebrating the series and its cultural impact with the upcoming season 7 finale, and its eighth and final season,” said the show’s caption on IG.

In other TV news, “Real Housewives of Atlanta” star Kandi Burruss just copped a new spinoff titled “Kandi OLG Project,” which will follow all the drama with husband Todd Tucker and the Old Lady Gang, including Mama Joyce, and Aunts Nora and Bertha.

Also, Laverne Cox has been tapped as a new host of E!’s Red Carpet coverage, She’ll make her red carpet debut at the 2021 Peoples’ Choice Awards, which will air on Tuesday, December 7th. 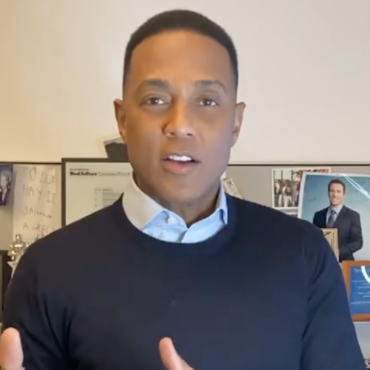