Jenna Ryan, the real estate agent, documented a large part of her participation in the Capitol chaos on social media

A Texas real estate agent who flew in a private jet to Washington, D.C. in support of President Donald Trump has been arraigned for her participation at the infamous riot at the U.S. Capitol last week.

Jenna Ryan, the real estate agent, was charged for disorderly conduct and knowingly entering or remaining in a restricted building without lawful authority, The Daily Beast reports. Ryan, who also works as a life coach, documented a large part of her participation in the chaos on social media.

According to the criminal complaint filed against her in the U.S. District Court for the District of Columbia, Ryan flew to the nation’s capital one day before the Jan. 6 riot. She updated her social media followers of the activities before, during and days after the calamity on Capitol Hill.

On the day of the riot, Ryan posted on her Facebook page: “We’re gonna go down and storm the capitol. They’re down there right now and that’s why we came and so that’s what we are going to do. So wish me luck.” The post was a caption to a bathroom selfie, including the statement, “This is a prelude going to war.”

Ryan was one of the thousands who descended on the U.S. Capitol complex on the day that members of Congress had commenced a joint session with senators in order to certify electoral votes for President-Elect Joe Biden from the November election. President Donald Trump held a rally near the White House prior to the siege, telling his supporters that they were going to march to the Capitol in an effort to overturn the results of the election.

Once at the Capitol, Ryan filmed herself among the rioters while walking through the Capitol Rotunda. In a now-deleted video, she said “We are going to f—–g go in here. Life or death, it doesn’t matter. Here we go,” according to the Daily Beast report.

She also posted photos of herself at the Capitol beside a broken window. She later posted on Twitter, “We just stormed the Capital. It was one of the best days of my life.”

In another post that included three pictures, Ryan said, “Today was a great example of what America is all about.”

On Jan. 8, Ryan posted an official statement about the insurrection and the violence that took place. “I was invited to go to Washington, D.C. by a friend to witness the march,” Ryan wrote. “Unfortunately, what I believed to be a peaceful political march turned into a violent protest.

Many other the rioters who were seen via social media were apprehended prior to Ryan.

TheGrio reported that an image of Jacob Anthony Chansley, a rioter who was seen with red and blue face paint wearing a horned hat, went viral and that he was arrested on Jan. 9.

The man faces federal charges of knowingly entering or remaining in a restricted building or grounds without lawful authority, violent entry and disorderly conduct on Capitol grounds, demonstrating in a Capitol building, civil disorder and obstruction of an official proceeding.

Richard Barnett, the man who was photographed in House Speaker Nancy Pelosi‘s office and taking a piece of mail from her desk, was arrested on Jan. 8, according to NBC News. He, too, is in federal custody and is charged with entering and remaining on restricted grounds, violent entry and theft of public property.

The post Texas realtor who traveled to DC on private jet arrested in Capitol riot appeared first on TheGrio. 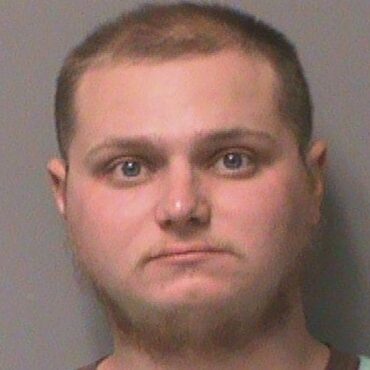 Michael McKinney, who left the Iowa National Guard in 2017 after a five-year military career, faces 25 years in prison if convicted A white military veteran shot and wounded a 15-year-old girl when he fired his gun into a car carrying four Black teenagers during a tense confrontation at a rally in support of President Donald Trump near the Iowa Capitol last month. Michael McKinney, 25, is charged with attempted […]