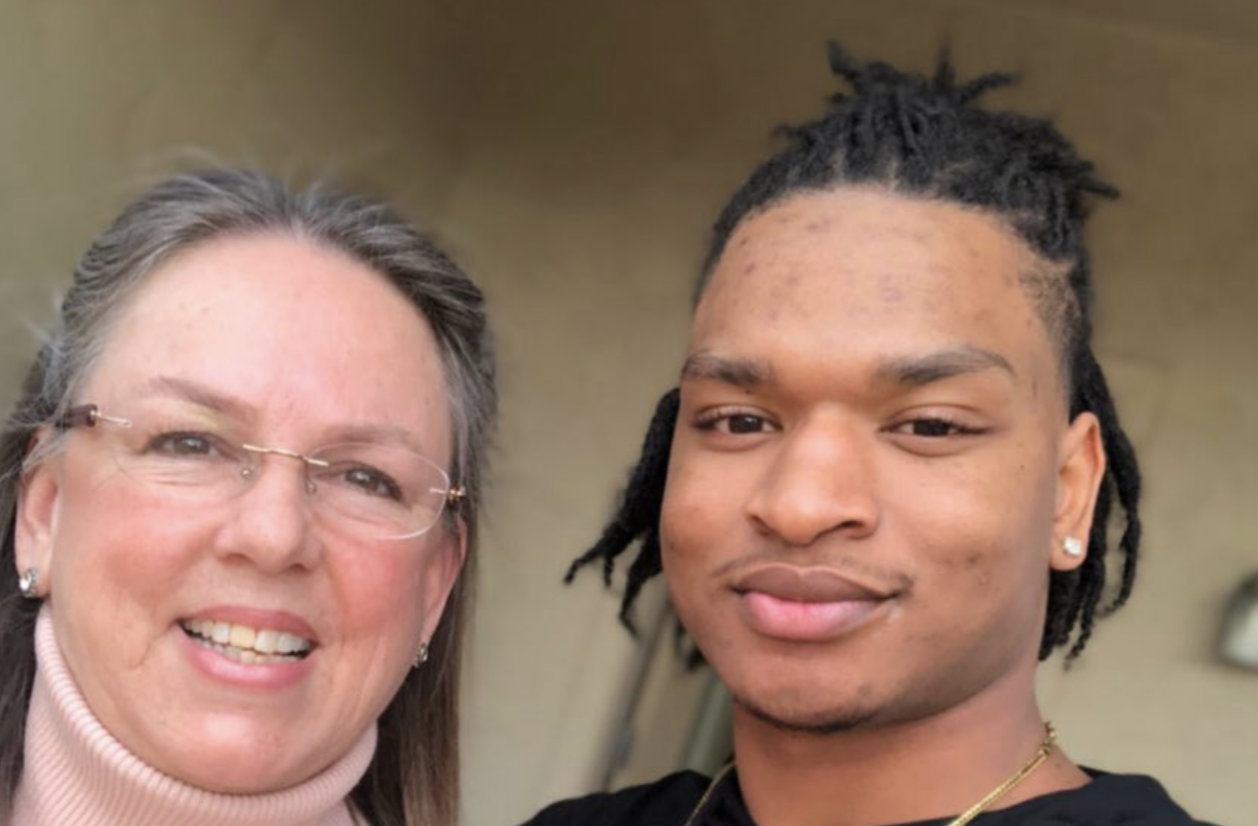 The pals first met in 2016 when Dench invited Hinton over for dinner through a text that was meant for her 24-year-old grandson. Because her grandson had switched his phone number, the message was sent to Hinton, then 17, instead.

There was some initial confusion, and the two sent selfies to each other that confirmed the mix-up. But when Hinton asked if he could still come over for dinner, Dench, now 64, texted back, “Of course you can. That’s what grandmas do … feed everyone,” according to ABC News.

The two ended up forming an unlikely friendship — and neither has let Thanksgiving pass without continuing their annual tradition.

“We are all set for year 6!” Hinton, now 22, tweeted on Sunday alongside a screenshot of a text message from Dench inviting him, his girlfriend Mikaela and his family for Thanksgiving once again.

Hinton also shared a photo of him, Dench, Mikaela and Dench’s late husband Lonnie, who died in April 2020 after a battle with COVID-19.

Speaking about their holiday tradition, Hinton previously told PEOPLE that “it was so unexpected, but she was just so sweet about it.”

“It was a reminder that there are still some good people left in this world,” he added of Dench. “She is a very sweet lady, she told me her husband was a veteran and she always invited his friends over for dinner, so she’s used to having a lot of people over. I just got a vibe from her that made me feel at home.”

Dench was also impressed by their first meeting, telling NBC Nightly Newsthat she and Hinton had immediate chemistry.

“I just clicked when I met him and first talked to him,” she explained to the outlet. “I thought, ‘Oh my gosh, I want to get to know this guy.’ “

Through the years, Hinton has documented each holiday gathering on his social media, often snapping photos with Dench and her husband in their Arizona home.

Hinton and his girlfriend have also gotten together with the Denches outside of Thanksgiving, including in 2019 when they went to a pumpkin patch together, according to Hinton’s Instagram.

“Blessed to have such wonderful people in our lives,” Hinton wrote of another 2019 selfie with Dench and her husband.

In early April 2020, Hinton revealed on Instagram that Dench and Lonnie had both tested positive for COVID-19.

“I am so sad to announce that Wanda and Lonnie both have COVID-19 and that Lonnie is currently in the hospital fighting both COVID and Pneumonia please send words of love and encouragement their way,” he wrote.

Just seven days later, Hinton shared the heartbreaking news that Lonnie had died on April 5 due to complications from the virus.

“Wanda told me all the love and support he was receiving put a huge smile on his face so I thank every single one of you guys for that!” he added in the Instagram post.

Despite her husband’s death, Dench still held Thanksgiving at her house that year and invited Hinton and Mikaela to join.

Like previous years, Dench and Hinton snapped a photo together that Thanksgiving — but also made sure to honor Lonnie by holding up a photo of him in the shot.

“This Thanksgiving, along with all the holidays coming up, aren’t going to be the same as past ones but we will make the best of it,” Hinton wrote in an Instagram post. “Rest In Peace to Lonnie and everyone else we lost this year we will miss you greatly. Thank you for being in our lives.”

As their sixth holiday together quickly approaches, Dench — who grew up as a military child because her father served in the Navy, according to ABC News — is standing behind her belief that family isn’t just those who are related.

“We moved around a lot so I was always going to new places. And so strangers were not strangers to me,” she told the outlet. “Family is more than blood. It’s the people you want to be with.”

This warms our hearts. 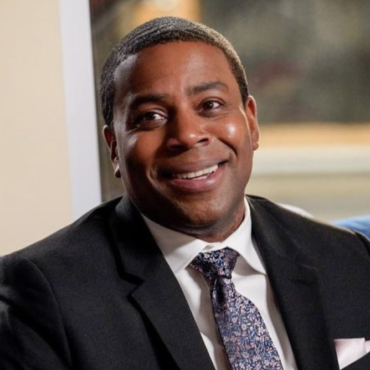 Kenan Thompson has reportedly sold a memoir for $1 million. via Page Six: A source said that the comedian had two book concepts in the works and that he sold the humorous memoir for a seven-figure payday. A rep for “SNL” had no comment. It would be the first tome for Thompson — but the book arrives in a long line of printed matter by “SNL” stars and alumni, including Tina Fey, Tracy Morgan, David Spade, Colin […]