Taraji P. Henson is gearing up for a live performance where she will terrorize little orphan girls in NBC’s holiday musical, “Annie Live!” She’s set to play the orphanage’s cruel manager, Miss Hannigan. Deets inside…

Now, she’s set to flex her acting talents in a live situation.

The award-winning actress will play opposite a soon-to-be-discovered young star as the network kicks off a nationwide casting search for the titular role of Annie. Auditions will happen virtually.

“Carol Burnett, who brought Miss Hannigan to life in the classic 1982 movie, is someone I have studied and idolized as far back as I can remember,” Taraji told Deadline. “So when the opportunity came to me to join NBC and this incredible group of producers, I jumped. Carol, I hope to do you proud.”

“When we decided to bring back NBC’s holiday musical tradition, we were looking for something that was critically acclaimed and universally beloved – and while that’s definitely the case with ‘Annie,’ it absolutely applies to Taraji as well,” said Susan Rovner, Chairman, Entertainment Content, NBCUniversal Television and Streaming. “Watching her take on this iconic role will be a thrill that has all the makings of must-watch television.”

“Annie Live!” will be executive produced by Robert Greenblatt, Neil Meron, and Alex Rudzinsky, with Lear deBessonet and Alex Rudzinski sharing the directing duties. Choreography will be led by Sergio Trujillo. Paul Tazewell will design costumes. Jason Sherwood will orchestrate production design. Stephen Oremus will oversee the music direction. The live event is being produced by Chloe Productions.

We’re here for it. We love you, Miss Hannigan!

Appointment TV Is Back For Summer 2021: A List of Must See Summer Shows To Watch 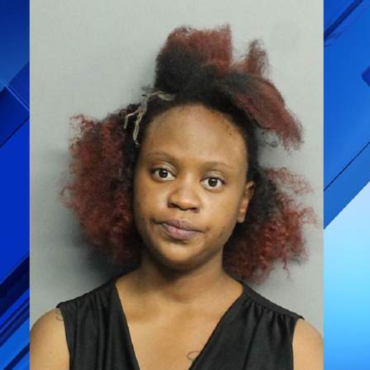 Police arrested 19-year-old Hialeah resident Bryunna Joyce after her ex-boyfriend sent Joyce suffocating videos and repeatedly slapped her 5-week-old daughter to a Florida Department of Children of Families caseworker. Officers imposed felony charges such as child abuse, child neglect, and domestic strangulation on Joyce on Monday. What We Know: Joyce began abusing her daughter after an argument with her baby’s father. She sent him multiple disturbing videos and falsely claimed […]