Tamar Braxton Says Firing From ‘The Real’, Not Having A Real Relationship With Family Or Logan Led To ‘Fog’ & Suicide Attempt 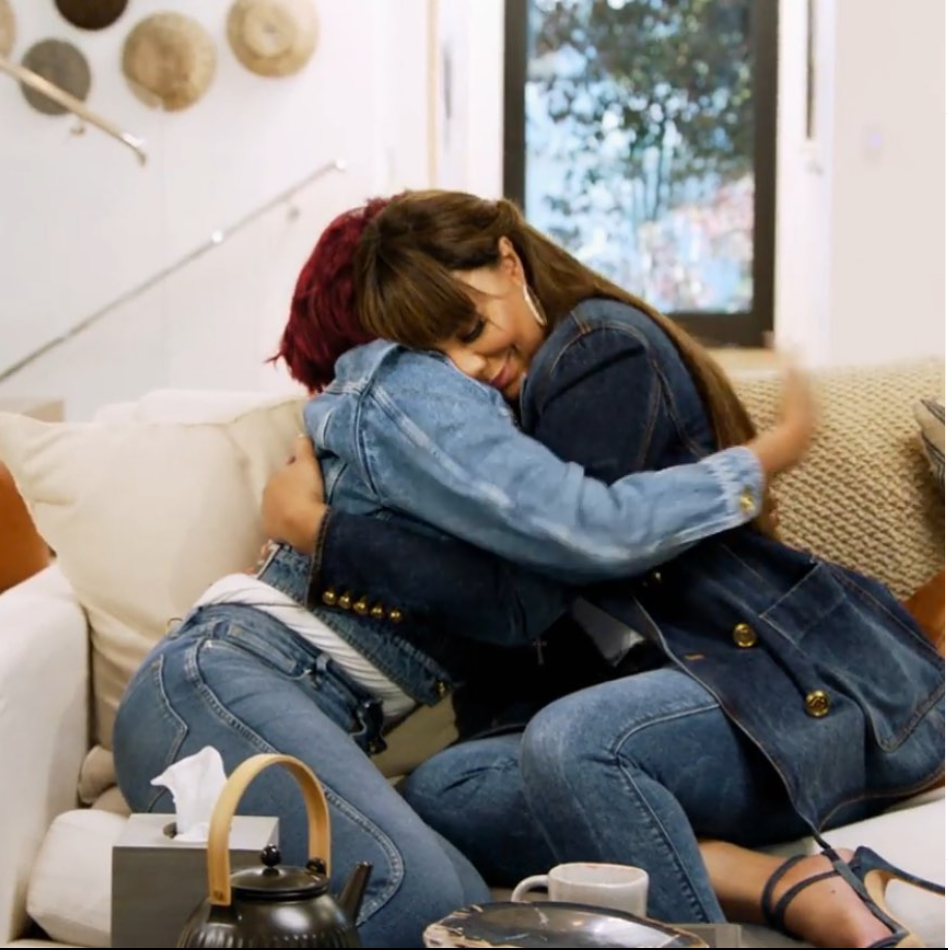 Tamar Braxton says she received the hugs and love she needed while speaking to Taraji P. Henson during the “Empire” star’s new Facebook Watch show focusing on mental health.  Watch their full emotional sit down inside where Tamar reveals what led up to her frightening suicide attempt and what she’s doing to break the cycle.

On the newest episode of Taraji’s “Peace of Mind” show, she sits down with singer, reality star and mom Tamar Braxton about her recent mental health trauma, and how she is now dealing with it to help not only herself, but her 7-year-old son, Logan.

Taraji first discussed with her best friend Tracy Jenkins about the stigma of the “strong black woman,” which seemingly has transformed from a symbol of pride and perseverance to being a symbol that makes us feel relegated to accepting pain and unfairness at all costs, and not ever daring to ever show human emotion in response.

This stigma weighs many of us down more than we may think, and often keeps us in unhealthy mental and emotional places in life that can lead to a mental break.  Instead of accepting that fact, Taraji sits down with Tamar Braxton to discuss how we can break the cycle.

You can watch the full episode below:

Tamar told Taraji SHE looks like she has it all together, and Taraji told her “doesn’t it always seem this way?” When Tamar asked her how she does it, Taraji told her, “The same way you do.” She reminded Tamar that she sees her, and she’s doing the right thing by showing her son, Logan, self care and how to break the cycle.

Tamar said therapy wasn’t discussed in their church-heavy household, unfortunately, and mama Evelyn was the epitome of “strong black woman” with 5 girls. The “figure it out for yourself” mentality was Miss Evelyn simply being a product of her environment.

The “Love & War” singer also revealed it was her lack of a relationship with her family – including with her co-star sisters – and a surface relationship with her own son that made her see something wasn’t right with herself.  She even admitted to now seeing her own toxicity, and revealed her public firing from “The Real” was the beginning of her mental breakdown.

Tamar also talks about how she’s teaching Logan how to self evaluate daily, and to vocalize his rose (good aspect) of each day. It’s her way of shielding him from mental breakdowns.

Tamar posted a heartfelt note about her time on Taraji’s show:

Taraji shared her own take on the episode:

If you’re a fan of “All American”, get excited. A spin-off is reportedly in the works. Deets inside… Looks like fans of sleeper hit show “All American” can possibly look forward to a spin-off…if the rumors are true. According to TVLine, the CW is working on a spin-off of the football-theme drama series and its alleged the setting of the spin-off could be a an HBCU. The site reports: The potential new series — which would be introduced during a […]