T.I. & Tiny’s Alleged Sexual Assault Scandal Is Stopping The Bag? T.I.P. Will NOT Return For ‘Ant-Man 3’

The sexual abuse allegations are starting to hit T.I.’s pockets. It’s been reported the Atlanta rapper will NOT return to star in Ant-Man 3. Deets inside…

T.I. and his wife Tameka “Tiny” Harris’ sex abuse allegations are starting to hit their pockets.

First, MTV Entertainment halted production of their VH1 family-oriented reality series, “T.I. & Tiny: Friends & Family Hustle.” Now, Tip has been axed from the third installment of Ant-Man. According to The Hollywood Reporter, T.I. (real name Clifford Harris) will not return as his character Dave in the upcoming Ant-Man and the Wasp: Quantumania. The film is still in development (in Atlanta) and does not yet have a release date from Marvel, meaning things can still shift, including which characters are in the script.

The report didn’t specify if the recent sexual assault allegations against the rapper and his wife was the reason why he’s not returning, but it’s likely.

The news comes on the heels of a new lawsuit filed against the Hip Hop couple. Their former friend, Sabrina Peterson, filed a defamation suit against Tip & Tiny. You’ll recall, the sex abuse scandal was brought to light back in January after Sabrina publicly put T.I. on blast for allegedly holding her at gunpoint in front of children a few years ago.

The XSCAPE singer hopped online to defend her husband against the allegations that were being made against him. “Hold up… So you want your abuser to train your sons?,” Tiny wrote in the caption of a picture of Sabrina’s son all smiles with T.I. “He was just uncle 2 years ago Now when did you say my husband assaulted you?”

As a result of sharing her story, several women contacted her with stories about how they were sexually assaulted by the couple. Dozens of women have accused the couple of sexual abuse, including claims of forced drugging, kidnapping, rape, coercion, and intimidation.

A post shared by Tyrone A. Blackburn, Esq. (@tyrone_blackburn)

Also, a New York based attorney, Tyrone A. Blackburn (above), contacted authorities in two states – Georgia & California – asking them to launch criminal investigations against the couple after more than 30 women – including victims & witnesses – contacted him in recent weeks. He said the allegations span more than 15 years and are all “eerily consistent.” The Hip Hop couple denied all of the allegations brought up against them.

Tyrone is seeking justice on behalf of 11 accusers, including Sabrina Peterson. Eight women allege either rapper T.I., his wife Tiny or someone in their camp (including rapper Nelly) assaulted them. The other three accusers include a young man that was eight years old – the son of Sabrina.

A post shared by Not Your Model Victim (@notyourmodelvictim)

In a recent interview, Tyrone revealed T.I. and Tiny’s attorney, Steve Sadow, reached out to him “looking to make a deal on behalf of T.I. and Tiny,” but he’s not with it. He said his clients want justice, so the deal involves the couple “turning themselves in and admitting to the crimes that they’ve committed, then fine we have a deal.” If that doesn’t happen, he wants investigators to bring criminal charges against the Hip Hop couple “for what they’ve done throughout the years.”

T.I. and Tiny have denied ALL allegations brought against them.

“These allegations are nothing more than the continuation of a sordid shakedown campaign that began on social media. The Harrises implore everyone not to be taken in by these obvious attempts to manipulate the press and misuse the justice system.”

This is getting ugly… 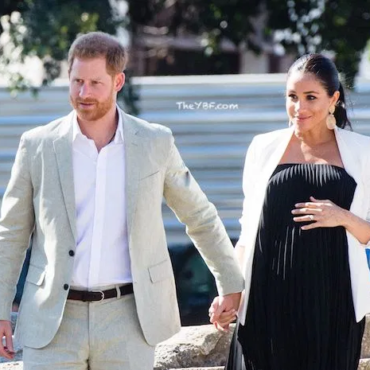 Meghan Markle and Prince Harry are still wrapped up in drama with British media almost a year after officially stepping back as senior royals. A few royal aides brought up bullying accusations in a new report days before Meg & Harry’s highly-anticipated Oprah interview. Speaking of that interview, the Brits have been begging the Duke & Duchess of Sussex to postpone the release of their interview since Prince Philip (Harry’s […]