SWV and Xscape’s Verzuz: 9 of the Flyest Moments [Video] 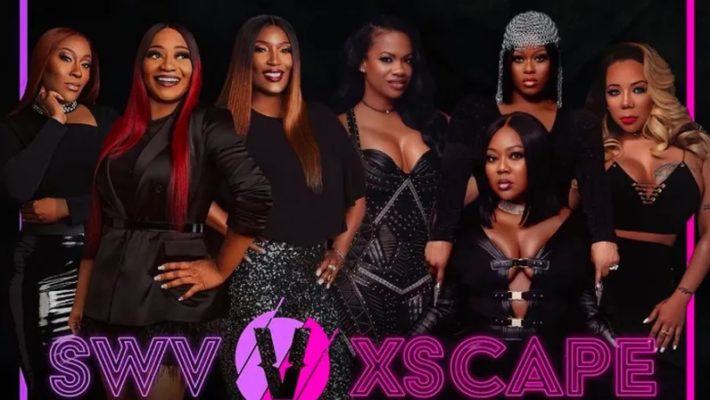 The ladies took over the Verzuz ring.

The jams weren’t the only heat DJ Aone brought to the Verzuz battle. Viewers commented on Instagram and Twitter about the maestro’s high energy moves throughout the livestream. Whether he was blaring “Get Rich” by Goodie Mob, the latest 2 Chainz “Gray Area,” Fantasia’s “Free Yourself” or “Elevators” by Outkast, the DJ was bringing the energy for the A.

Lmaoo yo DJ AONE is feeling it #VERZUZ pic.twitter.com/rKrsVVoNoD

Following a warm welcome to the two groups, Xscape performed Clark Sisters “Is My Living In Vain” a cappella to set the tone and show gratitude for their incredible careers. SWV followed that up with “Endow Me,” which is also a Clark cover from Coko’s debut solo Gospel album.

Xscape started off with the Clark Sisters! #Verzuz pic.twitter.com/luULlVJG2u

3. Tributes To Those We’ve Lost

LeLee dedicated “When U Cry,” a track from the 1997 album, Release Some Tension, to the late Kim Porter. She also name-dropped Andre Harrell, who passed just last year as well as DMX and Black Rob, whom we lost just last month. In response, LaTocha told Aone to play “The Arms of the One Who Loves You” from 1998’s Traces Of My Lipstick.

4. So So Def Pop-Up Appearance

Jermaine Dupri signed Xscape as his first act to the newly formed record label So So Def. JD went on to develop more stand out acts including Da Brat, Lil’ Bow Wow and Jagged Edge. The Atlanta hitmaker joined the ladies on Verzuz to help perform their debut single “Just Kickin’ It.” “We appreciate JD for looking past what we looked like at the time and believing in us,” Tamika said. Later in the evening Da Brat joined the ladies to perform her verse from Mariah Carey’s “Always Be My Baby (Mr. Dupri’s Extended Mix).” And what better way to celebrate Mother’s day than to have your first born share the stage and slay the mic! Coko’s son Jalen has a beautiful voice and joined his mama in a duet performance of “Sunshine.”

“Just Kickin’ It” will ALWAYS be a bop. Shout out to Jermaine Dupri for producing this hit. An automatic win from Xscape for sure! #Verzuz #VerzuzTV #VerzuzBattle pic.twitter.com/Lzpb54kaWz

The 90s is when Hip Hop began to court R&B, and the two were inseparable thanks to acts like SWV and Xscape. The night’s highlights included several familiar and some forgotten favorites like SWV’s “Someone” featuring Puff Daddy or JAY-Z’s feature on a special mix of “You’re the One.” LeLee even took a moment to shout out Busta Rhymes and Lost Boyz for doing a remix with them, too. “They killed that track!” she said. Likewise Xscape played 2016’s “Might Be” by DJ Luke Nasty as an intro to “Who Can I Run To” and “Keep On Keepin’ On” by MC Lyte.

The biggest flex of the night was all the writing placements the ladies had outside of their own hits. Kandi brought the energy first with Destiny’s Child’s “Bills, Bills, Bills,” then she performed her verse on E-40’s “U and Dat” featuring T-Pain. Not to be slept on, Coko reminded fans that her vocals are on Will Smith’s “Men in Black.” LaTocha performed “Thug Holiday” by Trick Daddy, and of course Kandi and Tiny doubled up on a special “No Scrubs” by TLC / “Shape of You” by Ed Sheeran mashup. Fans laughed in the comments as Kandi was singing “Check. Check. Check” and talking about all the money she’s raked in over the years from her pen. Iconic.

Kandi had to FLEX her writing skills ?
She wrote “Bills” for #destinyschild ?

7. “Right Here” Was Everything

Coko kicked off her red bottoms and the group performed “Right Here (Human Nature).” The group confirmed that they didn’t like Teddy Riley’s remix at first — well everyone except Taj. “Sometimes the artists get it wrong so that’s why I’m grateful we had good producers around us. Shout out to Pharrell,” Lelee said. The group’s harmonies were tight and the energy was high for the good memories. Spinderella ended the segment with a brief outro of Jackson’s original “Human Nature” in tribute.

All night, fans were begging for live vocals, but something shifted after intermission. SWV came back dressed more casual and equipped with full choreography while Xscape maintained their high energy and good spirits. An almost vocal battle erupted in the second half when Xscape performed their power ballad “Tonight” a cappella, allowing all four ladies to sing lead effortlessly. SWV brought the vocals with a Patti LaBelle tribute of “If Only You Knew.” The live audience was so into the vocals that they demanded an encore of Xscape’s “Do You a Want To,” which features lead vocals from Tiny. Her and LaTocha ate that song up and didn’t leave a crumb! Similarly, Kandi did what needed to be done when she hit her famous falsetto whistle note during the finale performance of “Understanding.”

Sheesh that voice!! Coko took us to church for a minute with If Only You Knew!! I love SWV soo much!! #VERZUZ pic.twitter.com/it9rY76KWY

Following intermission, SWV came back dressed in sneakers and boots with signature logo hoodies for a laid-back vibe. They took Xscape up on their offer to get closer when Taj skipped across the stage to join them on their platform. Another cute Black girl magic moment was Coko singing along to “Who Can I Run To” by Xscape.

Thank you to everyone that joined us for tonight’s SWV #Verzuz Xscape battle ??

We all won tonight.

The post SWV and Xscape’s Verzuz: 9 of the Flyest Moments [Video] appeared first on LOVEBSCOTT. 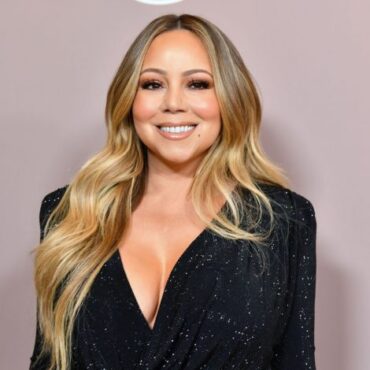 Mariah Carey has responded to a viral clip of a young rapper performing an interpolation of her 2005 hit single “Shake It Off.” The diva’s response has sent Twitter into a frenzy. via: Billboard On Friday (May 7), RNB Radar CEO Tommy Banks tweeted a snippet of Baltimore rapper YTK’s new track “Let It Off,” which samples Carey’s 2005 hit “Shake It Off” that peaked at No. 2 on the […]