Tragedy strikes the family of Swae Lee in a horrific way. His younger brother has been charged with the murder of his step-father. Details inside…

The death of the man who raised you allegedly at the hands of your brother is a tough pill to swallow. And rapper Swae Lee (1/2 of Rae Sremmurd) is learning that the hard way.

Floyd Sullivan – the 62-year-old step-dad to Rae Sremmurd, which is made up of brothers Swae Lee and Slim Jxmmi — was shot and killed in Tupelo, Mississippi, on Monday, January 4th.

According to police records, Swae Lee and Slim Jxmmi’s younger half-brother, Michael Sullivan, was charged with felony first-degree murder with a bond that was set at $100,000 in March. The 20-year-old was held for psychiatric evaluation before he was released and charged with murder. He could face life in prison if convicted.

For the first time since the tragic event, Swae Lee is speaking out about the incident in the first episode of his new Snapchat docu-series “Swae Meets World.”

”My pops…he passed away recently. I have three brothers. Allegedly, the police say my youngest brother, he shot my dad, killed my dad. It’s unbelievable, you can’t even imagine. It’s like something out of a movie. I’m still dealing with it. I don’t even know how to deal with it all the way completely.”

Peep a clip of the young rapper sharing special moments he shared with his step-father below:

We can’t even imagine how to process this.

Peep the episode below:

Bernadette Walker – the mother of Swae Lee, Slim Jxmmi and Michael – revealed her son Michael suffers from schizoaffective disorder. The 46-year-old mom said she believes she could have been her son’s victim instead of her husband.

“I’m not going to say that, ‘Something like this was unexpected,’ ” she claimed. “Of course even though it wasn’t unexpected, you still don’t expect it. He has threatened me multiple times. This very well could’ve been me. He has shot guns more than once.”

“I don’t want to speculate — it could’ve happened to anybody because Michael really didn’t need a rhyme or reason to do anything,” she said. “He was aggressive when he was off his meds, so it could’ve been as simple as asking him to do something that could’ve set him off.”

So tragic. Prayers for strength for their family. This has to be hard. 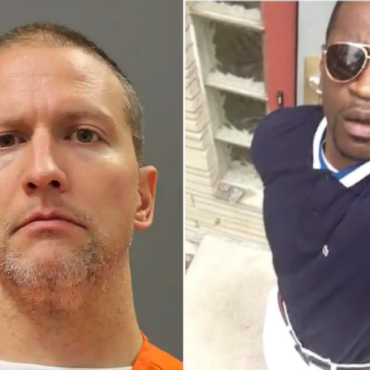 Derek Chauvin, who knelt on the neck of unarmed and handcuffed George Floyd for over 9 minutes leading to his death, was found GUILTY on all three charges of second and third degree murder.  This is major.  Full details inside. Justice, served! After 10 hours of deliberation, the jury reached a verdict in the Derek Chauvin case. The 45-year-old former Minneapolis police officer was charged with second-degree unintentional murder, third-degree […]