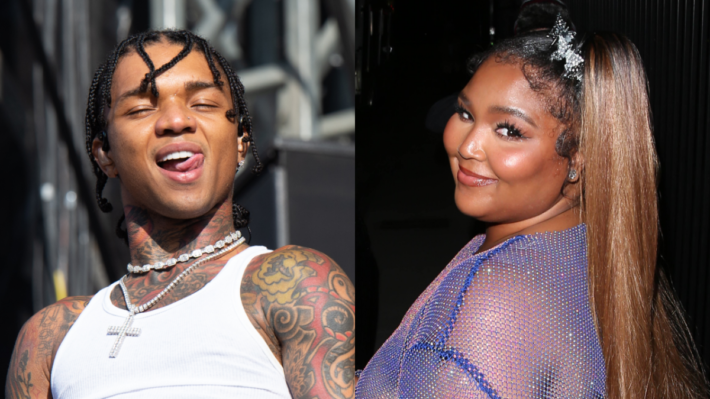 The “Rumors” rapper shared photos of herself wearing a lavender sheer mesh dress from Cardi B’s dancehall-themed birthday party while striking a series of provocative poses, including ones where she grabs her breasts and bends over. The revealing pics caught the eyes of Swae Lee, who tried to shoot his shot.

One half of Rae Sremmurd responded to Lizzo’s thirst trap with a series of eyeball and heart-eyed emojis.

Lizzo seemed to be flattered, addressing Swae in a comment on The Shade Room. “Ion got no type,” she wrote, referencing the lyrics to Rae Sremmurd’s hit “No Type.”

Lizzo hasn’t been shy to share her celebrity crushes including Chris Evans and Drake, who she named on her hit “Rumors.” “No, I ain’t fu**ed Drake yet,” she rapped.

During her appearance on “Jimmy Kimmel Live,” Lizzo confirmed that the 6 God reached out to her after hearing the racy lyric. “Actually, I have heard from Drake. But that’s all I’m gonna say on that,” she said.

In the meantime, check out more photos of Lizzo’s outfit from Cardi B’s birthday party below. 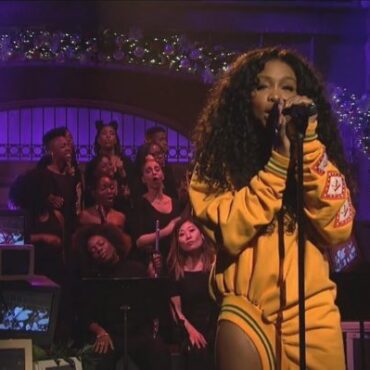 SZA’s Upcoming Concerts Are ‘Not A Tour,’ But They Include Some North American Shows This Fall [Photo]

SZA has announced a handful of 2021 tour dates kicking off next month. via: Uproxx Over the past few months, the live music industry has been crawling its way back to normal. Now, SZA is joining that push, as she just announced she has a string of shows coming up on November. For one reason or another, she insists it’s not a proper “tour,” writing on Twitter, “Uhhh Iss not […]