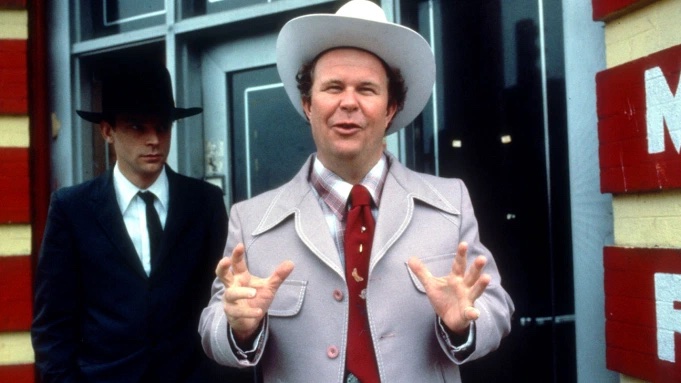 Ned Beatty, who made his feature film debut in Deliverance has died.

On television, Beatty was at his best as Det. Stanley “The Big Man” Bolander on NBC’s Homicide: Life on the Street and as the chaplain assigned to an American private (Martin Sheen) in his final hours on the somber 1974 NBC telefilm The Execution of Private Slovik.

Beatty had an excellent basso profundo singing voice, and his goal as a teenager was to have a career in the musical theater. One of his rare performances as a leading man came as the great Irish tenor Josef Locke in Hear My Song (1991).

The harrowing survival saga Deliverance (1972), directed by John Boorman, starred Beatty, Burt Reynolds, Jon Voight and Ronny Cox as buddies from Atlanta who take a trip to hillbilly country to canoe down a river.

Beatty said he doubted he was going to get a part in the picture when he sat down with Boorman, his assistant and their wives for lunch in New York. A veteran of the local theater, he had never been in a feature film.

“There was a very attractive lady [the wife of Boorman’s assistant] sitting next to me to my left,” he recalled in a 1992 interview with the CBC, “and I spent the whole time giving her my best shot … I was terribly married [but still] terribly flirtatious.

“I was quite the heel, and I think that’s what John Boorman liked. He said he thought I was the rudest person he had ever met.”

Deliverance, of course, has become infamous for its uncut 10-minute male rape sequence (“Squeal like a pig!”) in which Beatty, as pudgy businessman Bobby Trippe, is the victim. It’s a scene that viewers have difficulty stomaching.

Years later, The New York Times called upon Beatty to write an article about rape for the newspaper’s op-ed section. “The bottom line [of his piece] and the bad news,” he said, “was that a man would rather be a rapist than have to identify with the victim of a rape.”

In other Reynolds starrers, Betty portrayed the lawbreaking sheriff J.C. Connors in White Lightning (1973) and Gator (1976) and a country music singer-songwriter in W.W. and the Dixie Dancekings (1975). The two also worked together in Stroker Ace (1983), Switching Channels (1988) and on a 1989 episode of ABC’s B.L. Stryker.

In Network (1977), directed by Sidney Lumet and written by Paddy Chayefsky, Beatty spent just one day on the set and was seen onscreen for less than six minutes. Yet few could argue that he didn’t deserve his lone Oscar nomination for his commanding performance as Arthur Jensen, the bombastic bigwig of UBS’ parent conglomerate who convinces anchorman Howard Beale (Peter Finch) to see things his way.

“You have meddled with the primal forces of nature, Mr. Beale, and I won’t have it!” Jensen bellows in a dimly lit boardroom.

Beatty, who often played Southern yokels and was at ease doing comedy as well as drama, never seemed to harbor any regrets about not having more leading-man roles. “They’re more trouble than they’re worth,” he once told People magazine. “I feel sorry for people in a star position — it’s unnatural.”

Ned Beatty was born on July 6, 1937, in Louisville, Kentucky, the son of a traveling salesman who pitched a system of fire hydrants to officials in small towns. He said his voice broke when he was 10, and he sung in barbershop quartets and at Baptist revivals and weddings as a teenager.

Beatty graduated from Eastern High School in 1955 and then earned a scholarship to attend Transylvania University, a Christian Private school, in Lexington, Kentucky; while in college, he made ends meet by working as a butcher.

When he was about 19, he got a singing part in the play Wilderness Road. “It was an outdoor play about the two counties in Kentucky in the Civil War — one had a lot of slave owners, and the other was very abolitionist,” he told the Chicago Tribute in 1992. “Because my voice was so loud, they gave me some [speaking] lines.”

The experience got him hooked on acting, and in 1957 he joined the Barter Theatre in Abingdon, Virginia. (Ernest Borgnine, Hume Cronyn and Larry Linville also performed there early in their careers), moving about the country and performing.

That was followed by a stint in Washington with the Arena Stage Company, where he appeared in the original production of The Great White Hope, starring James Earl Jones and Jane Alexander. He eventually made his Broadway debut in the play after it came to New York in 1968.

Around this time, Beatty also landed a job as a bank robber in an FBI training film.

“About a year later, I started getting arrested,” he told Backstage in 2001. “If I went into a small town somewhere, I’d get arrested. I’m serious. That’s the way cops work. They’re used to seeing pictures of bad guys. If they see you and they know that you’re a bad guy, they arrest you. So that went on for a little while, until I started getting known as a film actor.”

Beatty sure was known after Deliverance. He went on to play a thief turned marshal in John Huston’s The Life and Times of Judge Roy Bean(1972), a rube salesman in Silver Streak (1976), the father of a terminally ill child in Promises in the Dark (1979), the head of an American spy organization in Hopscotch (1980) and the father of an unlikely football hero in Rudy (1993).

Beatty also starred as an ex-Marine in charge of a D.C. community center on the short-lived 1977-78 CBS sitcom Szysznyk and played John Goodman’s father in a recurring role on ABC’s Roseanne.

The actor returned to the stage and Broadway in 2003 to portray Big Daddy in a revival of Cat on a Hot Tin Roof, winning a Drama Desk Award, then spent more than a year touring in a production of Showboat. 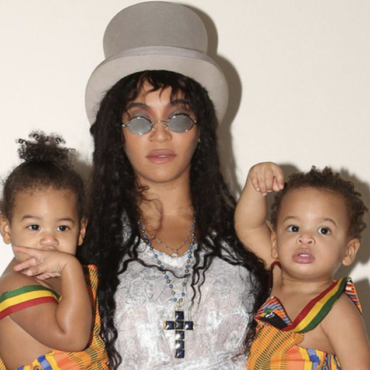 Forgive us — but sometimes we forget Beyoncé is a mother of not one, not two, but three babies. via People: The 28-time Grammy Award winner, 39, wished twins Rumi and Sir Carter a happy 4th birthday Sunday on her website. “What’s better than 1 gift… 2,” Bey wrote on the homepage. “Happy birthday Rumi & Sir.” She and husband JAY-Z, 51, who also share daughter Blue Ivy, 9, welcomed […]