Traditional viewership ratings for this year’s Super Bowl plunged, however your faves Michael B. Jordan, Cardi B, and Drake made appearances in commercials for big brands. Get into their Super Bowl ads inside…

There were high hopes Super Bowl 55 would bring a competitive game: old school vs. new school as longtime vet Tom Brady and the Tampa Bay Buccaneers went up against young, talented Patrick Mahomes and the Kansas City Chiefs.

However, the game didn’t deliver. The Chiefs played horribly, making it clear who would be this year’s winners earlier rather than later in the game. Folks just weren’t really watching it like that…well, in the traditional way.

According to reports, ratings dropped 15% and total numbers were the lowest since 2006.

On the flip side, Super Bowl LV was the most live-streamed game in history, averaging 5.7 million viewers per minute, which was up 69% from 2020’s previous high. Also, the Super Bowl was still the most watched show of the past year.

So, you could look at it as the glass half full or half empty.

There was a lot of talk online about how boring the game was, but some of the Super Bowl commercials made up for it.

Michael B. Jordan fans got to see the sexy actor – who’s currently dating Lori Harvey – pop up in a Amazon commercial for Alexa…shirtless. Check it below:

And get this, MBJ’s commercial was reportedly the most viewed Super Bowl ad on YouTube AdBlitz Sunday night.

Cardi B took back to the 90s starring a “Wayne’s World” themed commercial for Uber Eats:

In other Bardi news, the “UP” rapper’s role in the upcoming Fast & Furious 9 film has been revealed. She’ll play Leysa, “a woman with a connection to Dom’s past.” Check out a Fast & Furious 9 sneak peek that aired during the Big Game below:

Comedian Tracy Morgan is “pretty sure” you can be successful finding a home via Rocket Mortgage:

Rocker Lenny Kravitz seemingly touched on the GameStop controversy in an ad for Stella Artois beer:

And a CGI Samuel L. Jackson popped up in a Verizon 5G commercial:

Which commercial was your fave? 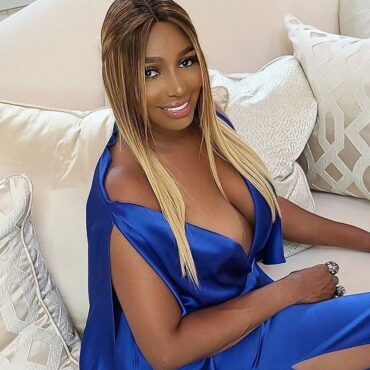 RUMOR CONTROL: Nene Leakes DENIES Being DROPPED By Her Entire Team, Threatens To Expose Everyone

Nene Leakes wants you to know she did NOT get dropped by her entire team despite reports saying she did. The former “RHOA” star also threatened to EXPOSE folks if they want to take it there. Oh? Catch up inside… Bye, Wig! Nene Leakes says she was not fired by her team despite what you may have heard on these Internet streets. The former “Real Housewives of Atlanta” star took […]