STRAIGHT FROM THE DUKE: Regé-Jean Page Explains Exactly Why He’s Not Returning To ‘Bridgerton’ 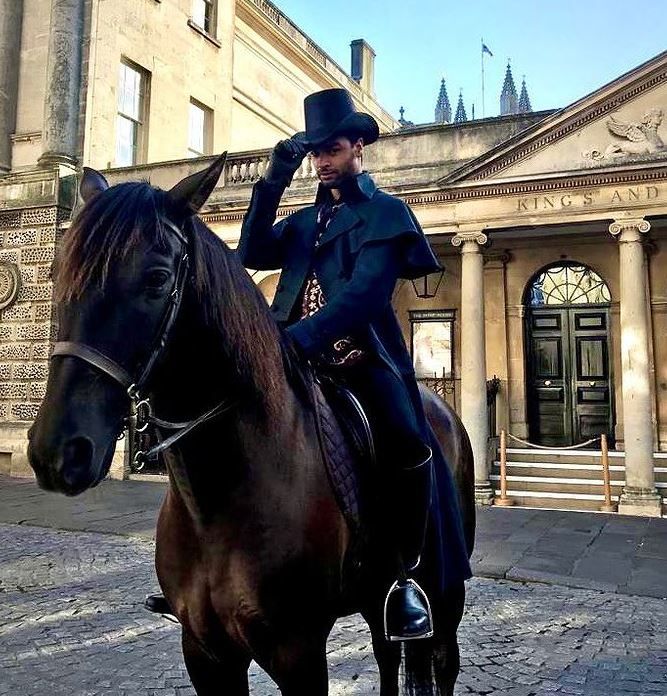 “Bridgerton” fans were shocked and disappointed when they found out breakout star Regé-Jean Page is leaving the series. Now, the former Duke of Hastings explains why he’s riding out on the hit Netflix series. Find out inside…

Fans were mortified (us included) to learn “Bridgerton’s” breakout star Regé-Jean Page, who played Simon Bassett, Duke of Hastings, would NOT be returning to reprise his role for Season 2 of the hit Netflix series.

The unfortunate news was shared by Lady Whistledown via her society papers:

“Dear Readers, while all eyes turn to Lord Anthony Bridgerton’s quest to find a Viscountess, we bid adieu to Regé-Jean Page, who so triumphantly played the Duke of Hastings,” the letter reads.

“We’ll miss Simon’s presence onscreen, but he will always be a part of the Bridgerton family,” it continued. “Daphne will remain a devoted wife and sister, helping her brother navigate the upcoming social season and what it has to offer – more intrigue and romance than my readers may be able to bear.”

And the news was true. Regé-Jean also posted a farewell message to his fans on his Instagram account:

”The ride of a life time,” he wrote. “It’s been an absolute pleasure and a privilege to be your Duke. Joining this family – not just on screen, but off screen too. Our incredibly creative and generous cast, crew, outstanding fans – it’s all been beyond anything I could have imagined. The love is real and will just keep growing.”

Ugh. Yes, we feel a way about his departure as well. However, this was all part of the Shondaland plan.

The British actor shared with Variety he knew he would not return for Season 2 because he only signed on for Season 1.

“It’s a one-season arc. It’s going to have a beginning, middle, end – give us a year,” he shared about how Shondaland producers pitched the role to him.

“[I thought] ‘That’s interesting,’ because then it felt like a limited series. I get to come in, I get to contribute my bit and then the Bridgerton family rolls on.”

”Bridgerton” is based on Julia Quinn’s novels, so fans who have read the book series may not have been surprised to learn about Page’s departure. Fans who haven’t read the novels were blindsided when news about his departure was made public, especially since he got married and had a baby with Daphne Bridgerton (played by Phoebe Dynevor) at the end of Season 1.

“One of the things that is different about this [romance] genre is that the audience knows the arc completes,” he explained. “They come in knowing that, so you can tie people in emotional knots because they have that reassurance that we’re going to come out and we’re going to have the marriage and the baby.”

Season 2 will center around Anthony Bridgerton’s life, the oldest of the Bridgerton clan.

When legendary singer Dionne Warwick got word about Page’s departure, she was NOT OK:

I demand a retraction, @bridgerton!!!! I need to hear this news straight from @regejean if this is true. pic.twitter.com/vVrq3cmFFT

Ha! We so felt this.

Never fret. Fans of Regé-Jean Page will get their fix in the upcoming Netflix spy thriller, The Gray Man, where he will star opposite Ryan Gosling and Chris Evans. He also landed a leading role in Paramount’s Dungeons & Dragons, joining Chris Pine, Justice Smith and Michelle Rodriguez. 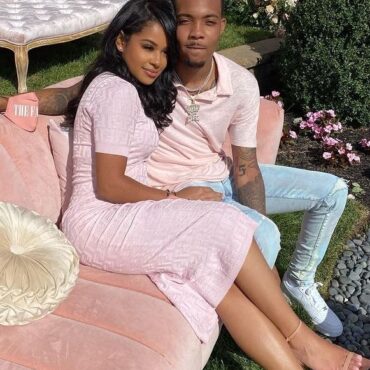 Taina Williams is tried of y’all accusing her of dating G Herbo while he was still involved with his ex/son’s mother Ari Fletcher. See receipts of the mom-to-be denying being a homewrecker, plus her new maternity shoot inside… Since fans learned about Taina Williams’ relationship with rapper G Herbo there has always been rumblings that Herbo cheated on his former girlfriend/son’s mother, Ari Fletcher. In January 2019, the young couple […]