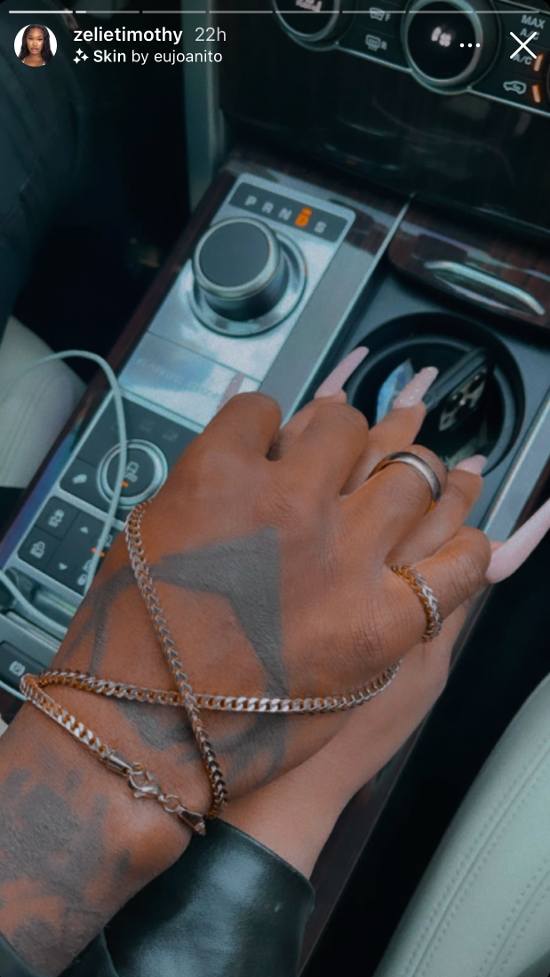 Chile, what is Tyrese up to?! Well, plenty.

The singer-turned-actor just made it “Instagram Official” with his new model BAE, Zelie Timothy. However, two weeks ago he was typing up long captions on Instagram about how he wishes his estranged wife, Samantha Lee Gibson, would forgive him. Hmph. More inside…

As you all know, Atlanta was PACKED with people partying it up (maskless) during the 2021 NBA All-Star Weekend amid the COVID-19 pandemic. And singer Tyrese was all in the mix.

First, he put up a cryptic Instagram video of himself sitting on the couch alongside a young lady all boo’d up in the club with the caption, “She antisocial ZZzzzzzzz #AllStarFuckShit #DominicAsian.”

The “Sweet Lady” singer made sure to turn the comments off on the post:

She reposted the same video as Ty and captioned it, “What’s understood does not need to be explained.”

Then, Ty made it official official:

The Fast & Furious star shared a video of himself and his alleged new woman, Zelie Timothy, looking VERY much like a couple inside a private suite at the State Farm Arena in Atlanta during the NBA All-Star game last night.

“Never go out…… #AntiSocial #BlackPanthers “I don’t know what it is but those Leo’s drive me ”- #AllStarAtL never been so happy about sitting alone in my life……… #CovidIsStillVeryRealOutHere stay safe out there y’all,” he captioned.

In another post, he tagged Zelie so she know it’s real:

In the caption, he talked about battling depression and thanked Zelie for the “good laughs and good vibes.”

“#FuckDepression sometimes you just gotta get out of the house stressing over shit you can’t change does nothing…….. Shout to those who ain’t got nothing figured out but just out here trying,” he wrote. “Zzzzzzzzzz thank you for the laughs and good vibes I know I needed….. #AntiSocial no one knows what the future holds but I know who hold the future…. God! [ there is no greater WEALTH in the world than having a peace of mind ] say what you say if your not a. flat out evil and enjoy seeing people go though challenging times just keep me and my family in your prayers… Appreciate you…”

Zelie also shared videos of herself with Ty in the suite via her IG Stories:

And for the people who have negative things to say about her, she posted up a message to them as well: 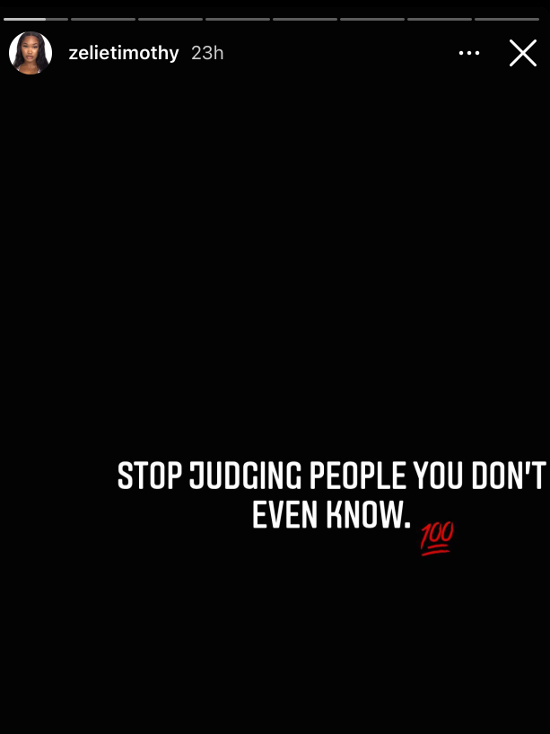 “Stop judging people you don’t even know,” she wrote.

The #DominicAsian hashtag & Leo reference in Ty’s IG posts have to do with his new boo, Zelie. On her IG profile, she says she’s “your fave Dominican Leo.”

She also says she’s an influencer, host, and entrepreneur.

Zelie also has an OnlyFans account that she promotes:

Get those coins, sis.

Now, news about Tyrese possibly being in a new relationship is, well, shocking to most.

A little over a week ago, he was posting IG messages, publicly asking his estranged wife, Samantha Lee Gibson, to “forgive” him.

“Dear God, With a healing heart I post this….. I am sorry for my sins and sorry for anything I’ve ever done to anyone rather I’m aware of it or not I just hope you find it in your heart to forgive me,” Ty wrote. “I have not met my BEST self yet and I know it…. I can’t wait to meet the NEW ME!!!!! This single life hits different especially since I could of never ever seen this coming…… Ever…. Back to the basics…. What’s your name? Where you from? Who yo momma nem? What you do? What’s your credit score? Jesus or Nah? Lol #TheVibes”

Before that, the Baby Boy star was busy typing messages to his estranged wife in the comments of Kirk & Tammy Franklin’s 25th wedding anniversary post:

In December 2020, the former couple announced they were calling it quits after nearly four years of marriage.

“We have decided to make a statement of a painful and significant development in our lives. After much thought, consideration, and prayer, We unfortunately have made the difficult decision to officially separate & divorce,” the 42-year-old entertainer said. “Our intention is to remain the best of friends & strong coparents. We feel incredibly blessed to have found each other and deeply grateful for the 4 years we have been married to each other.”

You may remember Ty and Samantha tied the knot under the radar on Valentine’s Day in 2017. In October 2018, the couple welcomed their daughter, Soraya. This is Tyrese’s second failed marriage. He was previously married to Norma Gibson from 2007 to 2009, and they co-parent 13-year-old daughter, Shayla.

Meghan & Prince Harry CONFIRM They’re Having A Girl! + All The Jaw-Dropping Takeaways From Their Shocking Interview With Oprah

Meghan Markle & Prince Harry revealed to Oprah during their tell-all interview that they’ll be welcoming a BABY GIRL! Celebrate with the couple, plus all the takeaways from their shockingly candid interview with Oprah inside… Whew! We still feel like we need a drink as we process everything that was said during Meghan Markle and Prince Harry’s candid interview with media mogul Oprah. Outside of all of the drama and controversy the couple addressed, they also announced the gender of […]