STILL GOT IT: Usher Proves He’s Still The Dance King While Prepping For Vegas Residency

Usher is currently in “boot camp” as he prepares for his upcoming Las Vegas residency. And he’s STILL got it! Watch his footwork inside…

Before Chris Brown, there was Usher.

The 8-time GRAMMY Award winner will headline a Las Vegas residency at The Colosseum at Caesars Palace, opening Friday, July 16th. And he’s giving his fans a sneak peek at how he’s preparing via “boot camp” style.

The 42-year-old entertainer and brand new dad (again) will give his fans an extraordinary immersive experience inside The Colosseum, which is an intimate 4,300-seat world-class performance venue, allowing Usher’s fans a once-in-a-lifetime opportunity to see him up close and personal.

The show will be packed with an impressive repertoire of smash hits spanning Usher’s 20+ year career, including his early records and more recent songs, as well as new music. The residency is being promoted by Live Nation and Caesars Entertainment.

“I have missed performing for my fans live and I am so excited to see them in Las Vegas,” said Usher. “My residency at The Colosseum at Caesars Palace will be full of surprises and an Usher experience like they’ve never seen or heard before!”

He’ll kick off the residency this summer in July. He’ll take a few months off before he returns to the stage in late December and he’ll be bringing in the New Year with his fans. Below are the dates:

Below is another clip of Usher’s boot camp sessions:

Copping tix to Usher’s show will also help out fund raising efforts for his foundation. Additionally, Usher, Live Nation Las Vegas and Caesars Entertainment are donating $1 of every ticket purchased to Usher’s Las Vegas residency to Usher’s New Look, Inc. (UNL). Founded in 1999 by Usher, UNL is on a mission to transform the lives of underserved youth through a comprehensive program that develops passion-driven, global leaders.

You can get your tickets – which start at $59 – and the VIP experience here. 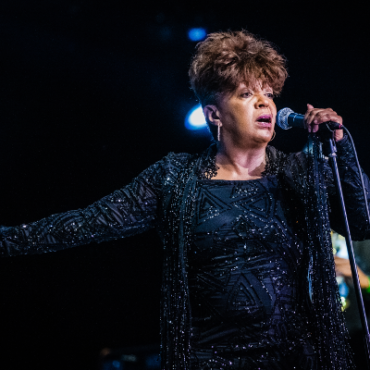 NOT WITHOUT A FIGHT! Anita Baker Asks Fans Not To Stream/Buy Her Music Right Now During Battle For Her Masters

Now, why are they playing with the legendary Anita Baker?! The soul singer has asked her fans to stop buying, streaming and promoting her music while she fights for her masters! More inside… Anita Baker is ready for war over her master recordings. And we don’t blame her! After an illustrious singing career that has earned her 8 Grammy Awards, Anita Baker announced she’s now gearing up to fight for […]