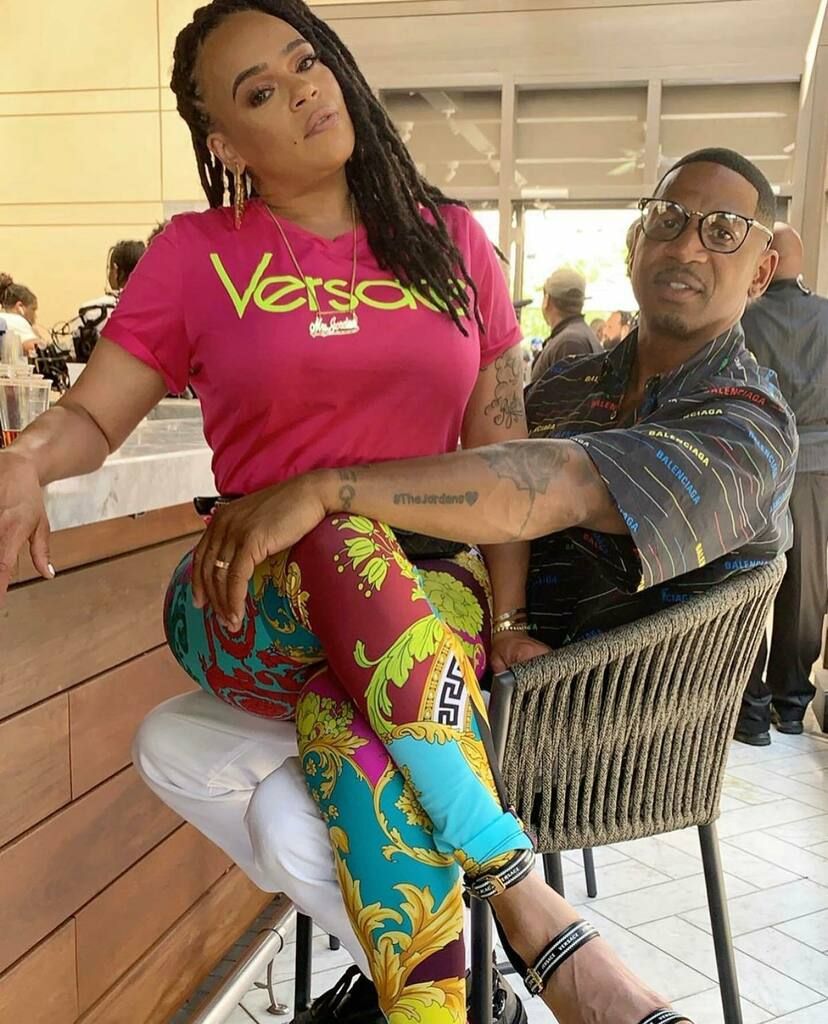 Stevie J is publicly apologizing to his estranged wife Faith Evans after a disturbing video of him accusing her of cheating surfaced.

On the flip side, Halle Berry is all wrapped up in love after her boyfriend Van Hunt wrote the most poetic love letter ever. Get it all inside…

We told you earlier this month singer/producer Stevie J filed for divorce from Faith Evans seemingly out of the blue.  Oddly, a few days later, Faith posted up videos of them frolicking on the beach in Malibu together, seemingly telling folks they’re still together.

It was unclear if the videos were taken before or after the divorce filing, but the timing of the post was interesting nonetheless.

Fast forward to a few weeks ago, a video surfaced of the couple having a major confrontation.  In the leaked video, Stevie J is in a bedroom with Faith, refusing to let her leave, while hurling accusations at her about smashing other men in “his” house. Faith repeatedly told him to grow up and this is the bullsh*t she doesn’t want. Things escalate when she gets in bed to get away from him, and it’s all just a mess.

Now, he’s apologizing for his actions a week later.

Right before Thanksgiving rolled around, the former “Love & Hip Hop: Atlanta” star posted a video to publicly apologize for the way he acted in the video.

“I’d like to make this video for my wife. A video was released last week that showed me talking crazy to my wife,” he began. “Publicly humiliating my wife. I’d like to apologize.”

He also apologized to her family:

The song producers said someone came into their home and stole his computer where the disturbing video was saved. In the caption he wrote, “To MrsJ – I’m sorryHope you find it in my heart to forgive me I truly love you”

Watch his apology below:

Faith still has a picture of herself and Stevie as her profile pic on Instagram:

All of these things come after Stevie filed for divorce from Faith at the beginning of the month. They’ve had their fair share of mess-to-makeups in their short 3-year marriage.  Do you think this divorce filing will stick?

On a happier note… 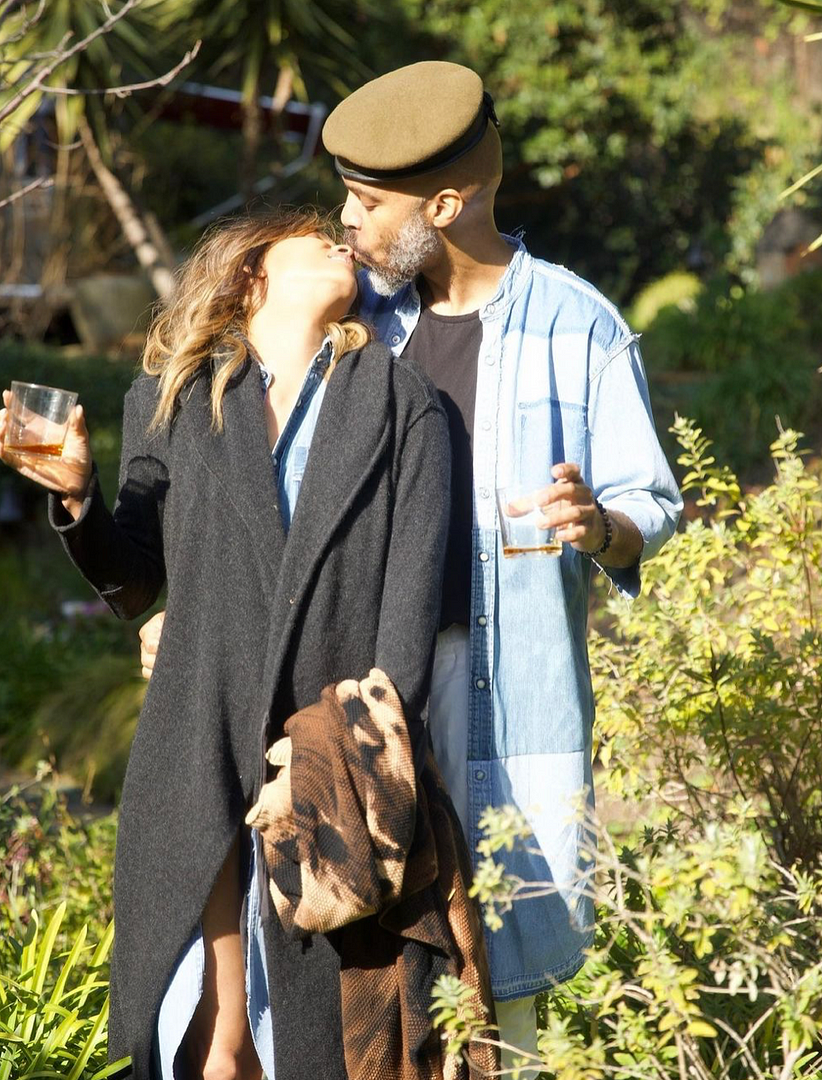 Halle Berry is catching all the love feels this holiday season thanks to her boyfriend, Van Hunt.

The BRUISED star/director’s man, Van Hunt, wrote the most poetic and heartfelt love letter for her website, re-spin. And y’all, this man GETS it.

In the love letter titled “Feet to the Fire,” the musician praised the 55-year-old actress’ dedication to her new Netflix film and celebrated her for being the perfect woman for him.

“Halle waits on nothing and leads the rhythm where she wants it to go. she knows that magic is made, and she was not made for waiting on it to happen. it could be interpreted as ‘controlling,’ but a more obvious explanation is that this man’s world has made this woman acutely aware that survival is a thing that must be secured, not hoped for,” he wrote.

“No one ever discusses this tenacity when describing her. they speak of beauty and favorite movies, but never of heart. it is nigh impossible to peer inside Halle without noticing her heart; and the principles that make it thump,” he added.

”it is nigh impossible to peer inside Halle without noticing her heart; and the principles that make it thump. notice, i did not say a “fighter’s heart”, as that would be redundant. to have heart is to have already proven your mettle on the battlefield. of course she is a fighter, but what does she fight for? survival, would be the answer nearest the surface. respect, beneath that. but perhaps the fight engulfing her at deepest depths is for the expectation of being heard and never having to wonder if her words will be written like she says them,” he continued.

You can read his full letter here.

On Instagram, Halle shared boo’d up pics with her musician BAE, posting the link to his love letter to her.

”when your man writes the MOST amazing article about you on such a special day,” she wrote.

Earlier this week, Halle appeared on “Tamron Hall” talk show where she talked about the strength in getting to know someone without physical distractions.

“If I could go back and tell my little self one thing, I would tell myself to start a relationship this way,” the 55-year-old shared before explaining, “We met in COVID, so there was no physically getting together. We met [purely] through talking on the phone, writing each other letters and text messages or emails. We didn’t even FaceTime or do anything. We were just listening to the sound of each other’s voice, listening to the words.”

“I was hanging on every word and I said, ‘If I see one flag I’m outta here.’ I was like, ‘No more. No more. I’m ready to really find someone that’s really right for me.’ And because we hadn’t met there was nothing at stake yet.” 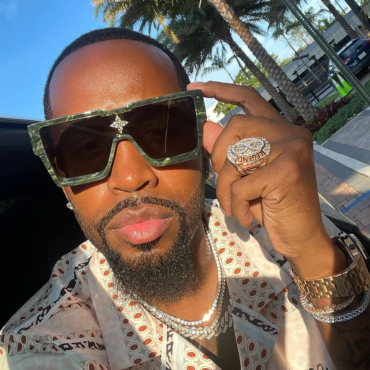 One of the three men who held “Love & Hip Hop” star Safaree Samuels at gunpoint and robbed him of $180,000 worth of jewelry has been found guilty of first-degree robbery. And he’s facing decades in prison. Details inside… One of the three men who robbed reality star Safaree Samuels of his jewels is facing hella time in prison. According to local reports, Tacuma Ashman of Irvington, New York, was one […]