Looks like Stevie J is done with his marriage to singer Faith Evans, just 3 years after getting hitched in Vegas.  Details inside.

Singer/Producer/Reality star Stevie J filed for divorce in L.A. Country Superior Court on Monday, this according to TMZ who cites online records.

It’s unclear if the two had a prenup, and they have no children together.

Their relationship appeared like a whirlwind “us against the world” type love that seemed to work for them…until it didn’t. It’s been a roller coaster of rocky relationship rumors, including when Faith was arrested for domestic violence in 2020 after allegedly attacking Stevie.

It’s interesting, though.  Things seemed to be on the up and up with them as of late.  Faith even threw Stevie a HUGE birthday/Halloween bash about a week ago at their home.  And she went ALL out.

They exchanged pleasantries and love in the comments of his birthday post too:

The two got married July 2018, much to their families’ dismay, in a hotel room in Las Vegas just one day after getting a marriage license. 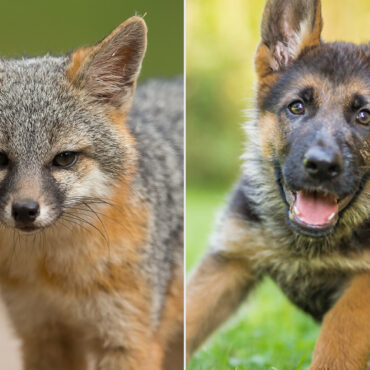 A family in Lima, Peru, discovered they had been bamboozled after they bought a new puppy — that turned out to be a fox. via People: According to Reuters, the Soleto family bought what they thought was a puppy, which they named Run Run, from a small shop in Lima. Initially, the furry friend acted like you would expect a young dog to behave. He was playful, friendly, and energetic. […]