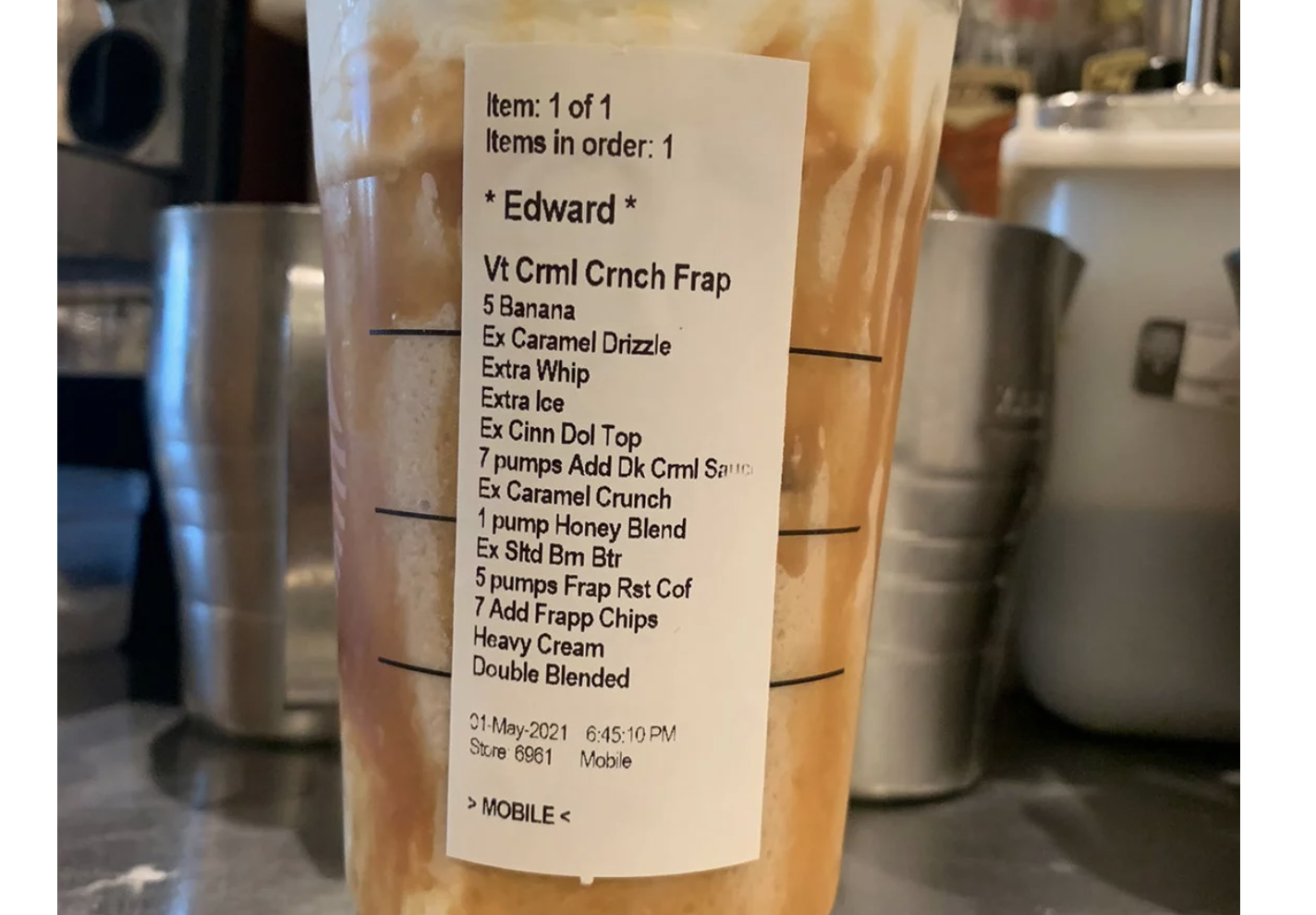 Starbucks has issued a public response to a barista’s photo of a complicated order that went viral on social media — prompting many other employees to share their own photos and stories of ridiculous customer requests.

“On today’s episode of why I wanna quit my job,” Twitter user @ProjectJosieecaptioned a photo of an iced coffee drink with a comically long list of special requests, including but not limited to caramel drizzle, caramel sauce, caramel crunch, honey blend, extra whipped cream, extra ice, extra Frapp chips, and cinnamon topping. He also posted video from his TikTok account @ProjectJosie about getting “verbally harassed by Karens” over their coffee orders.

The tweet quickly went viral, getting over 52,000 retweets and 336,000 likes. In the replies, other baristas began sharing photos of their own nightmare orders.

The company later responded, telling Fox News in a statement: “Customizing beverages at Starbucks and our baristas’ expertise in helping customers find and craft the right beverage has and always will be the heart of the Starbucks Experience.”

“There are many ways for customers to modify their favorite beverage at Starbucks and most customizations are reasonable requests from customers,” the statement added.

Starbucks has long been known for their not-so-secret “secret menu” drinks, often created by social media users. With the rise of TikTok recently, these off-the-menu concoctions have become even more popular among customers. Their website also boasts that there are “170,000 ways to customize beverages,” allowing people to “create a favorite drink that fits their lifestyle.”

Translation: Starbucks knows people can be ridiculous, but they aren’t saying anything or suggesting anything that might interfere with their bag.

you’d be surprised . a lady ordered this in person with a completely straight face ? pic.twitter.com/2OuTuN3Hti

this order comes in every other week pic.twitter.com/PAdcIFotyv 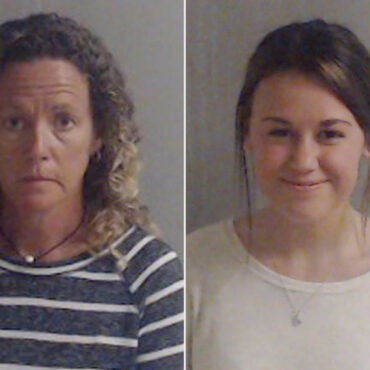 Say What Now? Florida Teen to Be Prosecuted as Adult After Allegedly Rigging Homecoming Election With Mom’s Help

Emily Rose Grover, pictured right, was 17 when she was arrested. She turned 18 in April, and the State Attorney’s Office in Escambia County confirmed that she will be tried as an adult. She and her mother, Laura Rose Carroll, face felony charges stemming from the homecoming vote at Tate High School in Pensacola, Florida.(Escambia County Jail) A Florida teen is being prosecuted as an adult for allegedly rigging her […]