Sounds About White: Poll Shows Nearly Half of Republicans Would Break With GOP and Join Trump Party 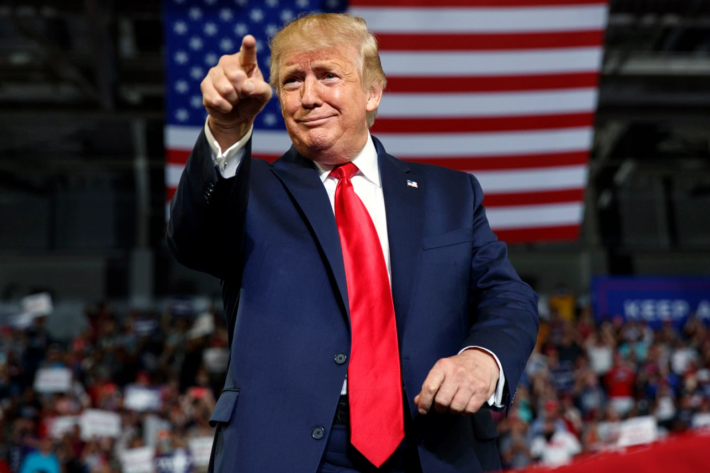 Donald Trump may have lost the election, but he apparently still has a ton of Republican supporters who would break away from the party and follow him down whatever insidious path he comes up with.

Specifically, a USA Today/Suffolk University poll stated that 46 percent of GOP voters said they’d follow Trump, compared to 27 percent that said they would not. The study defined the 1,000 people questioned as Republicans based off of “2020 polls.” The poll was conducted over the phone last week, and the margin of error was pegged at 3.1 percent.

“We feel like Republicans don’t fight enough for us, and we all see Donald Trump fighting for us as hard as he can, every single day,” said a 27-year-old small business owner in Milwaukee who indicated he’d jump ship. “But then you have establishment Republicans who just agree with establishment Democrats and everything, and they don’t ever push back.”

A 63-year-old Pennsylvania resident added that he doesn’t think a third-party is needed because of his belief that Trump would end up taking the reins of the current party anyway.

“I think he’s just going to, you know, take over the Republican Party, much as he did in 2016,” that person said. “They all kind of thought he was a big joke, and by the end they weren’t laughing any more.”

The survey also showed that half of respondents believe the Republican Party should show more loyalty to Trump, even if that means no longer having the support of the party establishment. In direct comparison to that, 19 percent of those polled think the party should ditch Trump and fall more in line with the establishment.

The ex-president is set to deliver the keynote address at the Conservative Political Action Conference, which takes place in Orlando next Sunday (February 28). In that speech he’s expected to talk about “the future of the Republican Party and the conservative movement.”

The findings are likely to cause a headache for establishment GOP figures, such as Senate Republican Leader Mitch McConnell (going to go ahead and guess not a lot of people reading this care how he feels). Last week Trump dubbed McConnell an “unsmiling political hack” and added that the Republican party “can never again be respected or strong with political ‘leaders’ like Sen. Mitch McConnell at its helm.”

The poll indicates that support for Trump amongst GOP voters remains strong since the Senate acquitted him during his impeachment trial after his supporters rushed the Capitol on January 6. Only four percent of those surveyed said that trial made them less supportive of Trump, while 42 percent said it actually made them more supportive. The remaining 54 percent said it did neither.

Since he left office about a month ago, Trump has been hosting Republican lawmakers at his Mar-a-Lago resort in Florida. There he’s reportedly stated his intent to retaliate against Republicans in congress who didn’t back him during that impeachment hearing.

10 Republicans in the House voted to impeach, while seven Republican Senators did the same.

The same poll shows that eighty percent of respondents said they would be less likely to back a Republican candidate who voted to convict Trump. That’s notable since Trump has claimed he’d try to recruit candidates for primary elections to run against those who did just that.

We’re not surprised one bit — but we are, however, terrified.

The post Sounds About White: Poll Shows Nearly Half of Republicans Would Break With GOP and Join Trump Party appeared first on LOVEBSCOTT. 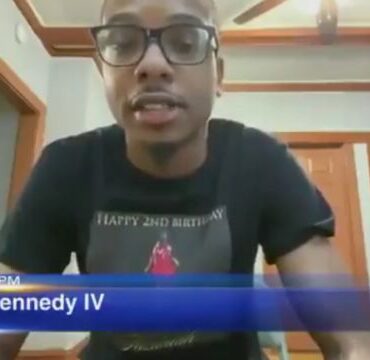 Another day, another Black man harassed and brutalized by police officers while in the commission of...minding his own business.Read more...