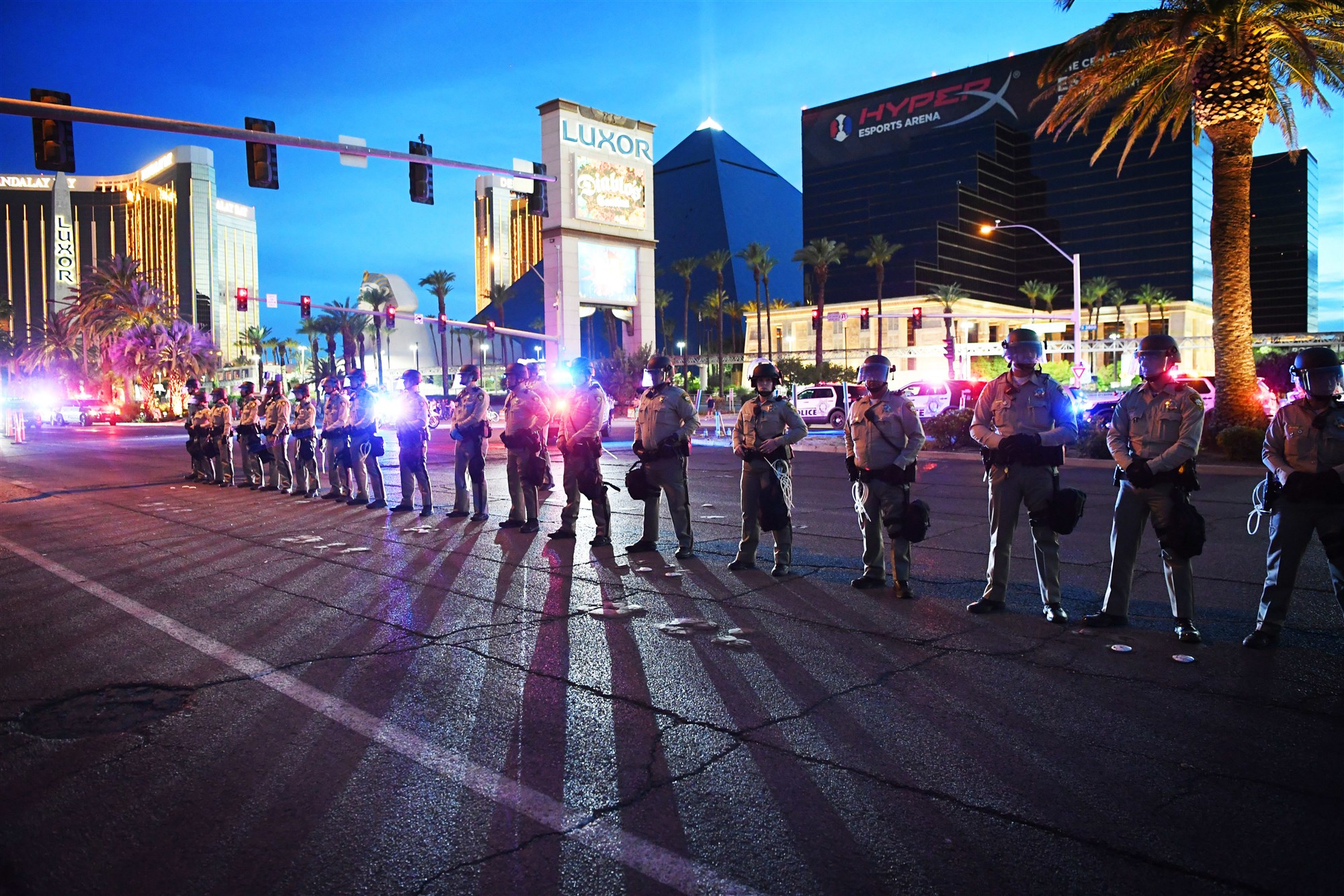 A Nevada police officer is suing for $1 million claiming his free speech was violated after he was suspended for four days over making comments on social media about Black Lives Matter protesters.

The City Council will hire independent counsel to defend the city after bomb squad technician George Forbush filed a lawsuit last month over the suspension, which was in relation to tweets that the city deemed threatening. He alleges the city suspended him “because of his particular viewpoint of his political opinions as expressed on his personal social media.”

The four posts that got him in trouble include remarks about tossing gasoline at protesters who tried to burn an American flag and plans to “build a couple AR pistols just for BLM, Antifa or active shooters who cross my path and can’t maintain social distancing,” according to NBC News.

In another of the tweets in reference to an officer convicted of planting evidence, he wrote it “would be ironic if someone planted drugs by cramming them” into a body cavity “so they could be found during an intake search when he goes to prison for what he did.”

“Officer Forbush did not relinquish his right to think, care, and speak about politics and current events when he accepted a job as a police officer,” the lawsuit read, adding that “the city does not have a clear, consistent, and Constitutional policy regarding officers’ personal social media use.”

The suit then claims that the case is a “warning broadcast to all city employees that they had better not say anything, anywhere, in any forum, even in their personal social media discussions of matters of public concern.”

The city policy says that “employees and elected officials” shouldn’t post “discriminatory remarks, harassing statements, and threats of violence or any language that can be viewed as malicious, obscene, threatening or intimidating toward fellow employees, citizens, or vendors.”

He has no case — and we hope the city countersues to teach him a lesson. Say What Now? 2-Year-Old Boy Shoots Both His Parents with Gun Found on Nightstand

A 2-year-old boy reportedly shot both of his parents in Maine after finding his parents’ gun laid out on a nightstand. The child, who was also injured when the firearm recoiled, fired just a single shot. via NYDN: The boy’s mother was shot in her leg and his father suffered a minor head injury Wednesday morning. All three were treated for non life-threatening injuries. “How the boy was able to […]