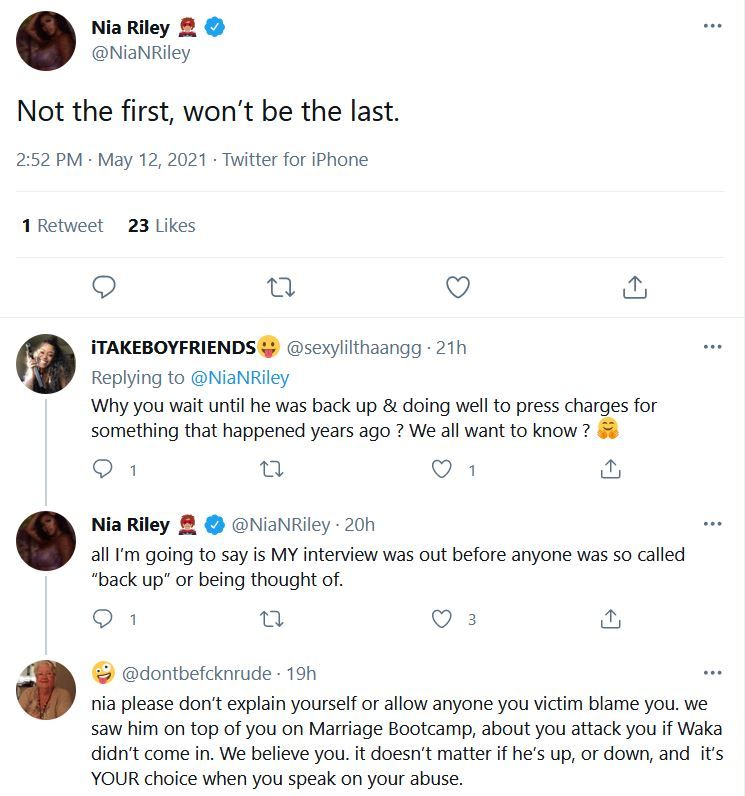 Soulja Boy seemingly responded to sexual battery allegations made against him by an ex. All of the details are pointing to his ex, Nia Riley. And she’s posting up subliminals as well. More inside…

Soulja Boy has been accused of sexual battery and has been hit with a lawsuit as a result.

In a new civil suit, an unidentified woman – Jane Doe – claims she was involved with the Atlanta rapper when he physically assaulted her to point she suffered a miscarriage and claims he caused “permanent damage to her reproductive organs,” according to TMZ.

The “Crank That” rapper, who went to jail in 2019, hopped on social media to respond to the allegations on Twitter before quickly deleting the post after he started receiving backlash.

”Not the first, won’t be the last,” she tweeted.

”Why you wait until he was back up and doing well to press charges for something that happened years ago? We all want to know?,” a fan asked.

”All I’m going to say is MY interview was out before anyone was so called ‘back up’ or being thought of,” she responded.

She continued, “Funniest thing I’ve ever seen posted about me is ‘clout chaser.’ Lmao. Idgaf abt none of that. I’m not these other messy hoes. I don’t show my a**. I don’t beef with b*tches. I’m not in a new relationship on IG every month.”

Soulja Boy (real name DeAndre Cortez Way) is being sued by a woman who claims he beat her so bad she suffered a miscarriage. The woman – who is remaining anonymous & has been dubbed Jane Doe – pulled the trigger on a lawsuit where she alleges he beat her repeatedly over years. Fans have been putting the clues together and think it’s Nia who filed the lawsuit.

Jane Doe alleges Soulja would coerce her to engage in sexual acts through the threat of physical violence and said he would physically assault her if she refused. The woman is suing for assault, sexual battery, gender violence and more. 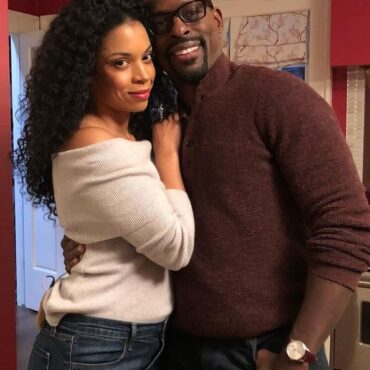 ‘This Is Us’ Ending With Season 6, Fans Want A Beth & Randall Spin-Off!