Fans are sending “get well soon” wishes to social media star Rolling Ray after he was badly burned. His wig caught on fire and he had to undergo surgery. Check out his post-surgery update inside…

Rolling Ray nearly lost his life after his wig caught on fire!

The social media star – who starred on “MTV Catfish: Trolls” – shared an update with his fans after he was badly burned on the side of his face. Apparently, Rolling Ray lit a cigarette and somehow his wig caught on fire! He took to Twitter to let everyone one he’s doing good after undergoing a surgery that lasted 2-3 hours. He said it was a painful and difficult surgery, but he’s thankful to be alive.

”It was a painful & long surgery. 2-3 hours after being woke I started to lose soo much blood, My blood pressure dropped to 66, The doctors had to give me an emergency blood transfusion, I passed out 2 times from being light headed,” he tweeted.

”They couldn’t find a vein they tried 6 times,” he continued. “After trying 6 times they decided to put a line by my growing area to give me emergency fluids & the blood fusion, I couldn’t take all that so I passed out again at 7PM & woke up at 6:00AM. The blood transfusion was successful while I slept, I’m now healing & in a lot of pain.”

”Thank you all for keeping me in your prayers. It was a difficult surgery but I’m alive. I love you all it’s nuffin purrrrr,” he tweeted.

Before the most recent update, he addressed trolls who called what happened to him “karma.” The reason people are saying it’s karma is due to his Twitter feud with City Girls’ rapper Yung Miami.

Last month, Ray & Yung Miami were feuding on Twitter and Ray told Yung Miami to “dig up her dead baby daddy.” Yung Miami’s son’s father, Jai Wiggins, was shot and killed over the summer. He addressed his “karma” in a tweet:

I miss y’all! See y’all soon, if this what Karma feels like she should’ve came harder because I’m alive while others still dead. God loves me! Imma bounce back

”I miss y’all! See y’all soon, if this what Karma feels like she should’ve came harder because I’m alive while others still dead. God loves me! Imma bounce back,” he tweeted.

When Yung Miami caught wind of what happened to Ray, she posted a subliminal on Twitter:

God don’t play about me

”God don’t play about me,” she tweeted.

Before the Twitter updates, Ray also hopped on Instagram Live to talk about the scary ordeal. He started recording the Live from his hospital bed shortly after he was admitted.

Below, he explains how exactly the wig caught on fire and what he did once he realized he was burning (start at the 3:07-minute mark):

In 2018, Rolling Ray gained attention when he was featured in an episode of “MTV Catfish: Trolls.” Peep a clip from his explosive episode below:

A few months after his TV debut, Ray revealed he was hit by a car while crossing the street in his wheelchair:

Can’t believe I’ve been on bed rest for a month now !!! Can’t wait for this to be all over with

Lordt. He has been through a lot.

Prayers he has a speedy recovery. We hope everyone is more conscious about their words because this is a crazy world. 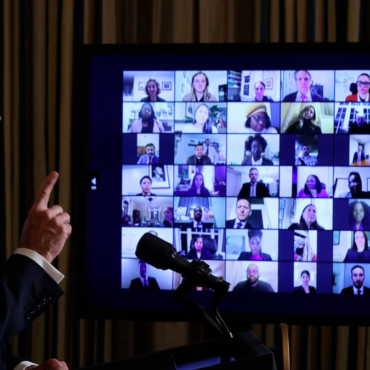 President Biden has fired three members from the former Trump Administration on his first day in office. What We Know: Many of Donald Trump’s most notorious appointees, including his Cabinet secretaries, resigned shortly before Joe Biden took office. But myriad officials, whom Trump installed in the executive branch, remained in spite of their antagonism toward the new president’s agenda. As of today, Biden fired three of former President Trump’s most […]