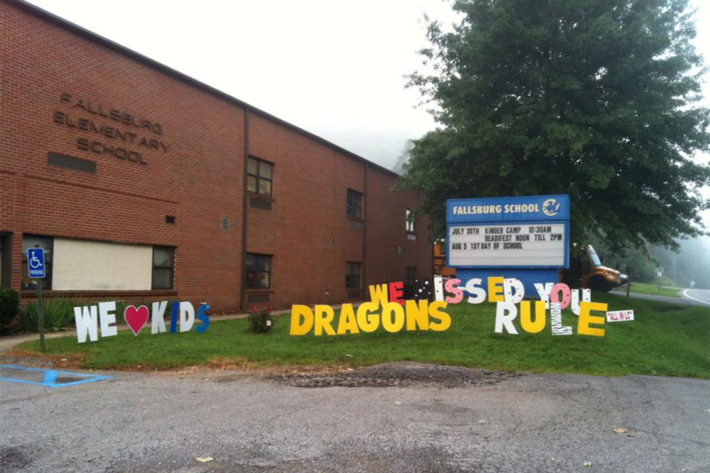 A Kentucky fourth-grader was injured during an outdoor class after a tire from a passing trailer came loose and hit him in addition to two other students.

The male student was in one of two classes returning from an outdoor math class when the incident occurred at Fallsburg Elementary School in Louisa at 3 p.m. on Tuesday, Lawrence County Schools said in a statement.

A vehicle was driving northbound on Route 3 when a wheel from a trailer that it was hauling broke loose, and went hurtling toward the school, officials said.

The tire crossed two lanes of road, a ditch and a ridge near the school’s sidewalk before it struck the school, then ricocheted and hit three students, the statement said.

Gracie Stone, a sixth-grader, told NBC affiliate WSAZ she was in class inside when an intercom announcement from the school secretary put out a call for the school nurse to tend to an emergency outside.

“That was really awful timing, because they were coming right in from class,” Stone said. “I bet they were just sitting there, joking around, having a good time, then all of a sudden, bam, that just happened.”

A mother told WSAZ that her 10-year-old son suffered a concussion in the incident, and was hospitalized.

According to the school district, the boy was airlifted to Cabell Huntington Hospital just over the West Virginia state line, and was conscious and responsive while being transported.

He was discharged from the hospital Tuesday night, WSAZ reported. 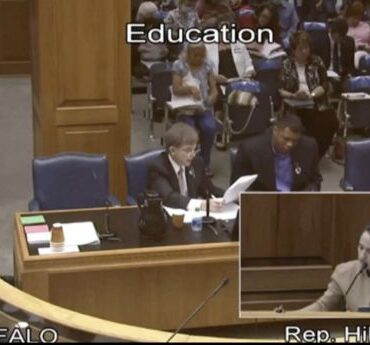 Louisiana Lawmaker Wants to Ban ‘Divisive Concepts’ Like Critical Race Theory, Also Wants to Teach About the ‘Good’ in Slavery

At this point, I just need the Republican Party to admit that it’s the answer to the age-old question: Is there a heaven for a Klan member?Read more...