So Sad: Fla. Mom Charged with Murder Weeks After Bodies of Her 2 Young Daughters Were Found in Canal

The mother of two little girls whose bodies were pulled from a Lauderhill, Fla., canal in late June was arrested on Tuesday and charged with their murder.

Soon after her daughters Daysha Hogan, 7, and 9-year-old Destiny Hogan were found dead on June 22, Tinessa Hogan, 36, was identified as a person of interest in the case.

Hogan has been hospitalized since then due to her allegedly erratic behavior in the days prior.

Destiny’s body was first spotted floating in the canal around noon that day. Hours later, Daysha’s remains were recovered.

Hogan and her daughters lived in a building near the canal.

Police allege Hogan was seen in the canal the day before her daughters’ deaths.

Several people told investigators that she was offering to baptize neighborhood children.

Officials have not yet released information about how the girls died.

A motive for the killings is also unclear.

PEOPLE was unable to determine if Hogan has an attorney who could comment on her behalf.

Hogan has not entered pleas to the two charges she faces.

The post So Sad: Fla. Mom Charged with Murder Weeks After Bodies of Her 2 Young Daughters Were Found in Canal appeared first on LOVEBSCOTT. 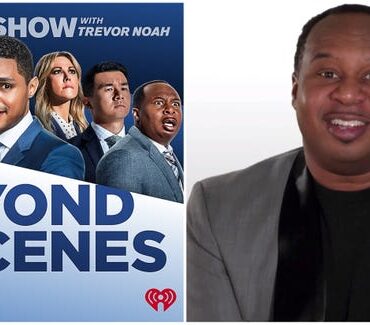 Comedian and TV correspondent for The Daily Show with Trevor Noah, Roy Wood Jr. will be taking the reins of a brand new original podcast series soon.Read more...