So Sad: 7-Year-Old Boy Dies After Accidentally Lighting Himself on Fire While Playing with Matches [Video] 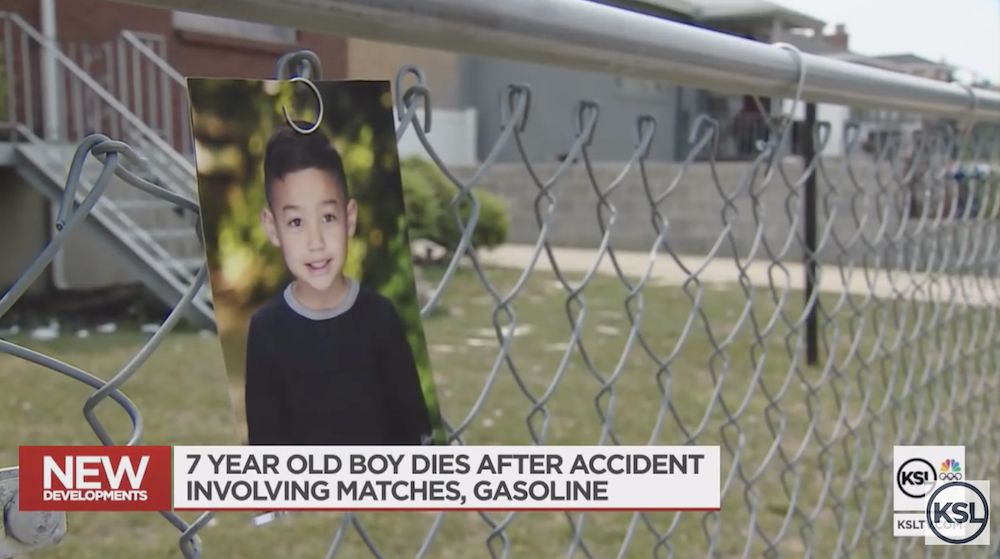 A young boy passed away in Utah over the weekend after he accidentally set himself on fire while playing with matches.

The fatal incident unfolded on Saturday evening in the alleyway behind Salt Lake City (SLC) residences, a spokesperson for the SLC Police Department confirms to PEOPLE.

SLC Fire Capt. Tony Stowe told NBC affiliate KSL-TV that two boys, ages 7 and 9, were playing with “matches and some type of accelerant” when one accidentally set himself on fire while attempting to melt a fence.

Stowe said the blaze burned off most of the boy’s clothing and caused second-degree burns to 90 percent of his body.

Neighbors at the scene were able to wrap the boy in a blanket to extinguish the flames before he was transported to Primary Children’s Hospital in critical condition, according to KSL-TV.

However, it was sadly too late for the young boy, who later died of his injuries, the outlet reported. The other boy did not suffer any injuries during the incident, per the outlet.

Though authorities have not released the children’s identities, neighbors spoke to KSL-TV and confirmed the victim was 7-year-old Kaisen Dam.

“He’s like a little brother to us,” said neighborhood friend Sito Tausinga. “He was really close… He’s the one who brings everyone together.”

Added Sito’s sister, Fane Tausinga: “I’m sad. I’m really sad. He would just come [on] ride bikes with us, and then he started to know us, and my mom loved him.”

The sisters said Dam knew every kid on the street and was always asking to play outside.

“He has like no electronics, so he knocks on people’s houses and says, ‘Can your kids come play?’” Sito explained to KSL-TV. “And I see them all laughing outside and playing with him and it’s cute.”

“Yesterday… he just came and he was like, ‘I’m bored.’ And I opened the window and I said, ‘Go home,’” added Fane. “And three hours later, we found out there was a fire in the back. My auntie called my mom, and we just heard my mom screaming, and we all came over here.”

At this time, the incident remains under investigation by the SLC Fire Department and Police Department.

As officials work to get answers, Dam’s family — who speak mostly Vietnamese — paid tribute to him, telling KSL-TV how friendly and sweet he was, and how much they loved him.

“We love them so much,” Fane said, “and we just want them to know we’re all here if they need anything.”

What a tragic, unfortunate, situation. We pray his family finds peace.

The post So Sad: 7-Year-Old Boy Dies After Accidentally Lighting Himself on Fire While Playing with Matches [Video] appeared first on LOVEBSCOTT. 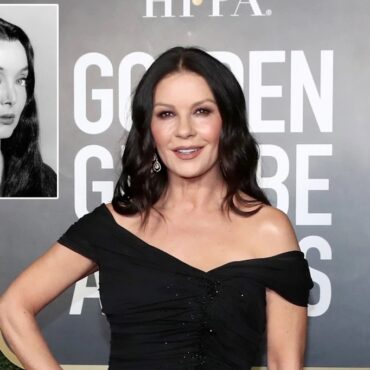 Catherine Zeta-Jones has officially been cast as Morticia in the upcoming Wednesday Addams series on Netflix. via NYP: The “Chicago” actress will star in the eight-episode series alongside cast members Jenna Ortega and Luis Guzmán. Ortega will star as Wednesday and Guzmán will play Gomez Addams, Morticia’s husband. The mystery-comedy will have a supernatural element, as viewers will follow Wednesday Addams’ school years as a student at Nevermore Academy. While […]