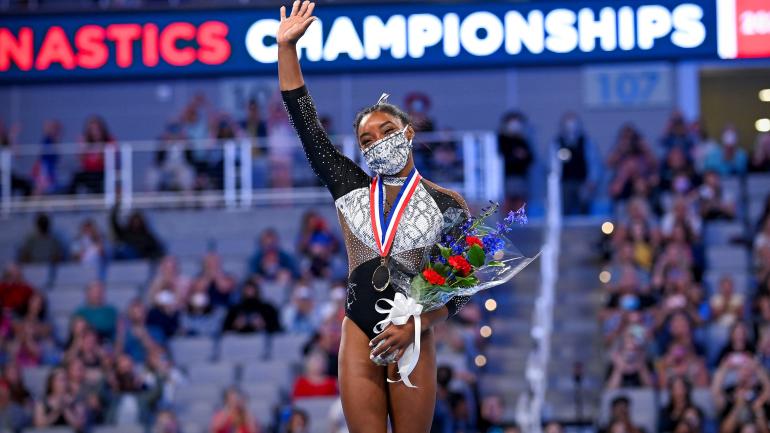 Simone Biles picked up her 7th national title at the 2021 U.S. Gymnastics Championship on Sunday at just 24-years-old.

Biles came into the second day of competition at the top of the leaderboard, with her training mate Jordan Chiles close behind in third, where she ultimately finished. Sunisa Lee placed second overall after winning uneven bars.

With her win, Biles broke a tie she previously held for the most all-around national titles with Clara Schroth Lomady, according to NBC Sports.

As with her outing at the U.S. Classic last month, Biles wore a custom leotard decorated with a rhinestone goat design, a reference to being the greatest of all time.

Although Biles didn’t perform the challenging Yurchenko Double Pike during this weekend’s meet, she did become the first woman to complete the vault in competition last month.

The five-time Olympic medalist recently told PEOPLE that having an extra year to work on the skill gave her the courage to perform it.

“Before it was just kind of working on that vault for my block, for my other vaults,” said Biles. “And then we got a little bit more serious. I was like, ‘Okay, I think I can compete this.’ And then that’s where it landed us to last week and me competing it in competition.”

And after all that practice time, Biles said she “felt a hundred percent confident in myself that I could do it safely and land it” at the U.S. Classic.

“[I knew] it was going to be fine because in training I had done it so many times,” said Biles. “I do it every other day. And for the last couple of months, shoot, I would say like four months we’ve done on competition surface. So I felt pretty confident.”

Named after Natalia Yurchenko, a Russian gymnast who performed the stunt in the 1980s, the vault usually stops at a single flip. For her stunt however, Biles tacks on an extra flip.

Since accomplishing the feat, many have argued that gymnastics’ scoring system does not accurately reflect the difficulty of the trick (Biles was given a provisional score of 6.6 at the U.S. Classic).

While Biles admitted to PEOPLE that it does “suck” to have her hard work evaluated so low, she knows she can “still evolve” and is instead hoping to have the trick named for her. 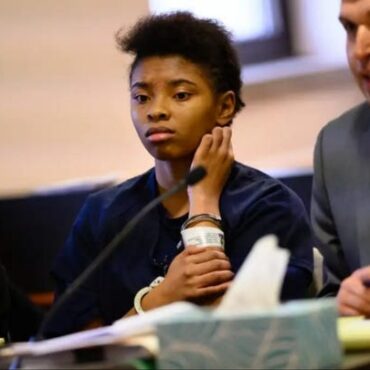