Simone Biles Is Out Here Simone Biles-ING Again With A Never Before Done Double Pike Move. THEY Are Mad But We STAN! 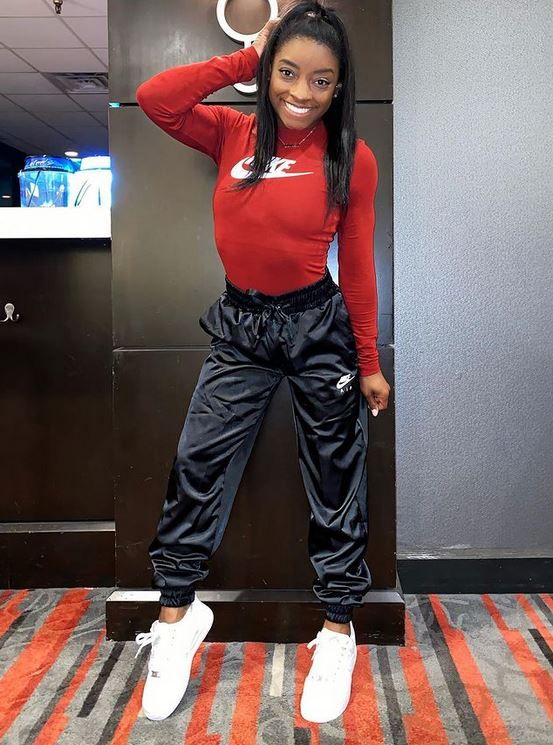 Chile, Simone Biles tore up the gymnasium at the U.S. Classic in Indianapolis over the weekend. The 24-year-old athlete – who is the most decorated American gymnast in history – successfully landed a move no other woman has done in the past solidifying herself to G.O.A.T. status. More inside…

Simone Biles is already the most decorated gymnast in history, but that just isn’t enough for her. Nope. She loves a good challenge when it comes to difficult moves, so it came to no surprise that she made history AGAIN over the weekend.

Listen, she already has some moves named after her. As of now, there are four elements in the Women’s Artistic Gymnastics Code of Points named after Simone, including one on vault, one on balance beam, and two on floor exercise. #BlackExcellence at its finest, but it doesn’t stop there.

Over the weekend, the decorated gymnast became the FIRST woman to land a Yurchenko double pike in competition at the U.S. Classic in Indianapolis. It’s her first competition in 18 months due to the COVID-19 pandemic.

Simone Biles really put a goat on her leotard. Legendary.

Rocking a white rhinestone leotard which featured a blinged out GOAT (how fitting for the actual G.O.A.T. to wear), the talented gymnast proved to the world why she’s considered the greatest.

Watch her land the difficult move below:

She is the first woman in HISTORY to perform the move in competition. @OnHerTurf pic.twitter.com/j07ZweTA0f

In the past, the Yurchenko double pike has only ever been done by men in competition in the past and it’s considered so dangerous that no other women even attempted it. The judges gave her a low score of 6.6, which was far too low considering the difficulty of the move.  Reportedly, they didn’t have a system to assign a diffulty rating to it because it’s ever been attempted by a woman.

By the end of the night, Simone – the defending Olympic champion in the all-around – received an all-around score of 58.400, which was still the best of the night. So there’s that.

The NY Times spoke to Simone about her score and she reacted:

Part of the reason for that might be a concern for the safety of gymnasts not nearly as skilled as Biles — by assigning a dangerous move a low start value, the federation quietly discourages others from risking it. But there also may be a fear that Biles is so good that she might run away with any competition she enters simply by doing a handful of moves that her rivals cannot, or dare not, attempt.

“They’re both too low and they even know it,” Biles said of the rewards for her beam dismount and the double-pike vault. “But they don’t want the field to be too far apart. And that’s just something that’s on them. That’s not on me.

“They had an open-ended code of points and now they’re mad that people are too far ahead and excelling.”

Despite not being properly rewarded, Biles, the defending Olympic champion in the all-around, said she would continue doing them. When asked why, she quickly answered, “Because I can.”

“I feel like now we just have to get what we get because there’s no point in putting up a fight because they’re not going to reward it,” she said of judges and, ultimately, the International Gymnastics Federation, which has the final word on starting values for new vaults done in competition. “So we just have to take it and be quiet.”

Chick said try your outdated, pre-historic, mediocre ass scoring system, not me. And we’re HERE for it all.

Before landing her historic move (they should go ahead and name that one after her as well), she was already cutting up with bomb moves on the vault:

As we mentioned, Simone is the most decorated American gymnast in history with a combined total of 30 Olympic and World Championship medals. She’s the world’s third-most decorated gymnast.

Meanwhile, this is the rest of us at home after watching because chick made it look easy:

Everyone in their backyard after she wins gold at the olympics pic.twitter.com/VJLW0YqnAq 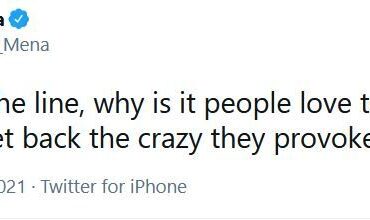 ARE WE SURPRISED? Pregnant Erica Mena Files For Divorce From Safaree

Welp. Erica Mena – who is currently pregnant with her 3rd child and the couple's second - has pulled the trigger on a divorce from her husband of less than two years, Safaree Samuels. Details inside… Well, we can’t say we didn’t see this coming. ”Love & Hip Hop” stars Erica Mena and Safaree Samuels are seemingly done (again). Except this time, Erica hobbled down to the courthouse to file […]