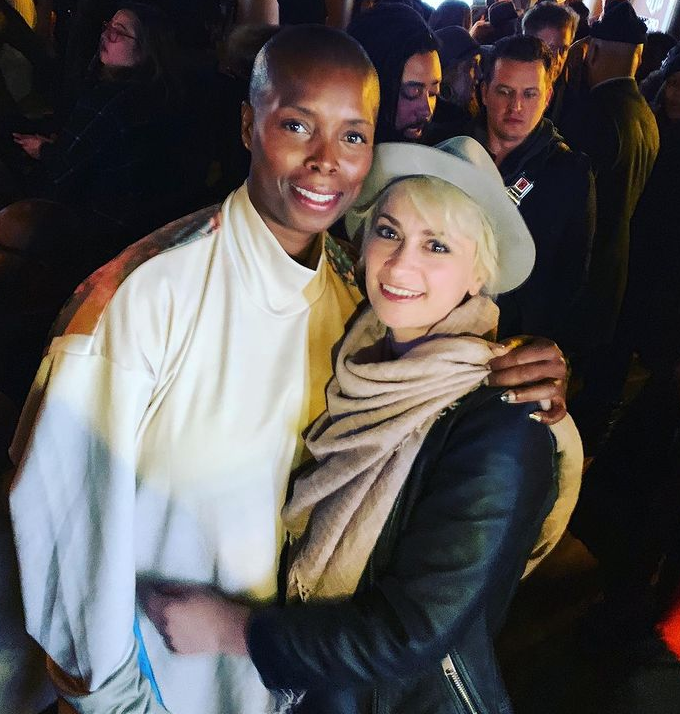 In very tragic news, a crew member was accidentially killed after actor Alec Baldwin discharged a prop firearm on the set of the movie, Rust, which was being filmed in New Mexico. Director Sidra Smith (twin sister of Tasha Smith) mourns the death of the slain crew member, director of photography Halyna Hutchins. Meanwhile, actress Reagan Gomez questions how this even happened.

The devestating details are inside…

Hollywood is in turmoil after tragedy struck a movie set yesterday.

Director of Photography, Halyna Hutchins, was accidentially killed and director, Joel Souza, was injured after actor Alec Baldwin reportedly discharged a prop firearm while shooting scenes on the set of the movie Rust, in New Mexico. Rust is a Western film set in the 1880s that stars Alec Baldwin, Travis Fimmel and Jensen Ackles.

According to reports, the 42-year-old cinematographer was transported to the hospital via helicopter and was pronounced dead at the University of New Mexico Hospital. The 48-year-old director was transported to Christus St. Vincent’s Regional Medical Center by ambulance for care. As of now, details about his condition haven’t been released.

“According to investigators it appears that the scene being filmed involved the use of a prop firearm when it was discharged,” the statement said. “Detectives are investigating how and what type of projectile was discharged.”

We can’t imagine the shock and horror that raced through the set after the cast and crew realized people were hurt. It’s unclear if shrapnel from a misfired prop gun or actual bullets caused the tragedy.

Halyna Hutchins was the cinematographer for casting director Sidra Smith‘s A Luv Tale. On Instagram, Sidra posted a heartfelt tribute about Halyna and the devestation she felt when she first heard the news about her untimely passing.

“I just found out DEVASTATING news,” Sidra wrote in the caption of a picture of herself with Halyna. “My cinematographer for #aluvtale @halynahutchins was killed in a terribly tragic accident on the film set of Rust. This breaks my heart into pieces. We spoke when she was headed to shoot this film. She was so happy and i was so happy for her. It’s hard out here for women cinematographers and this was a HUGE opportunity for her. She was so young and so talented. Halyna and i spent so much time together. She was so beautifully gracious and words can not express how supportive she was to me. She loved black women, loved Harlem, was SUCH a hard worker. We laughed. This woman was AMAZING. Halyna had a beautiful son and husband. God bless her beautiful heart and soul. Life is so short. You never know when. This has me so so sad.

“Rest in peace, my beautiful sister. I will be forever grateful to you. #halynahutchins”

I’m so so sad. My heart is broken.

Actresses Reagan Gomez and Holly Robinson Peete pondered how on earth this happened:

This story is devastating. How in the world does this happen?

“This story is devastating. How in the world does this happen?,” she tweeted.

This is just so horrific and disturbing. Every time I’ve been on sets with guns the protocol is SO strict. We are shown the empty barrel of the guns and make sure there’s nothing in the chamber.

“This is just so horrific and disturbing. Every time I’ve been on sets with guns the protocol is SO strict. We are shown the empty barrel of the guns and make sure there’s nothing in the chamber. How did this happen?? #HalynaHutchins,” Holly tweeted.

I’m so haunted by this. With guns in my experience there’s always such a strict set protocol and the entire crew watches as the chambers are shown empty by the props special effects people. Been this way for so long.
I still can’t process the Brandon Lee tragedy. https://t.co/7ufn1tiEpz

“I’m so haunted by this. With guns in my experience there’s always such a strict set protocol and the entire crew watches as the chambers are shown empty by the props special effects people. Been this way for so long. I still can’t process the Brandon Lee tragedy,” she continued.

“Everytime we have gunfire on a set whether i’m holding the weapon or it’s being aimed in my direction i’m a little on edge. Its never to be taken lightly. This job can be super fun but it can also be super dangerous. My heart goes out to her family and the crew. So sad. Rest easy @halynahutchins,” he wrote.

“There are no words to convey my shock and sadness regarding the tragic accident that took the life of Halyna Hutchins, a wife, mother and deeply admired colleague of ours,” he wrote. “I am fully cooperating with the police investigation to address how this tragedy occurred and I am in touch with her husband, offering my support to him and his family. My heart is broken for her husband, their son, and all who knew and loved Halyna.”

Two days ago, Halyna shared a video of herself enjoying her day off from the set horseback riding:

Photos of a distraught Alex Baldwin pacing in the parking lot outside the Santa Fe County sheriff’s offices after being questioned surafced online:

Poor thing. The investigation “remains open and active” and no charges have been filed, according to the Sheriff’s Office.

Such a tragic situation. We’re sending prayers and condolences to Halyna’s family and friends. 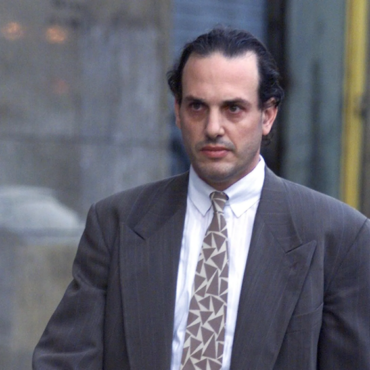 Say What Now? Man Admits to Murdering His Wife More Than 30 Years After She Went Missing

A former plastic surgeon admitted to killing his wife and throwing her body out of an airplane after 30 years of denying it. via Complex: ABC News reports Robert Bierenbaum made the confession during a parole board hearing in December 2020, about 36 years after his wife, Gail Katz, went missing in New York City.  “I wanted her to stop yelling at me and I attacked her,” Bierenbaum said, according to a hearing transcript obtained […]