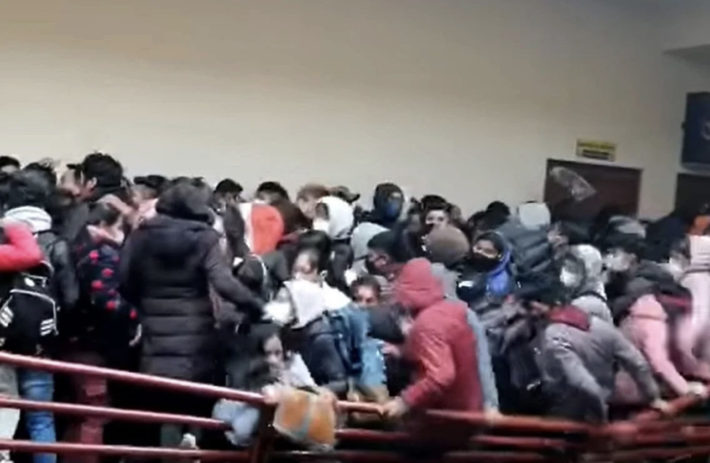 A shocking moment captured on video — seven college students fell to their death and four others were injured in Bolivia when a railing collapsed, sending them falling from a fourth-floor balcony.

Wild video of Tuesday’s incident showed a mass of students from the Public University of El Alto packed onto the balcony before the railing gave way.

The tragedy happened in the university’s financial sciences building, as students attempted to enter a lecture hall for an assembly.

The footage, obtained by the Sun, also showed one young woman pushing another near the railing moments before it collapsed.

Bolivian police general commander Jhonny Aguilera Montecinos said Wednesday the woman seen in the struggle will be questioned as part of the investigation, local outlets reported.

“We regret the tragedy that occurred at the Public University of #ElAlto (UPEA), where there were several deaths and injuries,” Bolivian President Luis Arce wrote on Twitter.

“Our deepest condolences to the people of El Alto and to the suffering families. We await the prompt clarification of the facts.”

You can see video of the harrowing incident below. 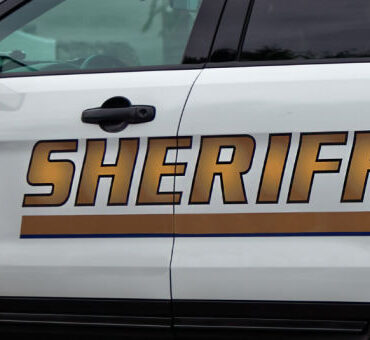 One thing about cops, they want to be treated like they’re someone special in society, but a lot of them don’t want to be held to a higher standard than the civilians they protect, serve and sometimes have to arrest.Read more...