Gymnast Nia Dennis is making sure black culture is put in the gymnastics limelight. She wowed the world with an incredible Beyonce-themed floor routine last year and she just did it again! See Missy Elliot’s reaction, her bomb routine and more inside…

“This routine definitely reflects everything that I am today as a woman and of course I had to incorporate a lot of parts of my culture,” Nia told The Los Angeles Daily News.

Peep her bomb performance below:

This is what #blackexcellence looks like. @DennisNia does it again!

okay @DennisNia do the damn thing girl this was so fun to watch! keep killing it! https://t.co/eDntwMpC4R

Last year, Nia wowed us with a Beyonce-themed floor routine that caught the attention of Alicia Keys:

look at this unstoppable power and confidence!! Was just talking about how nothing gives you more power then being yourself! Shine @DennisNia, I’m inspired!! 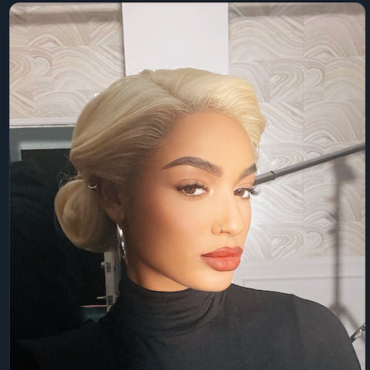 DaniLeigh issues an apology in response to the never-ending Twitter dragging over her new track titled “Yellow Bone.” However, Black Twitter isn’t here for it. More inside… Singer DaniLeigh has been getting dragged relentlessly on social media after she previewed her new song “Yellow Bone.” *face palm* Her original post has been deleted, but here’s what she posted that launched the backlash:         View this post on […]