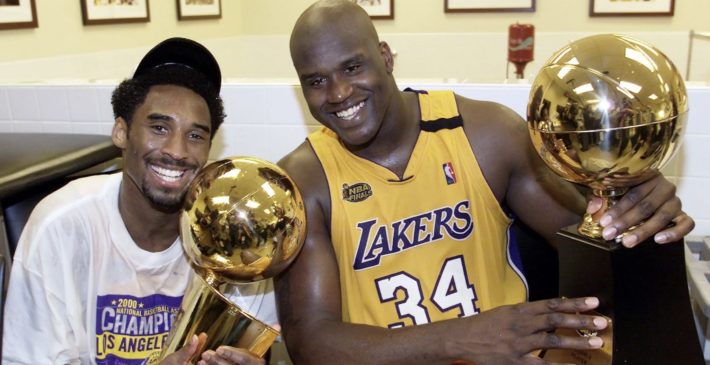 Shaquille O’Neal is one of a handful of NBA fans who expressed joy in the Los Angeles Lakers’ arena changing names.

On the latest episode of the Big Podcast with Shaq, the legendary Los Angeles Lakers big man explained why he’s happy about the name change, saying Staples will forever “belong” to him and the late Kobe Bryant.

“It was a blessing to be able to play in that building, to play in front of my favorite actors and actresses, to play in front of my family,” Shaq said, as highlighted by TMZ. “Score 61 points on my birthday, win championships, three in a row for the city. I’m glad they’re taking the name of the Staples Center down, because that was our building. … Congratulations to the owners for getting a new deal, but hey, the Staples Center belong to Shaq and Kobe, forever.”

Shaq is unconcerned with the name change for another reason: he doesn’t think LeBron James’ team is worth a trip to the arena anymore.

After opening back in 1999, the Staples Center—home to the Lakers, the Clippers, the WNBA’s Sparks and NHL’s Kings—was the site of Shaq and Kobe’s three consecutive titles from 2000 to 2002, as well as the latter’s final two championships with the team, in 2009 and 2010.

Last month, the multi-purpose arena announced the largest naming rights deal in all of sports history, believed to be valued at $700 million over 20 years. Staples will officially become Crypto.com Arena when the Lakers host the Broooklyn Nets on Christmas Day.

“In the next few years, people will look back at this moment as the moment when crypto crossed the chasm into the mainstream,” Kris Marszalek, who is the CEO of Crypto.com, told the Los Angeles Times. “This is just such a brilliant move from the guys at AEG, because the next decade belongs to crypto… And this positions L.A. and this particular venue right at the center of it.”

The 2000 title was the first of three for O’Neal and Bryant. “Black Mamba” would end up winning two more before he retired.

The post Shaq ‘Glad’ About Staples Center Name Change Since Arena ‘Belongs’ to Him and Kobe and Lakers Are Struggling Anyway [Photos + Video] appeared first on LOVEBSCOTT. 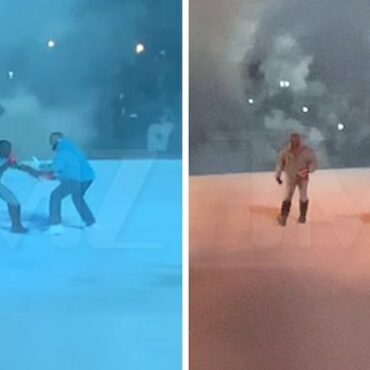 Kanye West and Drake’s recent reunion to support imprisoned O.G. Larry Hoover reportedly has the Feds shocked and upset. via: Uproxx After a few weeks of promotion, Drake and Ye took over the Los Angeles Coliseum for their benefit concert for Larry Hoover, and it was quite the spectacle. Ye took the stage a performed a number of hits from his 15-year catalog, including “Jesus Walks,” “All Falls Down,” “Good […]