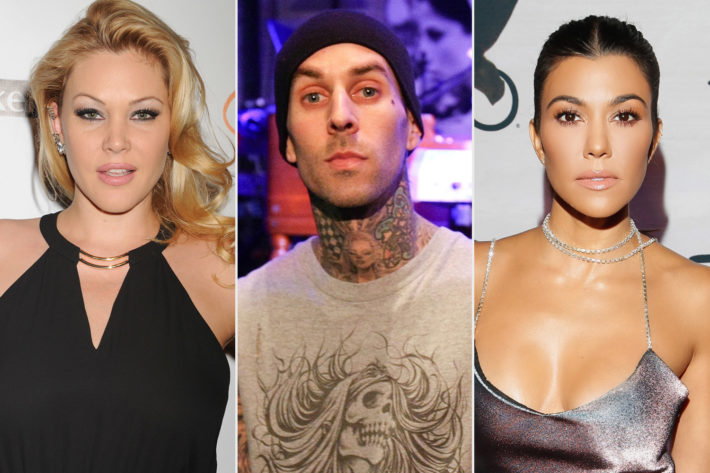 Kourtney Kardashian’s ex, Scott Disick, is having a hard time dealing with Kourt’s new relationship with Travis Barker — and so is Travis’ ex, Shanna Moakler.

“Shanna’s moved on from Travis, but it’s been hurtful that everything he’s doing for Kourtney he did before for her, like the plane flying overhead, the flowers. It’s all exactly the same,” a source close to Moakler, who is dating Matthew Rondeau, tells PEOPLE.

To celebrate the Keeping Up with the Kardashians star’s birthday over the weekend, the Blink-182 musician took Kardashian for a getaway to Laguna Beach, California. While on the trip, he spoiled the Poosh founder with an airplane sky banner that flew across the beach reading, “Happy Birthday Kourtney.”

The singer also gifted Kardashian, 42, with a massive floral arrangement in her home, which she showed off on Instagram.

While the source notes that “Shanna and Travis are cordial with each other and are friendly — they have a long history together,” seeing his over-the-top professions of love for Kardashian — which are similar to what he did for Moakler, 46 — has been difficult for his ex.

“Again she’s moved on from Travis and has her own boyfriend and life, but this is just hurtful to her,” says the source of Moakler, who was married to Barker from 2004 to 2008.

“Shanna of course wants her children to get along with their father’s girlfriend,” says the source, but when it comes to Kardashian buying the kids lavish gifts, “she feels uncomfortable. Shanna isn’t as rich and can’t compete with that.”

PEOPLE broke the news of Kardashian’s relationship with Barker, 45, in January. The pair made their love Instagram official with a hand-holding photo posted after Valentine’s Day.

Since going public with their relationship, the pair have posted about each other on social media.

As for Kardashian’s ex, Scott Disick, a source recently told PEOPLE that the Flip it Like Disick star “is struggling” with her and Barker being together.

“Scott was pretty shocked when he found out that they are dating, and he can tell that they have moved very quickly,” the source said about Disick, who shares Mason, 11, Penelope, 8, and Reign, 6, with Kardashian. “His kids love Travis, which is also hard for Scott. Kourtney and Travis are like a family with the kids. Scott is having a hard time with this situation.”

With all the little digs Shanna’s been taking at Kourtney and Travis on Instagram, we’d say she’s not as over it as she’s like us to believe. She should be relatively grateful — this is the most attention she’s gotten from the media in YEARS. 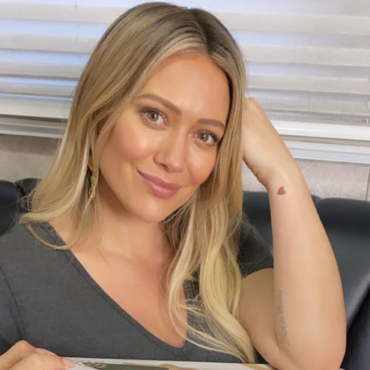 Hilary Duff Lands Lead Role in ‘How I Met Your Father,’ Headed for Hulu

Hilary Duff is set to star in a sequel series to CBS and 20th Television’s ‘How I Met Your Mother.’ Hulu has handed out a 10-episode, straight-to-series order for ‘How I Met Your Father.’ via THR: This Is Us and Love, Victor showrunners Isaac Aptaker and Elizabeth Berger will oversee the new series. HIMYM creators Carter Bays and Craig Thomas will return and exec produce HIMYF alongside Aptaker and Berger. Duff […]