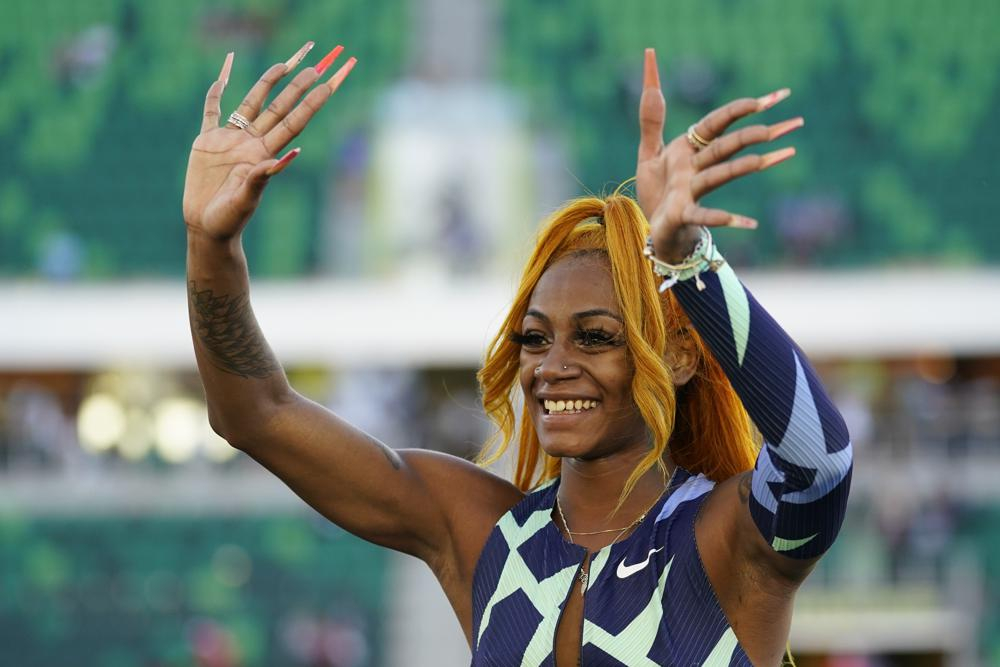 Sha’Carri Richardson isn’t running at the Tokyo Games, but she was sprinting all over our televisions in a new BEATS ad, which premiered during the NBA Finals last night. The background tune was provided by Kanye West. He also edited the spot. More inside…

Sha’Carri Richardson will not compete in the upcoming Tokyo Olympics. However, the 21-year-old was sprinting all over our televisions last night.

The YBF sprinter – who was dubbed the fastest woman in America – was featured in a new Beats campaign, which premiered during Game 6 of the NBA Finals last night.

In the ad, Sha’Carri gears up for a 100-meter race with a pair of red Beats Studio Buds earphones in her ears as Kanye West’s new track, “No Child Left Behind” plays. Yeezy scored and edited the minute-long clip.

In case you missed, check out the spot below:

As you know, Sha’Carri Richardson will not be competing at the Tokyo Olympics after she tested positive for THC, which is a chemical found in marijuana. While it’s legal in the state she was in, it was against the U.S. Olympic Track and Field rules. She qualified for The Games after running the 100-meter in 10.86 seconds, earning her the title as the fastest woman in America.

“There will be ups and down in life, but it’s important to remember to RUN YOUR OWN RACE,” Sha’Carri wrote in the caption on Instagram. “Love to @beatsbydre and @kanyewest for the support.”

She also said a new commercial and Kanye song would be released soon.

“Another commercial and another new Ye song dropping tomorrow!,” she continued. “DONDA out on Friday! Let’s goo”

Yeezy is gearing up for his big release:

Back to the NBA…

Giannis woke up like this: ordered 50 piece nuggets & kept the trophy overnight.

The Milwaukee Bucks won their first championship in 50 years afterdefeating the Phoenix Suns (105 – 98) during Game 6 of the NBA Finals. Bucks leading scorer Giannis Antetokounmpo (aka the Greek Freak) did what needed to be done all season, and came back from injury with a vengeance. Now, he’s the 2021 NBA Finals MVP.  After the win, Giannis said he was ordering 50 chicken nuggets with BBQ sauce from Chick-fil-a.

Every Antetokounmpo brother in the NBA has now won a championship

All three of the Antetokounmpo brothers in the league are NBA Champs.

After the win, Giannis hopped on IG Live to celebrate with his brother/Bucks teammate Thanasis Antetokounmpo, who was ruled OUT to pay due to “health and safety protocols.”

Check out more footage from the Bucks huge win below:

Malika Andrews: “You and 2 of your brothers are NBA Champions.” 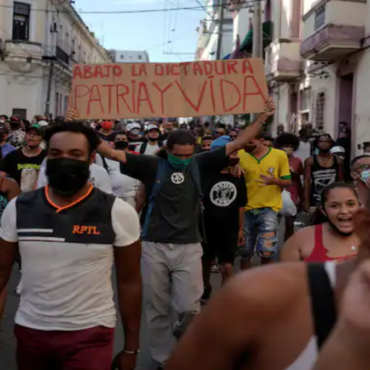 Cuban authorities confirmed trials began on Tuesday for those arrested during the July 11 protests. Demonstrators could face up to 20 years in prison. What We Know: Officials may charge those detained for “instigating unrest, committing vandalism, propagating the coronavirus pandemic, or assault.” This follows Cuba’s President Miguel Díaz-Canel, who promised on national television that protesters would receive “due legislative procedure;” when protests began, Díaz-Canel urged police, military, and the […]