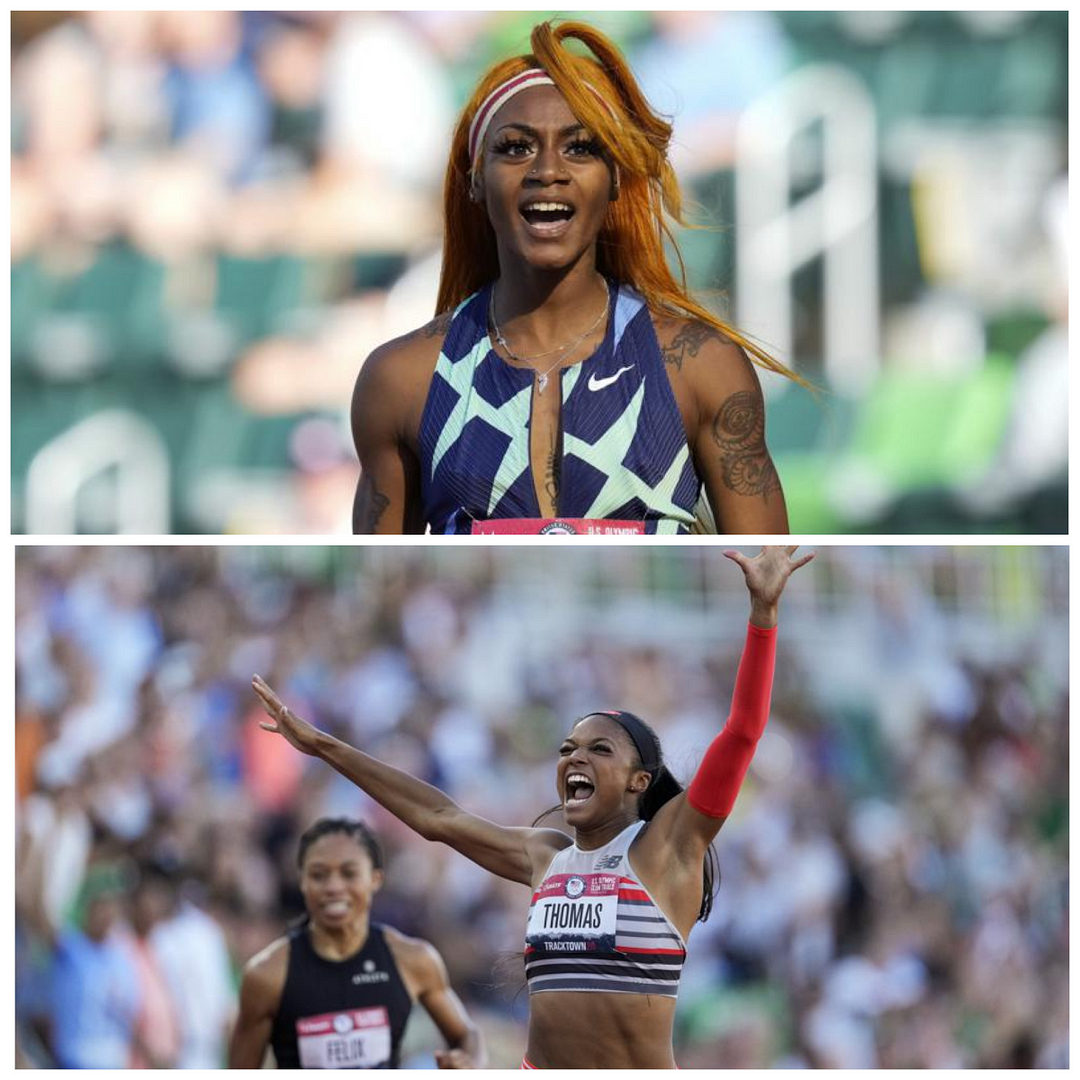 It’s official. Sprinter Sha’Carri Richardson was NOT named to the U.S. relay team, which means she will not be competing at all in the Tokyo Olympics following her positive result for marijuana, according to USA Track & Field.

Fans have been calling for a boycott of the Tokyo Olympics following the controversy surrounding Sha’Carri. Fellow sprinter Gabby Thomas spoke out about why the boycott is unfair to other black athletes.  Get it all inside… 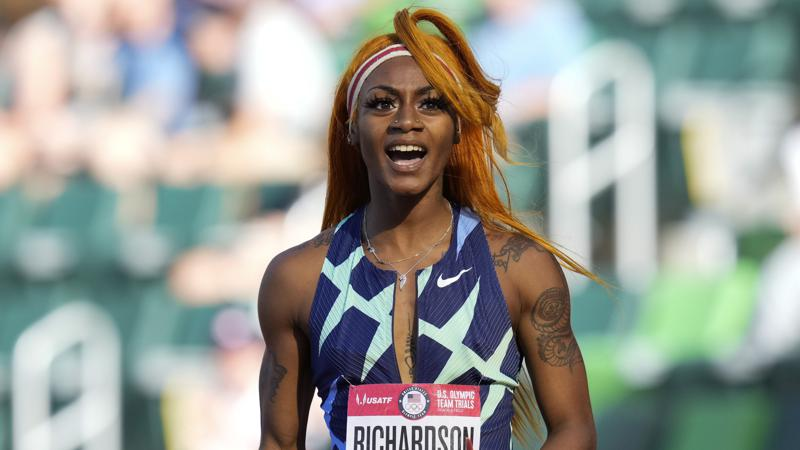 Banned sprinter Sha’Carri Richardson will NOT compete in the upcoming Tokyo Olympics. USA Track and Field released the Olympic roster and Sha’Carri’s name was NOT on the list.

The decision comes after Sha’Carri tested positive for marijuana. The positive result stripped her of a chance to compete on the relay team in Tokyo, in addition to her spot in the 100-meter individual race. It also nullified her win during the Olympic trials in Oregon last month.

To be clear, the Tokyo Olympics did not ban her from competing – the USA Track and Field did. Her name was missing from the 130-person roster USATF released. 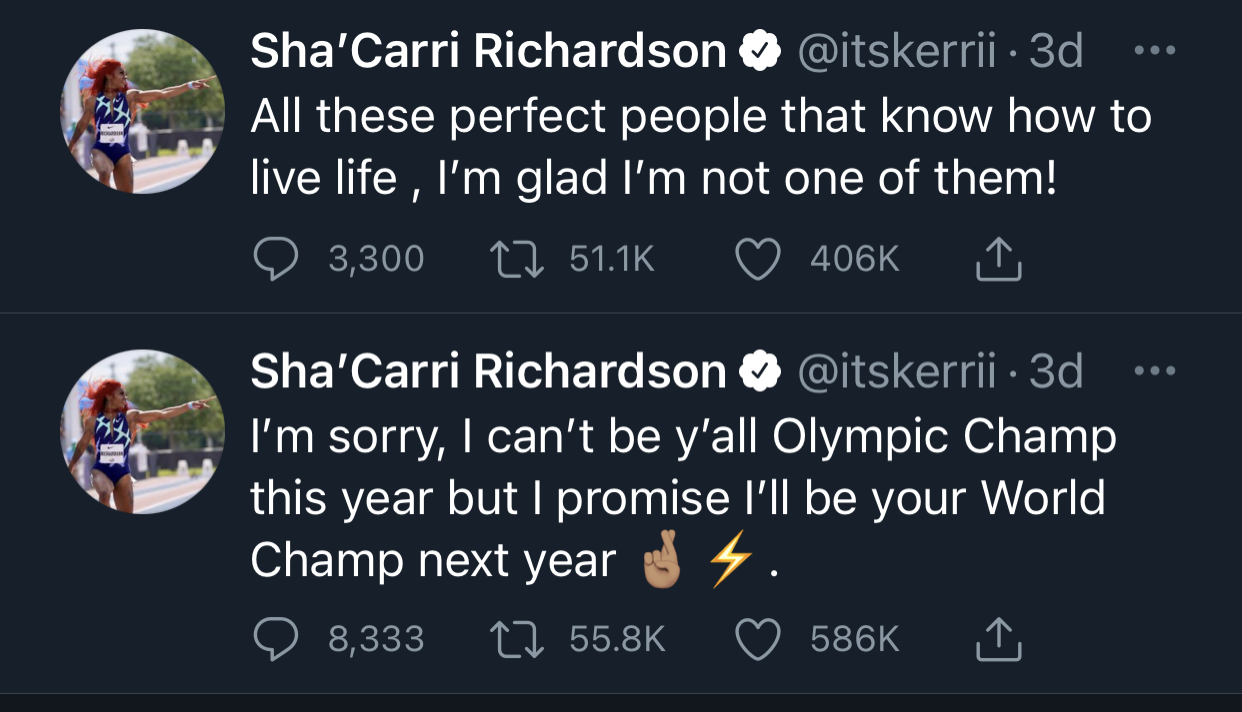 “I’m sorry, I can’t be y’all Olympic Champ this year but I promise I’ll be your World Champ next year,” Sha’Carri tweeted in reference to the World Athletics Championships. “All these perfect people that know how to live life, I’m glad I’m not one of them!”

In a statement, USATF said it was “incredibly sympathetic toward Sha’Carri Richardson’s extenuating circumstances” and “fully agrees” that international rules regarding marijuana should be reevaluated.

“So while our heartfelt understanding lies with Sha’Carri, we must also maintain fairness for all of the athletes who attempted to realize their dreams by securing a place on the U.S. Olympic Track & Field Team,” the statement read.

The 21-year-old sprinter tested positive for THC, a chemical found in marijuana after her victory on June 19th where she was crowned the fastest woman in America.

During an interview on the “TODAY” show, she said the stress of her biological mother’s recent death combined with the pressure of preparing for Olympics trials led her to use the drug. “I was definitely triggered and blinded by emotions, blinded by badness, and hurting, and hiding hurt,” she said. “I know I can’t hide myself, so in some type of way, I was trying to hide my pain.”

She owned up to her mistake, confirming she knew the Olympic rules and she shouldn’t have broken them.

“I know what I’m not allowed to do and I still made that decision. [I’m] not making an excuse or looking for any empathy.”

WH @PressSec Jen Psaki on decision from US Track and Field to keep @itskerrii off Olympic relay team.

(this after @POTUS last week said rules are rules over 100 meter ban.)pic.twitter.com/MpPfttDlv1

Before Sha’Carri’s positive test was made public, the USATF had already chosen the runners to compete in the relay races. The NY Times reports:

To make the U.S. team in a track and field event, an athlete must finish in the top three in the trials meet and have met the Olympic standard.

However, track officials are able to pick at least two athletes for the relay regardless of their performance at the trials. Because the Olympic relay is scheduled to take place after Richardson’s suspension ends, she could have been named to the team.

But the coaches had already selected the members of the relay squad and had informed those runners of their placements before Richardson’s positive test became public.

After Richardson’s disqualification, the coaches chose the next six finishers in the 100-meter race and decided it would be unfair to take a slot away from one of those runners and give it to Richardson simply because that would be the only way to get her on the team. Also, the organization’s selection criteria do not include a provision for that sort of substitution.

When news first hit that Sha’Carri would possibly miss the Olympics, people started an online movement to boycott the Tokyo Olympics since there was drama about Sha’Carri competing. 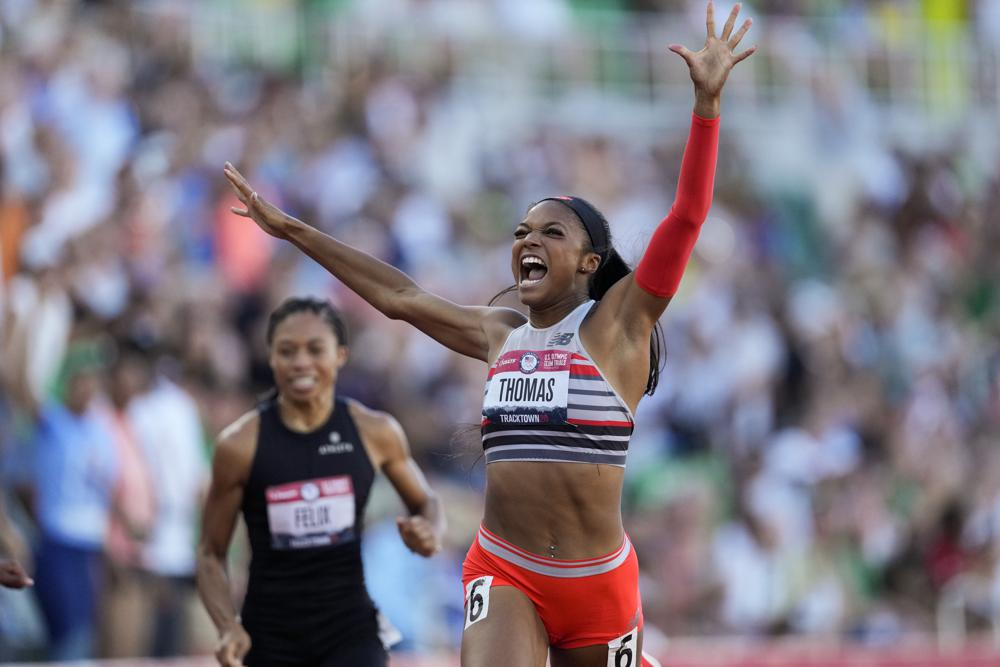 Sprinter Gabby Thomas – won the women’s 200-meter dash with the second-fastest time in the history of the event – took to Twitter to react to the boycott, calling it unfair. 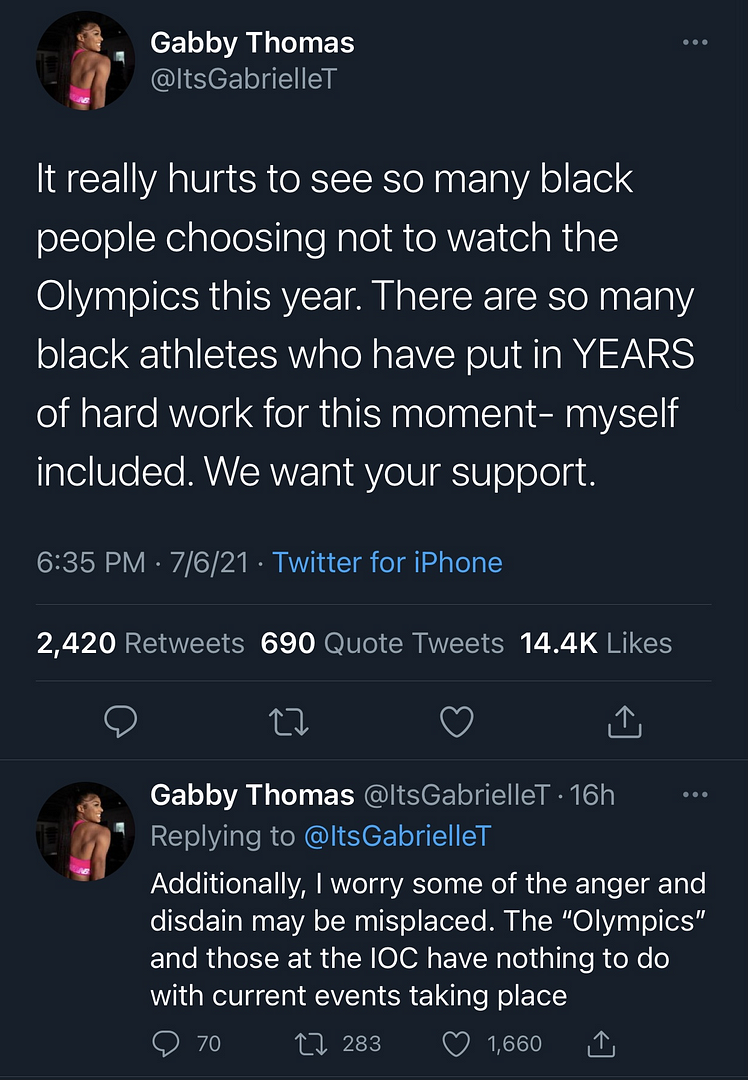 “It really hurts to see so many black people choosing not to watch the Olympics this year. There are many black athletes who have put in YEARS of hard work for this moment – myself included. We want your support,” Gabby tweeted.

“Additionally, I worry some of the anger and disdain may be misplaced. The ‘Olympics’ and those at the IOC have nothing to do with current events taking place,” the Harvard grad continued. 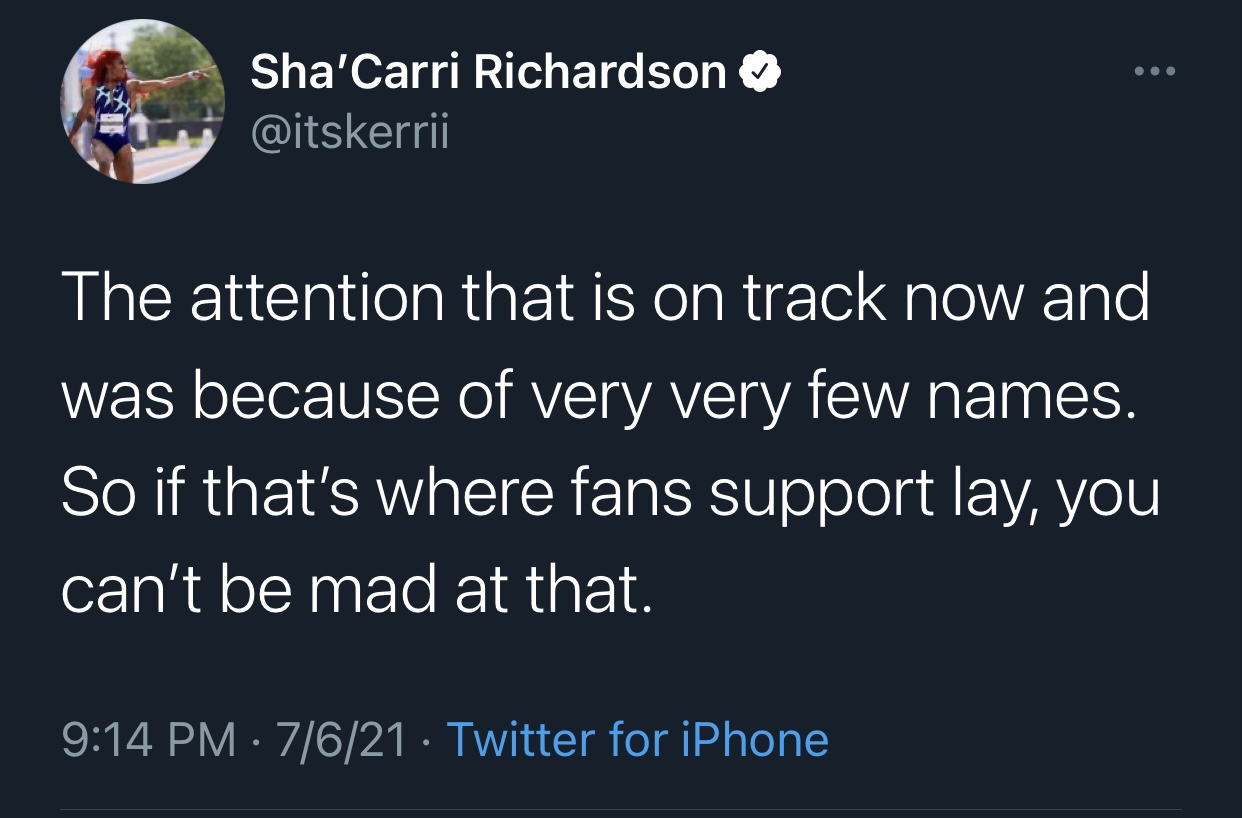 Sha’Carri responded to Gabby’s tweet, “The attention that is on track now and was because of very very few names. So if that’s where fans support lay, you can’t be mad at that.”

Hmm…how do you all feel about this? Sound off in the comments!