Republican Senator Tim Scott – the only Black Republican serving in the Senate – had social media on fire when he said “America is not a racist country” during his GOP rebuttal to President Joe Biden’s first address to Congress. Deets inside…

Senator Tim Scott’s (R-S.C.) rebuttal to President Joe Biden’s first address to Congress had social media on fire! Especially when he made the comment “America is not a racist country.”

What a historic moment it was to hear @POTUS Biden say: “Madame Speaker. Madame Vice President. No president has ever said those words from this podium, and it’s about time.”
I feel proud to be an American witnessing this progress, let’s keep it going! pic.twitter.com/j1P6xOumxk

It was a historic night for our country as President Biden delivered an address to a joint session of Congress to mark his first 100 days in office and he made sure to highlight the women in charge – VP Kamala Harris and House Speaker Nancy Pelosi – in the room.

”Madame Speaker, Madame Vice President. No president has ever said those words from this podium and it’s about time,” he said from the podium in the House Chamber.

“In our first 100 Days together, we have acted to restore the people’s faith in our democracy to deliver,” he said. “We’re vaccinating the nation. We’re creating hundreds of thousands of jobs. We’re delivering real results people can see and feel in their own lives. Opening the doors of opportunity. Guaranteeing fairness and justice. That’s the essence of America. That’s democracy in action.”

President Biden didn’t shy away from some of the REAL issues the country is battling like systemic racism, white supremecy and police brutality during his State of the Union address.

In his response, South Carolina Senator Tim Scott – the only Black Republican serving in the Senate – accused Democrats of dividing the country by wielding race as “a political weapon.”

He defended the GOP against racism accusations:

“I get called ‘Uncle Tom’ and the n-word by progressives, by liberals,” he said. “Just last week, a national newspaper suggested my family’s poverty was actually privilege because a relative owned land generations before my time.”

Maybe he didn’t have a proofreader to look over his speech because he claims America isn’t a racist country, but he also talked about his own experience of being discriminated against by police and being called racial slurs from liberals.

“I have experienced the pain of discrimination,” the 55-year-old said. “I know what it feels like to be pulled over for no reason and to be followed around a store while I’m shopping.”

But didn’t he say America wasn’t…nevermind.

Senator Scott also gave a shoutout to all of the “single mothers” holding it down:

Sen. Tim Scott: “To the single mothers out there, who are working their tails off, working hard, trying to make the ends meet, wondering if it’s worth it: you can bet it is. God bless your amazing effort on the part of your kids.”https://t.co/M3rpxwDgdO pic.twitter.com/x9kFTRqy8f

We’re not sure where this sudden concern for single mothers is coming from when Republicans are the party of removing any and all social programs that would help and/or prevent single motherhood.  Sounds like a new Republican talking point that they believe will appeal to a certain group that they assume they can sway to their side.  The same way they act like they care about prison reform in order to sway black men as if that’s the only thing MAJORITY of black people care about.

You can watch his full GOP response below:

Needless to say, Twitter started lighting his a** up following his rebuttal:

Tim Scott is gonna lose it when he finds out. https://t.co/zkko8GYlh3

Tim Scott is a shameless liar. America is and always has been a racist country.

*My prayer this morn, is that our growing, black youth, never hear another speech from a black man like Tim Scott’s last night. Never.

The same mayonnaise flavored birthers who told Barack Obama to ‘go back to Kenya,’ called his wife a ‘gorilla in heels,’ voted for a klansman’s son, and stormed the US Capitol are crying RACISM because Tim Scott is being dragged for saying “America is not a racist country.”

Until senator Tim Scott stops pushing falsehoods and starts confronting the racism and white supremacy throughout his own party and hold those accountable who incited an insurrection I really don’t want to hear him lecture on anything.

So much of Tim Scott’s speech was geared to rebutting a Biden address on structural racism that he didn’t deliver and obviously wasn’t going to deliver — latest example of GOP elites getting high on their own supply.

Hear you clearly.
Now, tell it to:

And tell it to the mirror. https://t.co/KXyRFnrrRM

In past, @SenatorTimScott spoke candidly about being a Black man in America.

For me, tonight’s speech felt out of touch. We’ve seen the videos. We know the names. He disappointed me.

But calling him, “Uncle” this or that is not constructive. Police reform will not pass w/o him.

So she doesn’t understand the “uncle” reference. Cool.

During Sen. Scott’s speech and after, the term “Uncle Tim” started trending on Twitter. A spokesperson for the social media platform confirmed they decided to block the trend.

“This is in line with our policies on Trends, specifically: ‘We want Trends to promote healthy conversations on Twitter. This means that at times, we may not allow or may temporarily prevent content from appearing in Trends until more context is available. This includes Trends that violate The Twitter Rules,’” a Twitter spokesperson told National Review in an email.

This morning, Sen. Scott said “Uncle Tim” trending last night was “upsetting,” “disappointing,” and he said it shows the left “are literally attacking the color of my skin.”

“You cannot step down out of your lane, according to the liberal elite left,” he continued.

We can fight about whether we believe America is a racist nation until we’re blue in the face. However, we would rather see Congress get some of those bills on Biden’s desk to get signed so we can start moving forward! 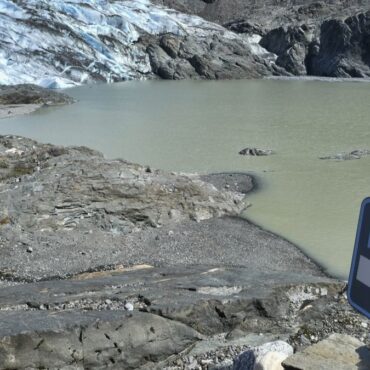