Say What Now? Woman Who Lured Tinder Date Before Strangling, Dismembering Her with Boyfriend Gets Life in Prison

Bailey Boswell walks out of the courtroom after being sentenced to life in prison.

A Nebraska woman was sentenced to life in prison on Monday for the brutal murder of Sydney Loofe, a woman who disappeared after going on what she believed was an online date.

Bailey Boswell, 27, who strangled and dismembered the 24-year-old Loofe along with her 55-year-old boyfriend, Aubrey Trail, evaded a sentence of death after a three-judge panel couldn’t unanimously decide that her role in the slaying did not meet the legal standard of “exceptional depravity.”

Two of the judge’s believed that she should get the death penalty; Trail was sentenced to death in June.

“The murder was coldly calculated, Boswell relished the murder, there was needless viewed mutilation of the body,” Presiding District Court Judge Vicky Johnson said during the hearing, KETV reports. “The murder was senseless and Sydney Loofe was a helpless victim.”

“Ms. Loofe was needlessly mutilated by Trail and Boswell as part of the plan to satisfy her sexual desire,” said Johnson. “The mutilation was not done as an afterthought to hide the body.”

Loofe, who worked as a clerk at a Menards store in Lincoln, was reported missing on Nov. 16, 2017, the day after she went on a second date with a woman purportedly named “Audrey” she had met on Tinder who was actually Boswell. Her dismembered remains were found stuffed in garbage bags in a field in Edgar on December 4.

Boswell and Trail were caught on video buying saws, bleach and trash bags prior to Boswell’s meeting up with Loofe, according to KETV

Judge Peter Bataillon, the sole dissenting vote, said prosecutors failed to prove that Boswell should be sentenced to death.

“I could not find beyond a reasonable doubt that the state of Nebraska met [its] burden of proof as to this aggravating circumstance, ” he said, according to KETV. “Nothing in this decision diminishes the senselessness of the murder of Sydney Loofe and the great pain it’s caused her family and friends.”

In a statement, Nebraska Attorney General Doug Peterson said, “Throughout the criminal justice process, Sydney’s family has persevered with dignity. With the criminal cases coming to a close and the anniversary of her death approaching, our thoughts are with the Loofe family during this difficult time.”

Boswell and Trail were convicted of first-degree murder, criminal conspiracy to commit murder and improper disposal of human remains in the killing of Loofe.

Be careful who you meet from these apps. There are some truly deranged people in this world.

The post Say What Now? Woman Who Lured Tinder Date Before Strangling, Dismembering Her with Boyfriend Gets Life in Prison appeared first on LOVEBSCOTT. 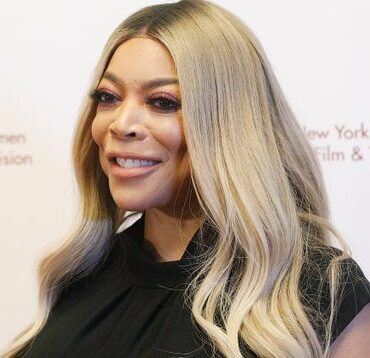 ‘My Health Has Been a Hot Topic,’ Says Wendy Williams, Giving an Update on Her Recovery

Seven weeks after the start of the Wendy show’s 13th season, how’s she doin’? Well, Wendy Williams says her journey to health—and back to the famed purple chair on her eponymous talk show—is “taking longer than we expected.”Read more...