Say What Now? Woman Allegedly Throws Snowball at Asian Man’s Car and Calls Him a ‘F*cking C*ink’ in Washington [Video] 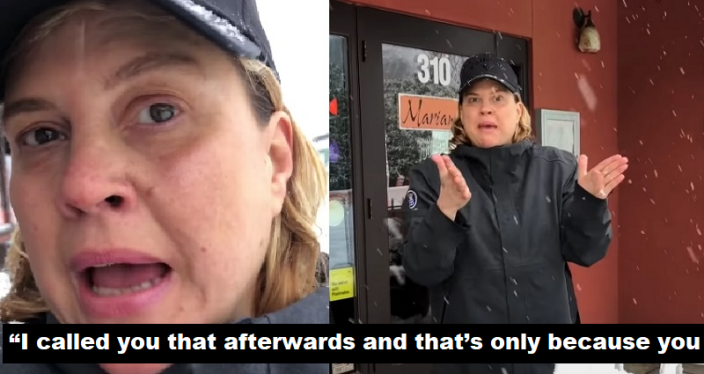 A man took to social media to share an incident that went down in Renton, Washington in which he was allegedly provoked by a woman who called him racist slurs.

In the video uploaded on YouTube channel revealkarens, a woman can be seen arguing with the person who claims she hit his car with a snowball and called him a “ch*nk” when he confronted her.“This lady was having a snowball fight in the middle of a four way intersection with her friend’s child,” the man wrote in the description.

“She looks directly at me tauntingly. I stop to let them throw before I pass, but she waves for me to go. I drive forward and then I hear a thud from her throwing a snowball at my car.”

He narrated that after he got out of his car to confront the woman, she admitted to throwing the snowball at the car and then saying, “So what?”

The woman then threw snowballs directly at him while encouraging the child she was playing with to throw snowballs at him too. When the child did so, the man told the woman to be careful how she acts in front of children.

“Her husband or friend comes over and tries to shoo me away then calls me a “pussy,” he narrated.

“She begins to get malicious and comes up to slap me in the face with a handful of snow. That’s when I called the police, who told me to wait where I was, and afterwards started recording. I overheard her call me a ‘f***ing c****’ while I was on the phone and knew I had to reveal this secret Karen.”

The uploaded footage showed the woman approaching the man recording the video and mocking him for confronting her.

According to the video uploader, the video was cut off after the woman grabbed his phone.

“The privilege and entitlement she feels is disgusting. I’m just shocked how the encounter revealed the true person. I don’t have her information but know her first name is Robin (Robyn?),” he wrote. “A simple sorry would have sufficed but glad this revealed your true colors. Good luck Robin.”

He added that while he couldn’t find information on who Robin was, he believes she is friends with the restaurant owner of Marianna and Renton Chamber of Commerce President Diane Dobson, who eventually got the woman to leave when she happened to pass by.

The post Say What Now? Woman Allegedly Throws Snowball at Asian Man’s Car and Calls Him a ‘F*cking C*ink’ in Washington [Video] appeared first on LOVEBSCOTT. 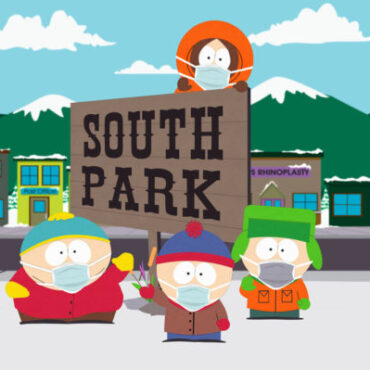 South Park fans will get a second dose of coronavirus-inspired comedy. Comedy Central is preparing another hour-long pandemic special. via Deadline: The long-running animated series’ sophomore special, South ParQ The Vaccination Special, will air on MTV2 on Wednesday Mar. 10 at 8 p.m. ET/PT. The hour-long episode is a follow up to last year’s South ParQ The Pandemic Special, which scored the series’ best ratings in seven years. In South ParQ […]