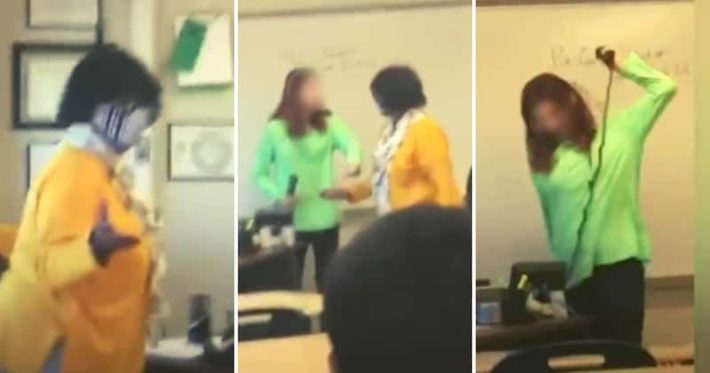 A foul-mouthed Texas student hit a high school teacher in class, then phoned her mommy and made “racially charged” comments, according to now-viral video and district officials.

The clip, which was taken at Castleberry High School in Fort Worth, Texas and posted online over the weekend, showed a white girl stomping to the front of the classroom to confront the teacher as she tried to call the girl’s parents. The girl hung up the phone and the teacher then tried to move her arm off the button. The student hit the woman in the arm and picked up the phone while yelling, “I’m calling my momma, you ain’t about to fuck me up bitch!”

While on the phone, the girl told her parent, “I need you to get over here now because this teacher is about to get fucked up if she doesn’t get the fuck away from me.”

“You want to talk to her ‘cause she’s Black and she’s fucking pissing me off right now?” she asked the person on the phone. The girl then threw the phone at the teacher and stormed out of the classroom.

The video has since gone viral and even caught the attention of civil rights attorney Benjamin Crump, who tweeted that the outcome of the incident would have been different if the teacher was white and the student was Black.

On Monday (Nov. 22), Castleberry Independent School District released a statement about the incident and turned the matter over to law enforcement “because criminal activity occurred.”

“Castleberry ISD is aware of, and greatly disturbed by, videos of an incident circulating social media in which a student becomes aggressive toward an African American teacher, including attacking the teacher physically and making racially charged comments and threats,” the statement read.

The district also commended the teacher for remaining calm throughout the violent situation. “We support this teacher and her response in the strongest terms possible,” the statement added.

Check out the video of the incident below.

This is outrageous. This Black teacher should be commended for keeping her composure in the face of such offensive criminal behavior by this student exhibiting her white privilege. pic.twitter.com/4iSXbrIAnw

Whew one of these kids are going to pull this with the wrong one. 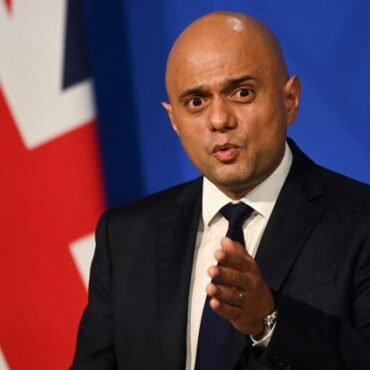 People of color in the United States are targets of racial bias in the medical field; that’s something we all know and many of us have experienced. But it is something that is also happening around the world, specifically in the United Kingdom. Which shouldn’t be a shocker.Read more...