Say What Now? Texas Woman Arrested After Posing as Her 13-Year-Old Daughter for a Day of Middle School [Video] 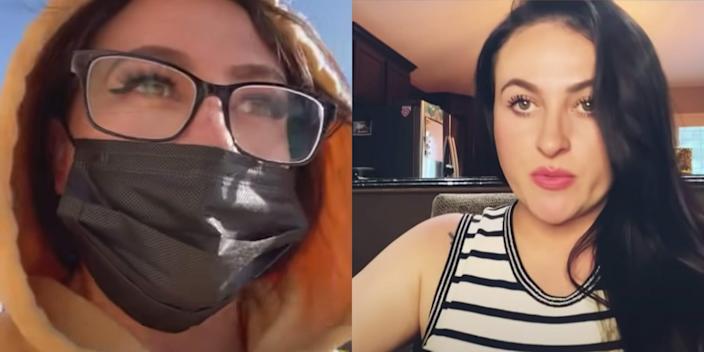 Casey Garcia was arrested on Friday in El Paso, Texas after she was identified posing as her 13-year-old daughter and for almost an entire school day.

Garcia is facing charges of suspicion of criminal trespassing and tampering with government records after the incident took place in the San Elizario Independent School District, according to CBS 12 News.

The 30-year-old documented her experience in the school on her phone and posted the video to YouTube.

Garcia can be seen in the videos wearing a yellow Marvel hoodie, a black disposable facemask, jeans, a backpack, and high-top sneakers.

“Do I look like a seventh-grader?” she asked in the video. “No? Cool. Awesome.”

But according to Garcia, no one noticed she wasn’t her daughter Julie until the seventh class period, which is at the end of the school day.

“I’ve been here all day, face-to-face with teachers,” she said in the video as she ate lunch without her mask fully covering her face.

Garcia then posted a follow-up video explaining her motivation for posing as her daughter and spending a day at school.

“I was nervous the entire time,” she said in the follow-up video. Garcia said she came into contact with the principal, several faculty members, and security at the front when she first entered at the beginning of the day. She said no one, including almost all of the teachers in the classes she attended, realized she wasn’t Julie. Before getting caught at the end of the day, the only trouble she got into was for having her phone out.

“The school was so concerned that my phone was out that they weren’t even paying attention to who I was,” she said.

Garcia said her intention was to keep the name of the school out of her story. Her motivation, she said, was grounded in exploring safety.

“This is about our children and the safety of our children,” she said. “That’s all I’m trying to do is prevent another mass shooting.”

Garcia did not immediately respond to Insider’s request for comment.

As of May 28, there have reportedly been a recorded 225 shootings in the US so far this year. In March, experts told Insider that school shoots in particular are likely to increase as more students get back into the classrooms after a period of remote learning. But they said the shootings can be prevented in part by implementing safety protocols and trainings.

The third video below shows Garcia’s encounter with the police on Friday, in which officers can be heard telling the 30-year-old she was being arrested in connection to a traffic warrant.

Well, it looks like Casey decided to f*ck around and found out exactly what she wanted to know.

Watch all three videos below.

The post Say What Now? Texas Woman Arrested After Posing as Her 13-Year-Old Daughter for a Day of Middle School [Video] appeared first on LOVEBSCOTT. 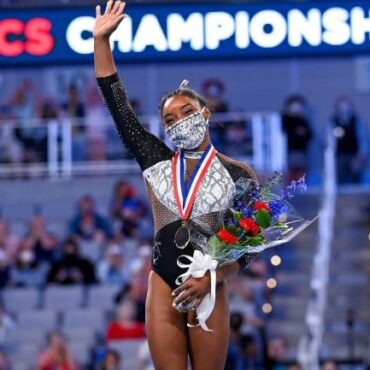 Simone Biles picked up her 7th national title at the 2021 U.S. Gymnastics Championship on Sunday at just 24-years-old. via People: The reigning world champion secured the individual all-around gold after winning the vault, balance beam, and floor routine events. Biles came into the second day of competition at the top of the leaderboard, with her training mate Jordan Chiles close behind in third, where she ultimately finished. Sunisa Lee placed […]