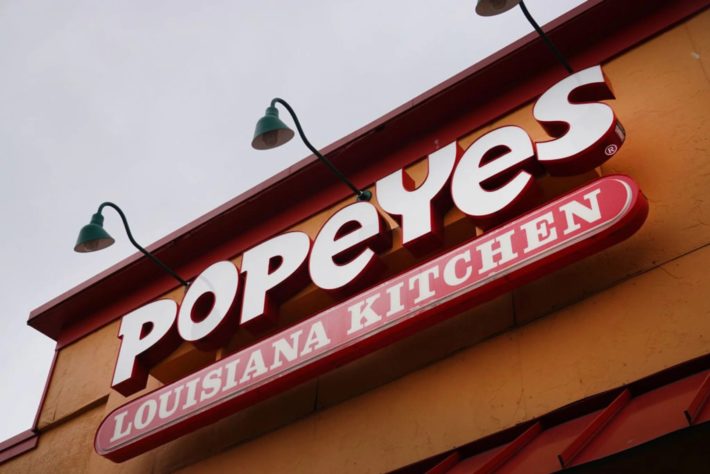 Police in Missouri say they’ve opened a criminal investigation after a sign appeared outside a Popeyes restaurant claiming it would ‘refuse service to white people’.

Police said they’re pretty confident the sign was posted by someone who isn’t a Popeyes employee after surveillance video IDed the suspect. The sign, which made the rounds on social media in St. Charles County reads, “Effective 6-1-21, this restaurant is under new management and will reserve the right to refuse service to white people. We apologize for any inconvenience. Signed, general manager, Mason.”

JUST IN: People thought this Popeyes in St. Louis was refusing to serve to white people???

Local police investigated and found that it was actually vandalism. An unnamed individual allegedly placed the sign there without informing the restaurant. pic.twitter.com/VYjKfKHBMX

“What it does is, it incites more hate,” said a local county woman who was named Karen, funnily enough. The manager of the Popeyes told News 4 that the restaurant had to close due to the backlash. Police additionally believe the sign was part of a prank, but they’re looking into a possible connection between the sign and recent vandalism at the restaurant. No arrests have been made at this time in connection with the sign.

Drama seems keep happening at the Popeyes drive-thru these days? At another Popeyes in Florida back in March, 3 women were arrested after attacking an employee who worked the drive-thru window. A bystander took out their cellphone and recorded the attackers punching the employee through the window and posted it to Twitter. People eventually ended up running out of the restaurant coughing after one of the girls sprayed an “unknown aerosol” through the window. One of the women was also accused of taking money out of the register.

Does anyone recognize these 4 women who attacked employees in the drive thru at Popeyes on Seacrest Blvd around 1pm today? Punches were thrown and one grabbed money from the register. pic.twitter.com/FJsIcJHyWS

Based on surveillance footage, the man who put up the sign doesn’t appear to be Black.

Below are subjects we believe posted the sign at Popeyes. They are NOT employees, former employees or associated with the business based on the information we have received. Please share and contact us at 636-625-8018 if you recognize these subjects or the vehicle. pic.twitter.com/KBe9GBkIec

Below are subjects we believe posted the sign at Popeyes. They are NOT employees, former employees or associated with the business based on the information we have received. Please share and contact us at 636-625-8018 if you recognize these subjects or the vehicle. pic.twitter.com/1Q0bhv72Be 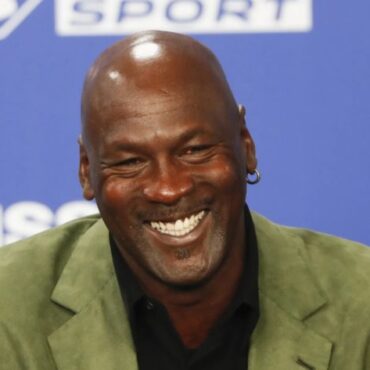 Michael Jordan is giving $1 million to Morehouse College in Atlanta to boost journalism and sports-related studies. via: Revolt Basketball great Michael Jordan has faced criticism for his philanthropy and lack of activism throughout his career. However in recent years, MJ and his Jordan Brand have been vocal and supportive of the plight of Black people in America. Last June, Jordan Brand announced The Black Community Commitment, a 10-year, $100 […]