Say What Now? Philippines Man Who Broke COVID-19 Curfew Dies After Police Allegedly Forced Him to Do 300 Squats as Punishment [Video]

Philippine authorities are investigating the death of a 28-year-old man who was forced to perform nearly 300 squats after officials say he broke local COVID-19 curfew rules last week.

Darren Manaog Peñaredondo, 28, was apprehended by village watchmen on April 1 in General Trias City, south of Manila, while he was buying water after 6 p.m. The curfew lasts from 6 p.m. until 5 a.m.

Reichelyn Balce said her husband was ordered to perform the exercises with others. Her husband had a heart condition and could barely walk when he got home the next day, she said.

“He said they were made to do pumping exercises for 100 reps. If they’re not in sync, they have to start over,” she told AFP.

Adrian Lucena, Peñaredondo’s cousin, posted on social media that Peñaredondo “had a convulsion, but we were able to revive him at home” before he was rushed to the hospital and died hours later.

National police spokesman Ildebrandi Usana said the city’s police chief and two officers have been removed from their posts pending investigation into the incident.

“It’s a knee-bender exercise,” Usana told AFP. “It’s painful. If that’s the requirement, you will really pass out especially, if you’re not used to it. Even policemen themselves find it difficult.”

Police have punished thousands of people for breaching curfew imposed last week on Metro Manila and four provinces bordering the national capital region to curb soaring infections. More than 24 million people in greater Manila remain under strict lockdown, among the longest in the world, as a severe surge imperils the country’s healthcare system.

The Philippines has confirmed more than 828,000 cases and is struggling with a positivity rate of almost 25%. More than 14,000 deaths have been reported.

The post Say What Now? Philippines Man Who Broke COVID-19 Curfew Dies After Police Allegedly Forced Him to Do 300 Squats as Punishment [Video] appeared first on LOVEBSCOTT. 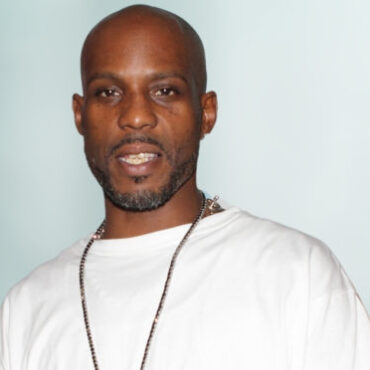 DMX’s Manager Says He’s Still on Life Support Amid False Reports He Died, But His Condition Is ‘Deteriorating Rapidly’ [Video]

DMX is not dead, contrary to reports on social media. Late Thursday evening, comedian Luenell took to Instagram with a post declaring her friend DMX ‘gone’. She quickly deleted her original post, then shared another one — clarifying that her interpretation of ‘gone’ doesn’t necessarily mean that DMX is ‘dead.’ Unfortunately, it was too late. Social media began running with the narrative that DMX had been taken off of life […]