Say What Now? Pastor’s Wife Planned Husband’s Killing with Man They Had Sex With 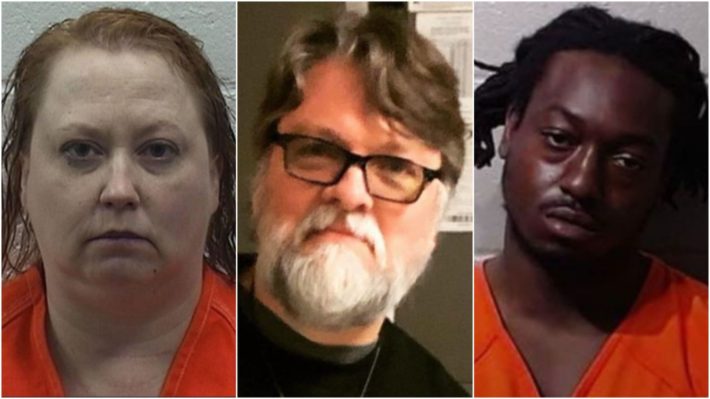 Kristie Evans called 911 after her husband was shot to death in their bed in the middle of the night.

According to her initial account,  she awoke to a “pop” and smelled smoke before seeing her husband, David Evans, bleeding from his nose and mouth and a hole in his head.

Investigators eventually found out that’s not what happened — at all.

The killing shocked Harmony Free Will Baptist Church, where David Evans, 50, was a pastor, KXII reported. The church organized a meal train for the pastor’s family, the news outlet reported.

“He was such a loved pastor, and he had a lot to give still,” a church member told KXII. “So that’s going to be missed in the future, the things he could have done for other people.”

In the days following his death, a different story emerged than the one initially told by the pastor’s wife.

Five days before the shooting, a neighbor recalled seeing a white Ford Mustang parked at the Evans’ home, and surveillance video the night of the shooting captured a similar vehicle slowly driving in front of the residence, according to court documents.

During an interview at her husband’s church, Kristie Evans said the car belonged to a man she knew only as “Kahlil.” The Oklahoma State Bureau of Investigation later identified him as 26-year-old Kahlil Deamie Square.

Evans told investigators she, her husband and Square met at a Super 8 hotel several months earlier, where the three had sex multiple times, according to court documents.

One time, Evans said she secretly dropped her phone number on the floor for Kahlil, and they continued communicating without her husband’s knowledge, according to court documents.

The week before his death, David Evans went on a mission trip to Mexico. While her husband was out of town, Kristie Evans invited Square to stay three nights and they had sex, according to court documents.

They also plotted to kill the pastor, police say.

During an interview Wednesday, Evans told investigators she asked Square to kill her husband, according to court documents.

Evans said she gave bullets and a gun — which her husband had acquired from a church member in a trade the month before — to Square and left the backdoor unlocked for him to sneak inside, police say.

When she heard Square in the house, Evans said she went to the dining room and saw him crouched down, according to court documents.

“Kristie urged him to proceed with the plan,” the documents say.

As Square entered the bedroom, Evans said she went to the living room and turned away, police say. Then she heard a “pop” and Square ran out of the house, according to court documents.

Evans said she went to her husband and saw him “gurgling” on the bed, police say. Then she sat on the side of the bed and called for help.

Evans was taken into custody immediately after the interview on suspicion of first-degree murder.

Square was arrested Friday at a home in Newalla, Oklahoma, and taken to Cleveland County Jail.

We have so many questions — but we also do NOT want the answers.

The post Say What Now? Pastor’s Wife Planned Husband’s Killing with Man They Had Sex With appeared first on LOVEBSCOTT. 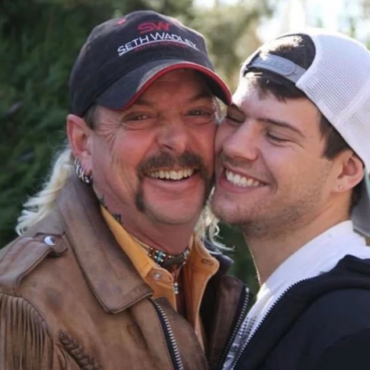 The ‘Tiger King’ is single again. Joe Exotic’s husband, Dillon Passage, is leaving him after all this time. Dillon made the announcement in a statement on Instagram and to the media. via Page Six: “To answer the main question the public wants to know, yes, Joe and I are seeking a divorce,” Passage wrote on Instagram Friday evening. “This wasn’t an easy decision to make but Joe and I both […]