Say What Now? Mrs. World Gives Up Crown & Speaks Out After Being Arrested for Snatching Tiara Off Mrs. Sri Lanka [Video] 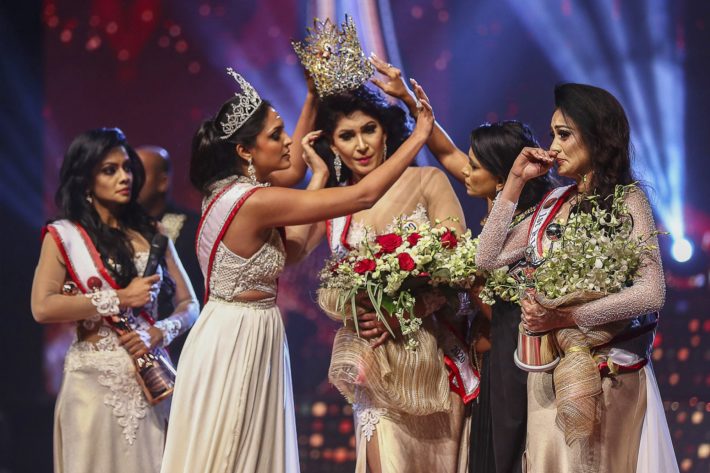 The pageant girls are fighting!

Reigning Mrs. World, Caroline Jurie, announced on Friday that she has given up her crown amid controversy after she snatched the tiara off of Mrs. Sri Lanka  during the pageant.

Pushpika De Silva won Mrs. Sri Lanka, but during the crowning ceremony on Sunday, Jurie snatched the tiara off De Silvia’s head, claiming De Silva was divorced which is against the pageant’s rules. De Silva, however, clarified in a Facebook post that she is separated, not divorced and said she was injured during the incident.

While taking off De Silva’s crown she was allegedly injured and Jurie was arrested and released on bail Thursday in relation to the incident.

Jurie discussed the drama in a video post about her decision to step away from the pageant that has been “tainted” by the crowning ceremony.

She continued, “The Mrs. World pageant was not created to discriminate divorced or separated women but to celebrate the dreams of the married women.” Jurie also implied that there are other pageants De Silva could have applied to as a separated woman.

“I know I burst a few bubbles, created conversation and even a discussion about class and values that a queen wearing [a] crown should stand for,” Jurie said. “If class is defined by how one behaves in the eye of the public, I will let you draw [your own] conclusion [on] that. But if class is also defined by how you behave when no one is watching you and what values you stand by, that is the true test of character.”

The former Mrs. World stressed the importance of standing up for “values even if it means to stand alone in the front of disaster.”

“My only intention was to stand up for the injustice caused to the competitors throughout this competition which was tainted with heavy politicization,” she said.

At the end of the clip, Jurie said, “I am now ready to hand over the crown,” before removing the crown from her head.

On Thursday, Jurie along with model Chula Padmendra were arrested on “charges of simple hurt and criminal cause” related to the crowning ceremony incident, police spokesman Ajith Rohana told BBC. Reps of Jurie and Padmendra did not immediately respond to PEOPLE’s requests for comment.

They both are expected to appear in court on April 19, according to the Associated Press.

In a video of the crowning ceremony, published by the Colombo Gazette, Jurie told the audience, “There is a rule that you have to be married and not divorced, so I am taking my first steps in saying that the crown goes to the first runner-up.”

She then removed the crown from the winner’s head and placed it on runner-up, prompting De Silva to walk offstage, the video shows.

De Silva later said she suffered “injuries to my skull” when Jurie “snatched” her crown.

“So, even though that symbolic crown has been snatched from my head, I would like to inform you that I have already taken the necessary legal action for the injustice and insult that has taken place,” she wrote in a statement translated from Sinhala.

The chief organizer of Mrs. Sri Lanka pageant, Chandimal Jayasinghe, also condemned Jurie’s actions, telling BBC, “We are disappointed. It was a disgrace how Caroline Jurie behaved on the stage and the Mrs. World organisation has already begun an investigation on the matter.”

Talk about drama! This sounds like it was taken straight from ‘Miss Congeniality.’

The post Say What Now? Mrs. World Gives Up Crown & Speaks Out After Being Arrested for Snatching Tiara Off Mrs. Sri Lanka [Video] appeared first on LOVEBSCOTT. 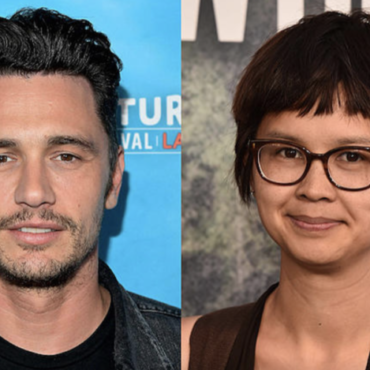 Charlyne Yi is speaking out about her experience working with James Franco and Seth Rogen on ‘The Disaster Artist’ — and she’s calling James a sexual predator. via The Point: On Thursday (April 8), the 35-year-old actress revealed on Instagram that she tried to quit the 2017 film and break her contract after learning of accusations of sexual assault against Franco. Franco, who directed the film, played Tommy Wiseau in the […]