Say What Now? Man’s Penis Rots After Getting Bit By a Cobra While on the Toilet

A 47-year-old man has suffered from a rotting penis after a cobra bit his genitals while he sat on the toilet during a safari trip in South Africa.

The New York Post reports, via Urology Case Reports (which contains extremely graphic photos of genitalia), the man suffered from scrotal necrosis after he was bit by the cobra. Urology Case Reports said that this could be the first-ever case of “snouted cobra envenomation of the genitals.” It took three hours before he could be flown to the nearest hospital approximately 220 miles away.

“His penis and scrotum were noted to be swollen, deep purple in color, and painful on hospital admission. Scrotal necrosis was diagnosed, and he received multiple doses of a non-specific snake venom antiserum and broad-spectrum antibiotics,” reads the medical report. “The scrotal necrosis was reported to involve the entire fascia (skin to internal spermatic) and was excised with extensive margins. Primary closure was performed, leaving a drain in situ. … The defect in the penile shaft was treated by superficial debridement and a vacuum assisted closure pump. After 9 days, the patient was repatriated to the Netherlands.”

Among the symptoms he reported following the cobra attack included vomiting, burning sensations, and a shooting pain throughout his body stemming from his groin. He underwent extensive reconstructive surgery, but required hemodialysis to treat injuries sustained to his kidneys.

The man has since made a full recovery, and a plastic surgeon performed a “penile shaft debridement, with extensive resection of dead tissue extending into the corpus spongiosum to the fold of the preputium.” The comments from the authors of the report added, “Always flush the toilet before sitting down in countries notorious for their snake population.”

The post Say What Now? Man’s Penis Rots After Getting Bit By a Cobra While on the Toilet appeared first on LOVEBSCOTT. 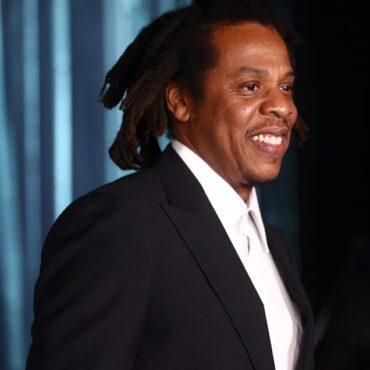 Jay-Z was born on the streets of Brooklyn in the late 60s. He sold drugs, rose to the heights of the entertainment business, and even got the hottest chick in the game to wear his chain. Decades removed from his tenement building in Marcy Projects, Jay still finds a way to give back to his community, however he can.Read more...