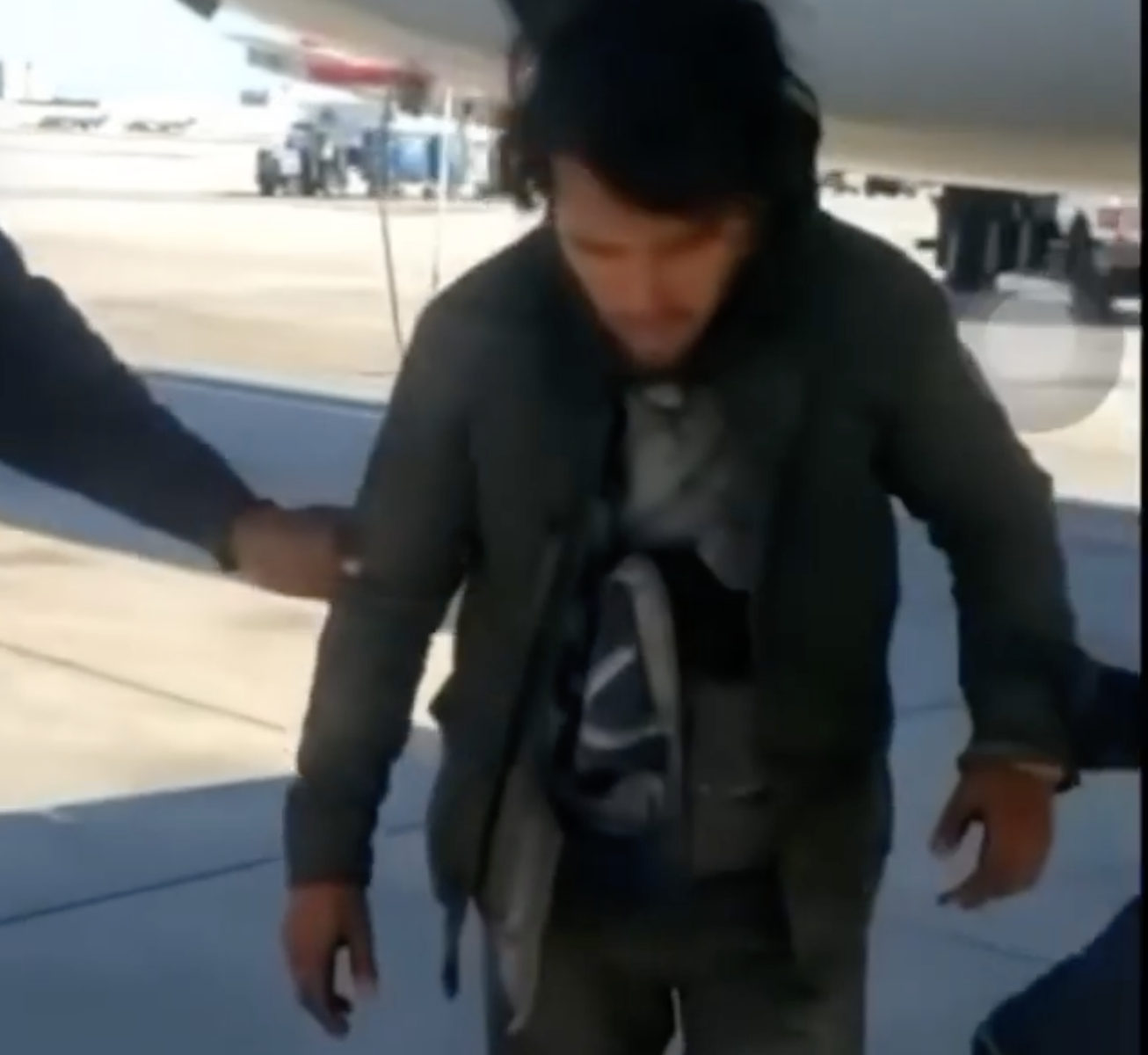 An apparent stowaway was found over the weekend in the landing gear of an American Airlines flight at Miami International Airport, CNN reports.

U.S. Customs and Border Protection said in a statement that the unidentified 26-year-old man had “attempted to evade detection in the landing gear compartment of an aircraft,” but was apprehended shortly after the plane arrived from Guatemala City early Saturday morning.

Footage taken after the discovery was made was posted by the Instagram account @onlyindade, and can be viewed below. The clip appears to show that he hid inside of what the New York Post identifies as the wheel well.

The man remained in the confined space for the duration of the flight, which lasted about two hours and 50 minutes. “Persons are taking extreme risks when they try to conceal themselves in confined spaces such as an aircraft,” CBP said. in a statement. “This incident remains under investigation.”

He was initially assessed at the scene before being taken to a nearby hospital for a medical evaluation. It’s unclear how the man got into the wheel well, and managed to survive. Accordingto Fox News, the Federal Aviation Administration reports that of the 129 people who have attempted to “stow away in the wheel wells or other areas of commercial aircraft,” 100 of them died.

He did all that to still get caught. Watch the video below.

The post Say What Now? Man Discovered Inside Landing Gear of Plane After Touching Down In Miami [Video] appeared first on LOVEBSCOTT.

Brian Laundrie’s body was discovered a few weeks ago and it has since been determined he died by suicide. His family’s lawyer has revealed that knowledge of a missing gun from the Laundrie family home was kept from the law enforcement. via Complex: CNN reports Steve Bertolino, a lawyer for the family, told reporters Friday that Laundrie’s parents surrendered their guns to law enforcement on Sept. 17, the same day they reported Brian Laundrie […]