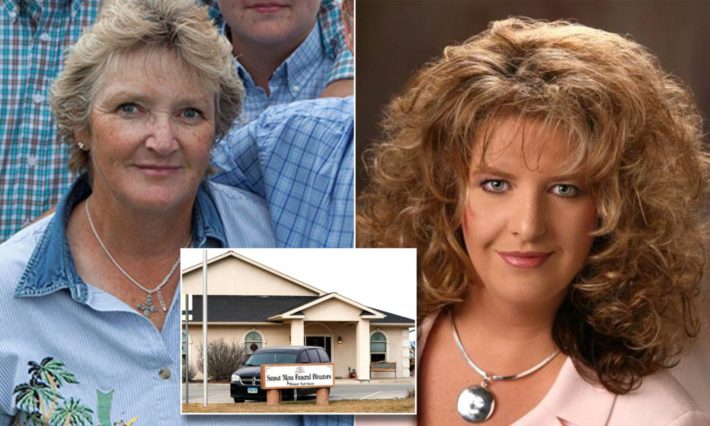 A Colorado funeral home that also sells human body parts has sparked an FBI probe after its owners were accused of removing gold teeth from dead bodies and selling them before using the money to go to Disneyland.

Following the plea, various charges against Megan Hess have been dropped. This includes five counts of mail fraud as well as three counts of transporting hazardous material.

The 45-year-old business owner and her mother, Shirley Koch, were indicted by a grand jury in March 2020 after being accused of selling body parts through their funeral home and even forging signatures on various consent forms. Ultimately, they misled families and failed to properly notify them as to how the remains of their loved ones would be handled.

“I exceeded the scope of the consent and I’m trying to make an effort to make it right,” said Hess during her guilty plea. Sunset Mesa Funeral Directors in Montrose was disguised as a nonprofit and hundreds of bodies were sold for research between the years of 2010 and 2018.

Ashes received by grieving families were not the remains of their deceased loved ones. Furthermore, some of the body parts sold to various companies belonged to people with infectious diseases, including HIV and hepatitis. This information was never disclosed to the buyers.

Victims of the schemes orchestrated by Hess attended the hearing and believed that she was not remorseful for the pain she caused.

“I would like to hear Ms. Hess admit what she has done instead of a jury finding her guilty,” said one victim, Debra Schum. Another person whose active military husband’s remains were apart of the funeral home’s system called the act “unconscionable.”

The prosecution proposes that Hess should serve between 12 and 15 years in prison, while the defense believes she should serve roughly under a year with a little over two years being the maximum. She is due for sentencing in January 2023.

‘Real Housewives of Dubai’ star Caroline Brooks thinks Lisa Rinna’s apology needs more meaning — and accountability. via Page Six: “I was surprised that that’s the route she went while apologizing rather than being more direct, like, ‘I messed up,’” the reality star told E! News. “But it could be grieving. I’m not gonna say she’s not grieving, I have no clue. But I read the apology, it wasn’t very […]