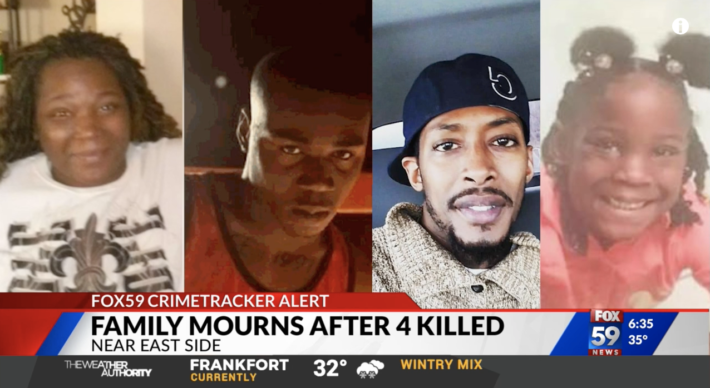 Four people are dead — including a child — following a family argument over stimulus checks.

Her family said Jeanettrius Moore worked hard at a beauty supply shop to support herself and two little girls and appreciated the most recent $1,400 stimulus check issued to help Americans recover from the COVID-19 pandemic.

The father of her youngest baby, Malik Halfacre, thought he should get half.

“He wanted some of Jeanettrius’ tax money, stimulus money,” said Wendy Johnson, a cousin who heard Jeanettrius’ account of what led up to a quadruple murder in a house in the 300 block of Randolph Street Saturday night. “She had just got her money, and he wanted half of her money.

“She said, ‘No, you don’t deserve any of this. I work. I take care of our child. You don’t do anything.’

“This was the day before.”

Johnson was told that on Saturday evening, Jeanettrius was outside at the curb looking after her car when Halfacre walked up.

“She said he gave her an evil look and walked off,” said Johnson. “He came back.”

Police said after Halfacre came back for a second time, four people were dead, the mother of his child was wounded, the baby was missing, and the ex-con was on the run.

During an exclusive interview with FOX59, the family identified the dead as Jeanettrius’ 7-year-old daughter, Eve Moore, her brother, 23-year-old Daquan Moore, her mother, 44-year-old Tomeeka Brown, and her cousin, 35-year-old Anthony Johnson.

“Malik came back in the house asking, ‘Where’s the money?’ said Johnson, repeating the account Jeanettrius told her.

“They’re like, ‘What money? What? What are you talking about?’

Johnson said she was told that’s when Halfacre started going through Jeanettrius’  purse.

“Daquan was trying to save his sister. He was taking up for his sister,” said Johnson. “He stood up and said, ‘You cannot have the money. You cannot have her money.’ That’s what she said and pushed Malik, and Malik pulled out the gun and just started killing everybody.

Johnson said Jeanettrius recalled that Halfacre took her and their infant daughter to the car, and after strapping the baby into a child safety seat, he reentered the house to retrieve a milk bottle.

Jeanettrius hid on a neighbor’s porch until IMPD officers arrived as Halfacre drove away with their child.

“He told her that she made him kill everybody,” said Johnson. “She made him do it.”

Jeanettrius directed officers to the home a block north where the victims were discovered. At the same time, Lorenzo Moore walked in the back door to find his brother, Daquan, and the rest of his family.

“I seen all my family members in there on the floor dead,” said Lorenzo. “I could put the picture together of how everything went down and how everybody went.”

Lorenzo said he was in disbelief.

“I didn’t even know that that was my people on the ground suffering because they let a monster out of prison.”

Halfacre was accused of shooting a man five times on the city’s north west side in early 2017 but was released from custody in 2018 after pleading guilty to a lesser charge.

“We always knew that he carried a gun,” said Lorenzo. “He didn’t have a job — just laying around being lazy.”

Lorenzo said his sister was afraid of Halfacre.

“It was like you could feel this fear, but you never want to do anything about it because you’re too scared and it might come to what it’s come to,” he said. “Just him being angry about not having any money and him not doing anything for himself, so he thought he would just take something from her.”

Several hours later, the couple’s baby was recovered unharmed on the city’s north east side while almost 24 hours after the killing, following a four-hour-long SWAT stand off on the east side, Halfacre emerged from a duplex in handcuffs after hiding in an attic to avoid several volleys of tear gas that had been fired inside.

“He just felt he could take from her,” said Lorenzo.

In the middle of the grieving family is Shawn Brown who lost a sister, two nephews and a niece on Randolph Street Saturday night.

“We grew up so close. We was always together,” said Brown, “but at the end of the day, we are blood, and we love each other, and we hate to see something like this happen. It is the most tragic thing that has ever happened by far to my family.”

Brown knows of what he speaks, having lost one brother to drowning and two of his wife’s cousins to murder on the far east side a year ago.

“I feel like this gun violence has touched enough people that y’all can go ahead and knock it off,” Browns said. “It’s been enough. Enough is enough.”

The family now is struggling to raise the funds to bury four loved ones.

Brown said Eve used to call herself “Uncle Shawn.” Anthony Johnson leaves behind his wife, Renee, and 3-year-old son, Anthony III. Daquan was the family cutups, making everyone laugh, and Tomeeka relished her role as a mother.

“Her whole life was her kids — period. That’s all she knew,” said Brown, who called Daquan “The Next Big Thing” because of his possible future as a rapper and comedian. “He got robbed. He had so much potential.”

“The world was robbed.” 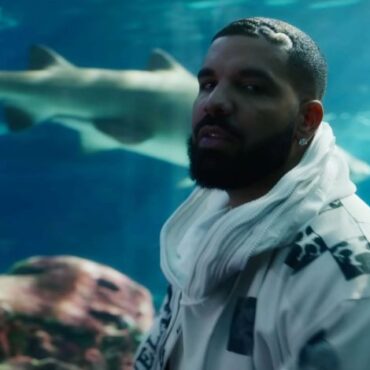 Drake Become First Artist in History to Debut at #1, #2, and #3 on Billboard Hot 100 Simultaneously

Drake is continuing to make history. He’s become the first artist ever to debut three songs in the top three simultaneously. via Billboard: The lyrics of Drake’s new song “What’s Next” have proven prophetic, as the track debuts at numero uno on the Billboard Hot 100 (aka, the “Hot one hundo”). He also becomes the first artist to enter the chart at Nos. 1, 2 and 3 simultaneously, as the […]