Say What Now? Florida Woman Gets 30 Days in Jail After Being Filmed Coughing on Cancer Patient [Video] 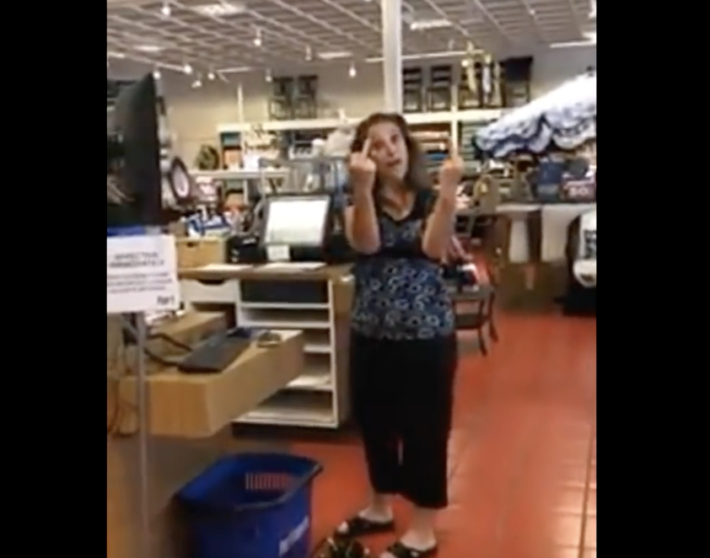 A Florida woman was sentenced to just 30 days in jail after she was caught on camera intentionally coughing on a cancer patient during the pandemic last summer.

According to The Associated Press, the incident took place in June 2020 at a Pier 1 location in Jackson, Florida, where Debra Hunter was filmed arguing with store employees. Customer Heather Sprague began filming the altercation with her phone before Hunter threatened to cough on her.

“Do you really need this? What do you want me to do? Post it for you?” Hunter asks Sprague, referring to the video recording.

Hunter then flips Sprague off and proceeds to walk toward her, saying, “I think I’ll just get real close to you and cough on you then. How’s that?” Hunter then gets in Sprague’s face and coughs on her before uttering “asshole” as she walks away.

Sprague, who is being treated for a cancerous brain tumor, filed a police report several days later, which led to Hunter’s arrest on a misdemeanor assault charge.

“I worried for the health and safety of my children, and wondered how in the world I could possibly isolate to protect them — in a household of 12 — if I had been intentionally infected,” Sprague said in court this week.

The victim claimed she spent days with anxiety as she tried to find a place where she and her family members could get tested for COVID-19. Fortunately for Sprague, everyone in her household tested negative—including her.

Hunter told the judge her family has continued to suffer because of her actions. She claimed her children continue to friends and they avoid going out in public out of fear of being recognized. Duval County Court Judge James Ruth expressed frustration that Hunter’s testimony was more about her family’s struggles rather than the harm she caused to Sprague.

“Her children didn’t create this problem and her husband didn’t, and she talked about how it changed her world and she was getting nastygrams on Facebook and things of that nature and they can’t go to their country club or wherever,” Ruth said. “But I have yet to see any expression, or a significant expression on her regret about the impact it had on the victim in this case.”

The judge also sentenced Hunter to six months probation, and ordered her to pay a $500 fine, cover the costs of Sprague’s coronavirus test, and enroll in anger management classes.

We think she should’ve gotten at LEAST six months — but hey, it IS Florida.

The post Say What Now? Florida Woman Gets 30 Days in Jail After Being Filmed Coughing on Cancer Patient [Video] appeared first on LOVEBSCOTT. 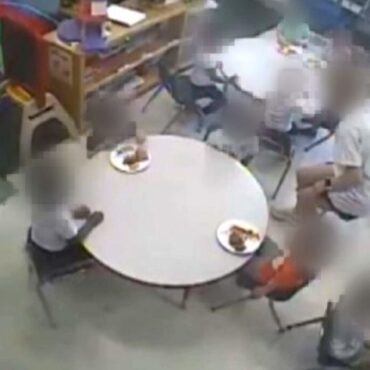 Roswell daycare is under fire after a livestream video appears to show white children being fed lunch first before all of the Black kids. via CBS: “They were skipping all of the Black kids it seemed like,” said father Adryan McCauley. The family said they saw it happen while checking in on their 2-year-old through a video livestream for the Kids R’ Kids Roswell location. “All the white kids got […]